At the beginning of the year, LEGO released nine new LEGO Technic sets. Five of the sets are smaller and simpler, and four of them are advanced models. The smaller sets are great for getting introduced to the complexity of the LEGO Technic building system, without getting intimidated by the difficulty of the larger builds. Below, we will take a look at the 2019 LEGO Technic sets with the help of LEGO Technic expert and reviewer Sariel. 🙂 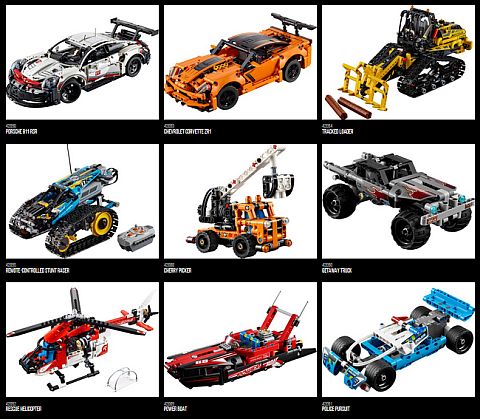 ➡ #42088 LEGO TECHNIC CHERRY PICKER: This little 2-in-1 set is actually a re-release of the #42031 LEGO Technic Cherry Picker from 2015, but in a new color. The earlier set had a yellow, red, and black color-scheme, while the new one is mostly orange with a bit of blue, white, and black. Even though this set is small, it comes with a decent amount of functionality, play-features, and some rare pieces/colors. The cherry picker has a detailed lifting mechanism with working boom and basket (the basket can fit a minifig!) The secondary model is a little tow truck. This set is a good introduction for kids to learn the basics of gears, force, and movement. The only downside is that it doesn’t have a working steering system. 155 pieces. Price: $9.99 – BUY HERE 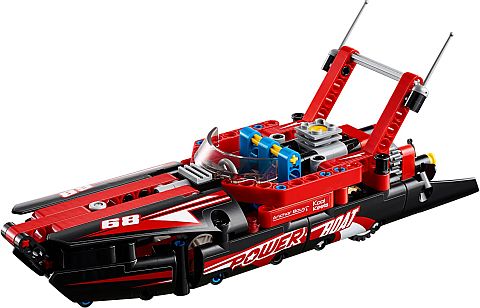 ➡ #40289 LEGO TECHNIC POWER BOAT: This is another small 2-in-1 LEGO Technic set with a power boat as the main model and a hydroplane as the secondary model. The boat is on wheels, and as you maneuver it, you active the moving engine pistons and spinning propeller. This model is lacking in terms of functions and playability even compared to similar size and price sets, but it does look sleek. You can watch the video-review below to see how it works. 174 pieces. Price: $14.99 – BUY HERE 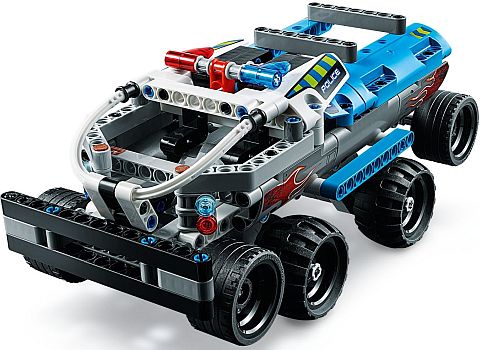 ➡ #42090 LEGO TECHNIC GATEWAY TRUCK & #42091 LEGO TECHNIC POLICE PURSUIT: I’m a big fan of the LEGO Technic Pull-Back Racers, and have been collecting them since 2013, when they first became available. Since then, LEGO has been releasing two Pull-Back Racers each year, and the two sets can even be combined to make a larger model with two motors! I like them because of the sturdy designs and the powerful pull-back motors. They can even jump over and crash into obstacles. It’s really fun to race them! I think the gateway truck has the better design, but I do like the police car’s color-scheme and low profile (better jumps!). The combo model is an awesome eight-wheeled, two-motor monster vehicle. Both sets are between 120-130 pieces, and the price of each is $19.99 – BUY HERE 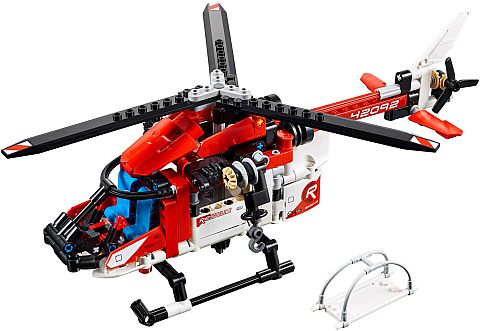 ➡ #42092 LEGO TECHNIC RESCUE HELICOPTER: This set is also a 2-in-1 model, and the larger size means more realistic features and functions. The helicopter has spinning rotors, opening side and rear doors, working winch and a rescue stretcher. The set can be rebuilt into a futuristic concept plane. Both models are very cool and work really well. This is a good, solid LEGO Technic set in the lower price-range. Watch the video-review below to see all the play-features and functions. 325 pieces. Price: $39.99 – BUY HERE 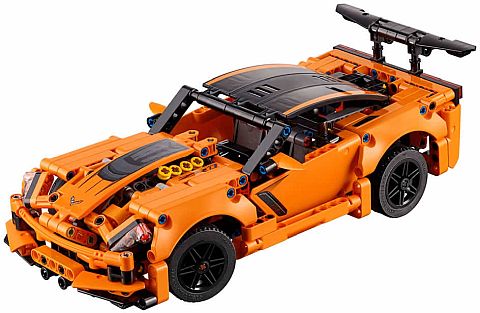 ➡ #42093 LEGO TECHNIC CHEVROLET CORVETTE ZR1: This is another 2-in-1 set, with a replica of the iconic supercar as the main model and a sweet looking hot rod as the secondary model. The main model has working steering and a visible V8 engine with moving pistons. It also comes with an authentic orange and black color scheme, black spoked rims with low-profile tires, large rear wing, and 4 tailpipes. As you will see in the video-review below, Sariel is pretty harsh on this model due to the inaccuracies compared to the real car and the lack of functions, but I like it. It is relatively small for a licensed LEGO Technic car at 3” (8cm) high, 11” (29cm) long and 4” (12cm) wide, so it would have been difficult to add more features. But I think both the main model and the alternate model looks great. 579 pieces. Price: $49.99 – BUY HERE 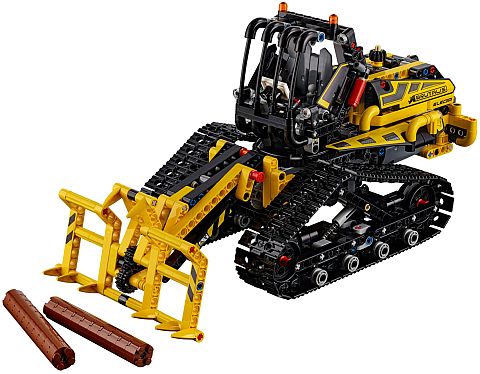 ➡ #42094 LEGO TECHNIC TRACKED LOADER: LEGO Technic is known for its advanced work vehicles. Here, the main model is a loader, and the alternate model is a tracked dumper. On the loader, you can rotate the cab through 360°, lift and lower the boom and operate the claw to grab the included tree trunk elements. Other features include a working 2-speed winch and rugged ground-gripping tracks. As you will see in the video-review below, most of the functions work really well, there are lots of useful pieces, both models look great and they are robust as well. This set also has good potential for motorization. 827 pieces. Price: $79.99 – BUY HERE 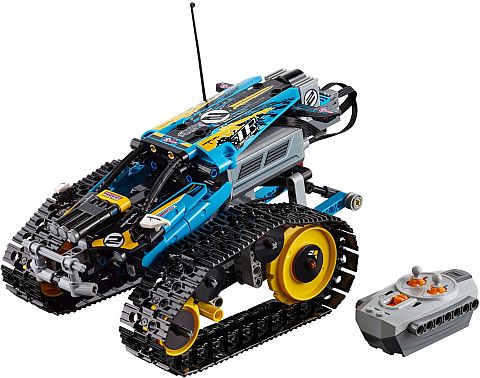 ➡ #42095 LEGO TECHNIC REMOTE-CONTROLLED STUNT RACER: Pull high-speed wheelies, spins and turns, and traverse rough terrain with this fully motorized vehicle! Drive forward, backward, left or right and make 360° turns. The vehicle has large ground-gripping tracks and drives like a tank. According to Sariel, this is the best remote-controlled vehicle LEGO released in recent years. He also compares it to another recently released remote controlled Technic set, the #42065 LEGO Technic RC Tracked Racer. I have included both the full review and the comparison video in the player below. This set is also great value for the money, as it includes 2 large motors, receiver, battery box and a remote control – basically everything you need to start building remote-controlled tracked vehicles. There is an alternate model here as well, but it is not much different from the main model. 324 pieces. Price: $99.99 – BUY HERE 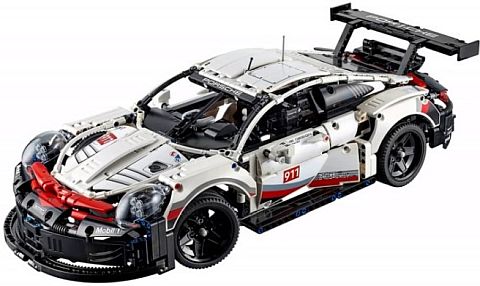 ➡ #42096 LEGO TECHNIC PORSCHE 911 RSR: This vehicle is impressively large and detailed, in fact it is almost as big as the more expensive large LEGO Technic sports cars, and measures over 5” (13cm) high, 19” (50cm) long and 7” (20cm) wide. Functions include a visible, working differential, independent suspension and a six-cylinder boxer engine with moving pistons positioned in front of the rear axle, while the accessible cockpit features a radar screen, working steering, fire extinguisher system, and even a track map of the Laguna Seca circuit printed onto the driver’s door. Most of the details and functions work well, although there are some issues as well. The set relies on a large number of stickers to recreate the look of the original vehicle, the wheels and tires look too small, the steering is hard to access, and there is no transmission. Watch the video-review below to see all the details. 1,580 pieces. Price: $149.99 – BUY HERE

In summary, the 2019 LEGO Technic collection comes with a good mix of vehicles that are suitable from beginners to advanced builders, and in different price ranges. As I mentioned above, I’m partial to the Pull-Back Racers and the Chevrolet Corvette ZR1, but you may like some of the other ones. You can find all the new sets, along with some of the previous releases, at the LEGO Technic section of the Online LEGO Shop. 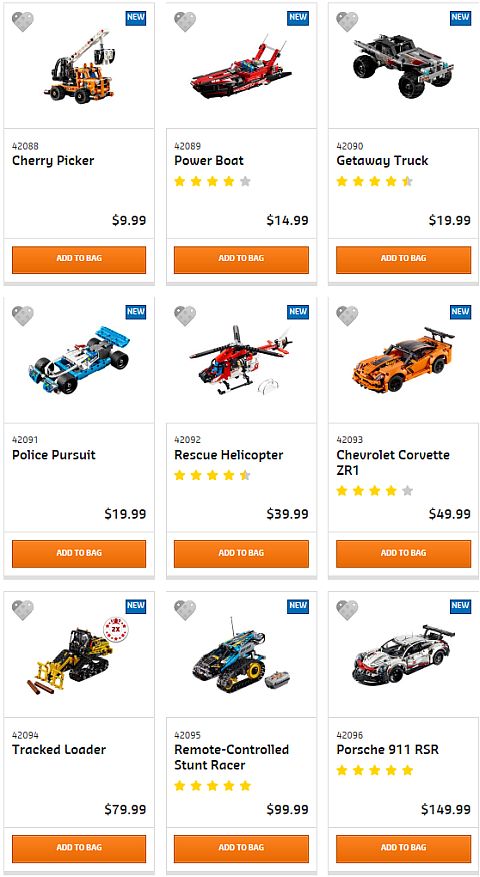 What do you think? How do you like the 2019 LEGO Technic sets? Do you have any of them already? Feel free to share your thoughts and own reviews in the comment section below! 😉