Celebrating sixty years of the LEGO brick, LEGO and BrickLink.com teamed up to run a number of crowdfunding projects to create exclusive sets. To learn more about this initiative, visit the links at the end of this post. In summary, the process involved having fans submit their ideas into BrickLink’s Stud.io platform for possible consideration. Out of all the projects, sixteen were selected as potential sets. This meant that for each project to move to the next step, other fans would have to pledge their support to make it pass the funding goal. Sadly, three of the projects did not meet this goal. After a lengthy two-month process, the campaigns were closed and production began. As of this writing, many of the sets have been sent out to backers already. I personally received mine recently. 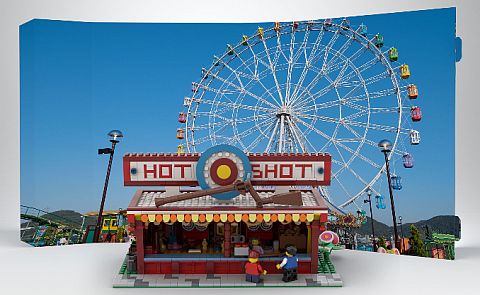 As a fan of the LEGO fairground sets, I fell in love with BRIXONATOR’s Hot Shot Carnival (officially named #BL19010 Hot Shot Carnival). It is an expert level set design, featuring a fully realized carnival booth. With this being a fan design, I was excited to see a fresh approach that we might not see from official product releases. (Keep in mind, LEGO has to appeal to the widest audience possible for their sets to sell well. Therefore, many subjects that might attract one group won’t be cost effective or even appropriate in certain markets.)

A fan’s design is typically more focused on who it’s trying to appeal to. This means if you fall under that category, then the set will really fit your tastes. That is probably why BrickLink elected to do so many campaigns all at the same time. They must have figured each project was niche enough that they needed to give people more options so something would work. Honestly, thirteen out of sixteen successes is a pretty good return. In the video below, you can see several of the other approved designs that came out of this collaboration, including the finished packaging, the integrated backgrounds, the special commemorative printed brick (which is included in all the sets) and more.

And now, let’s discuss my experiences with the Hot Shot Carnival, as well as some of the interesting building techniques I found.

Cracking this set open, it immediately feels a lot like the world’s best accessory pack. You get a tea pot, gold nugget, gold bar, two teddy bears, an electric guitar, a couple of different bottles, an array of trophies, rifles, a sack, small and large container boxes, a push broom, a garbage can, and so much more. The bottom line; this set is dense when it comes to minifigure accessories. Added to all this we also get those unique red 1x4x6 wavy wall panels that so far only appeared in the #70922 LEGO Batman Movie Joker Manor. And boy oh boy, are there a lot of them! From a parts value perspective, this set provides a lot of high value pieces. 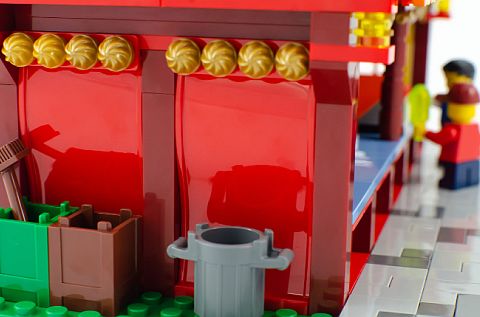 The building process is interesting. The set has what I would consider the full expert building experience in a tight package. It has the high detail in the fully loaded booth, as well as a pretty great 360 degree view. The only exception is the back of the sign, which looks a little rough, but all signs in a carnival should look rough, so that gets a pass from me.

The next aspect on a expert level set is the consistent design. Just like when you make a large bank of windows for a LEGO Modular Building, you get the impression just how many pieces you have to source to build something effortless. It’s one of the biggest hurdles for a novice builder to get into the expert realm. You get that experience in the construction of the booth. 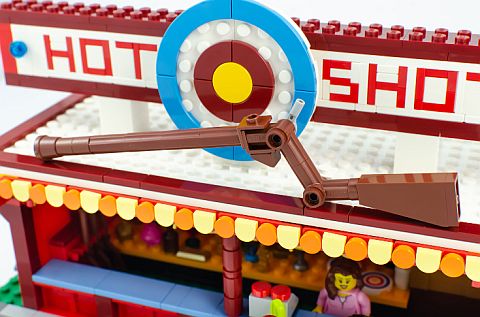 A final feature that’s very important in expert level sets is that you can build something intricate. Here, this shows up in the signage. You might recognize the font style from the #10218 LEGO Creator Pet Shop and the #10246 LEGO Creator Detective’s Office. There is no need to change something that works, so BRIXONATOR uses the same type of lettering when writing out “Hot” and “Shot”. He even manages to throw in a few nuances in the design to keep things fresh.

But the star of the show is the large rifle. As far as builds go, it’s not the most complex design, however it lovingly recreates the famous LEGO gun on a larger scale, which gives it a whole other level of charm. It’s always worth taking note when someone creates something simple, but so thoughtfully done, that the only way to describe it is that it’s elegant. 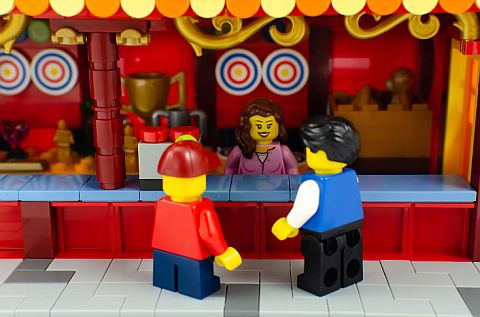 Are there things I’d change if I were designing this set? Sure, but the more important question is, do I feel I need to make any of those changes? Absolutely not. Clearly, this set pushes all my buttons and I’m glad it got made. In the video below, I share some additional general thoughts on the set.

I often look at fan designs just to see how they approach building. This set is a good example because it wraps the interior. Before I get to explaining what I mean, let’s talk about a situation you may have faced at some point. Let’s say you have all these great ideas for things to put inside your creation. You have a custom-built bowling alley and shoe rental, some arcade games and a pinball machine, and a whole layout for laser tag. You know your creation is going to be big, but you have no idea just how big. That’s where this technique comes in handy. 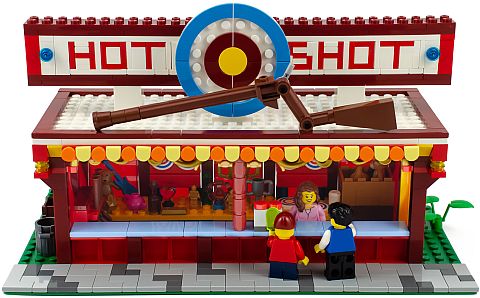 You start by creating all the interior elements you want. Then you arrange them in the locations you want them to be in. Once that’s done, you can now wrap it in some sort of housing like a building or a booth. The downside to this technique is that all the interior elements can get in your way. You may even knock them over, repeatedly. Of course, that is also this technique’s biggest strength. You know exactly how much room you need to make everything work. 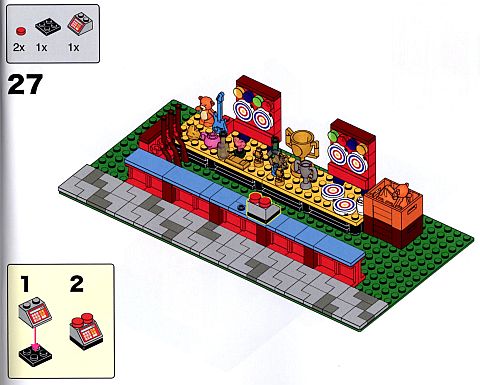 That’s what happens in the Hot Shot Carnival building process. The booth is fully furnished before you even make a single exterior wall. I was not expecting that. LEGO often hints at or gives you small details while it has you construct a large model. But this set doesn’t have that luxury of time. So it gets to the good stuff and finishes strong. Though I will admit that this method works best on single story buildings, as each additional floor is often subject to the space provided by the floor below it. Still, it’s a great way to ease you into detailed interiors.

Building words out of LEGO has always been impressive. It’s even more so when it can be done in scale with minifigures. The #10182 LEGO Creator Café Corner was my first experience with lettering, and each time I’ve seen it since then, I’m always amazed. 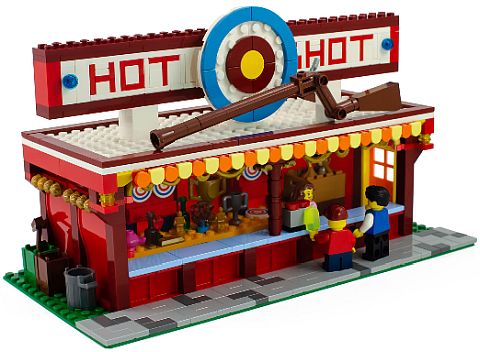 One of my favorite ways to do lettering is through the adjustable method. That’s where you take vertical elements and horizontal ones and combine them only when you need to. In order to accomplish this, a bar is set up behind the letters so that they can clip onto it and be held securely. Looking at this set from behind, you can see how all of this is done. There is a bar or two held up by two bricks with the top brick having some way to hold the bar. The letters will need a tile to rest on and you’re good to go. The letters themselves can be built in two ways; vertically with a vertical clip on one of the top studs, or horizontal stacks with a horizontal clip located one plate thickness from the top of the stack. To make your life easier, here are a few tips. 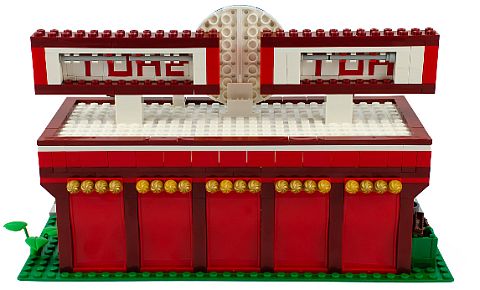 Make the tile you rest the letters on an even number of studs. If you do an odd number for the tiles, you then have to bring in brackets to even things out, and this can become a mess. Over the even number of studs, you will want two things to happen. All the horizontal sections need to be an even number (i.e. two studs, four studs, six studs, etc.). Next, all the vertical building need to have a thickness that can be divided by five plates. They don’t need to be together, just the full length of the letters needs to be that size. The reason for this is the five/two rule; five plates sideways is equal to two studs wide. So, if you have a tile section that is eight studs long, you can have four studs upright and ten plates worth of thickness and it’ll all fit. 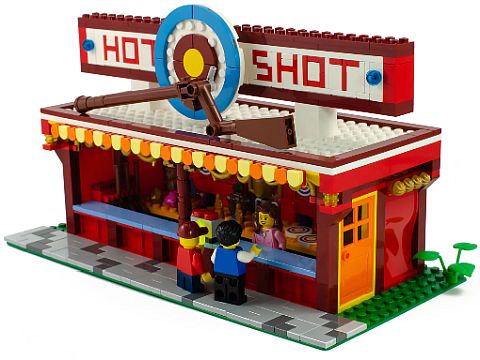 Combine this with the ability to shift things around on the bars, and you get a very adjustable letter creation process. It takes some practice getting used to, so don’t worry if your first attempt doesn’t look like how you expected. But it really is worth the effort to learn how to do intricate lettering with LEGO.

With programs like LEGO Ideas, it might be worth thinking about what your creation offers when it comes to building experience and not just the final result. What do you like when building a LEGO set? And can you ensure that others will have a similar experience when building your model? This is most definitely something LEGO’s own designers have to consider if and when anything you make gets in front of them for their approval. So, it may help your chances if you consider the building experience from the start. 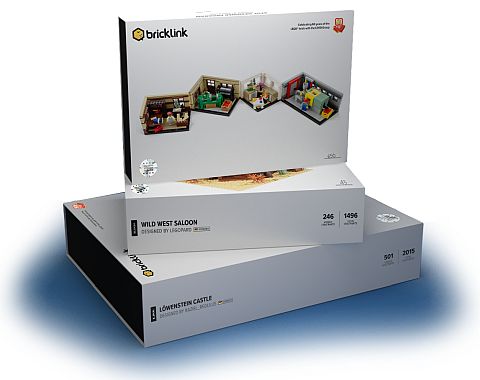 Speaking of fun experience, I would say that wrapping an interior is probably the best way for an intermediate builder to start a design. It let’s you get into the most entertaining parts of a creation without taxing you on boring details. Which is a great way to get inspired and motivated to realize the rest of your design.

Finally, adjustable letters are clearly an advanced technique. The Hot Shot Carnival actually does a much better job teaching you how to do it than I have seen in official sets. Just to warn you, when you start getting the hang of it, you might find yourself building a lot of signs. Good luck, and happy building! 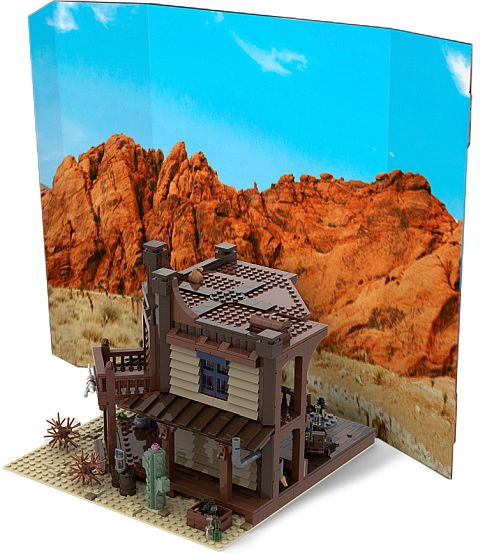 While the crowdfunding stage of the BrickLink AFOL Designer Program is now over, the thirteen successfully crowdfunded projects are still available for general sale until the end of June. Please note that one of the projects is already sold out, and the others are available in limited quantities. If you want to take a look, visit the BrickLink AFOL Designer Program website. 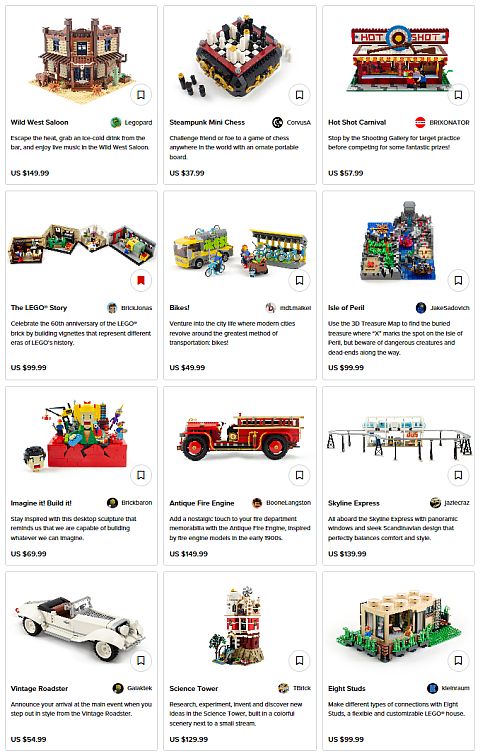 What do you think? Did you get any of the BrickLink AFOL Designer Program projects? How do you like them? Would you like to see other similar collaborations between LEGO and LEGO fan communities? Feel free to share your thoughts and own reviews in the comment section below!