All aboard! Today, LEGO announced the arrival of the #71044 LEGO Disney Train and Station set! Below are the press release with set description, pricing, availability, and other details. Look through the information and let’s discuss!

LEGO brick and Disney fans alike will be able to build their very own scale version of the famous steam-powered locomotives as seen at Disney theme parks around the world with the new #71044 LEGO Disney Train and Station. Each of the cars has room for several minifigures to sit. The parlor car features rich interior detailing including armchairs, tables complete with flower vases, and a small tea set. The train measures an impressive 77cm when all the carriages are connected making it the perfect size for the 16-piece track. 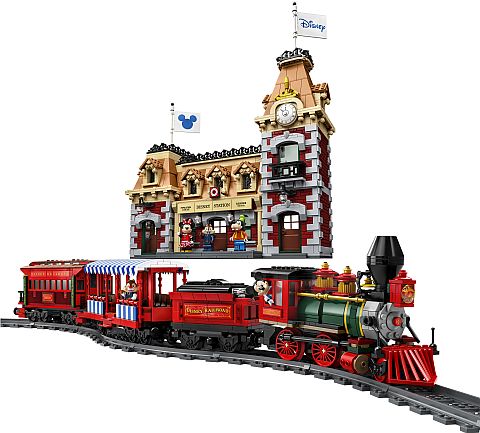 The set also comes with LEGO Powered Up elements, concealed within the tender car, and classic LEGO magnetic couplers to connect the carriages and move the train. The train has app-controlled functionality, meaning builders can use their smart phone or tablet to drive the train forward, reverse, and emit realistic sound effects. The Disney Parks-inspired train station features miniature locomotives and picture frames with details inspired by the actual stations. Inside the station you will also find an array of intricate brick-built furnishings and details, including draped windows, wall clock, ceiling chandelier and a tower room with a little LEGO surprise! The train station measures over 39cm high and 35cm long giving the perfect backdrop for the LEGO Disney train. 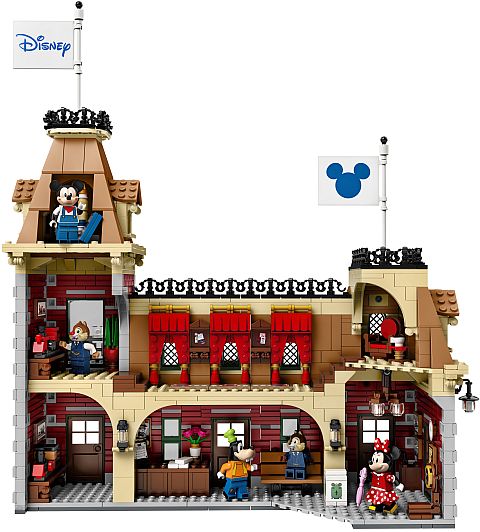 Here is the official description of the set: Celebrate the magic with the LEGO Disney Train and Station! Gather the family for a rewarding build and play experience with the #71044 LEGO Disney Train and Station. Kids will love to join Disney characters Mickey Mouse, Minnie Mouse, Chip, Dale, and Goofy for magical adventures with this awesome LEGO train set, featuring a motorized steam-style locomotive with tender, passenger car and a luxurious parlor car, plus an oval track and an iconic Disney Parks-style station building. This set comes with an array of cool details, including app-controlled functionality. Use a smart phone or tablet to drive the locomotive forward or reverse, and emit realistic sound effects. Joining up the train cars is simple with the magnetic LEGO couplings, and the panels on the parlor car open for access to its detailed interior complete with table, armchairs, teapot, and cup. And the fun doesn’t end there! Inside the toy train station building there’s an array of intricate brick-built furnishings and details, including draped windows, wall clock, ceiling chandelier, and a tower room with a little LEGO surprise! 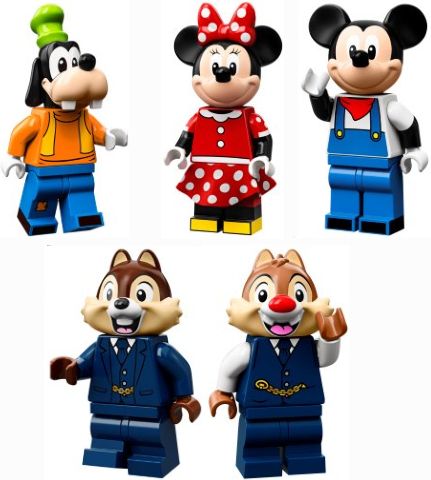 Here are some additional pictures of the interior, showing some of the decorations, accessories, and minifigures. Note the cute little model trains, the partially hidden 2×3 printed Disney Castle tile, and the roof decorations made with black droid legs and handcuffs! 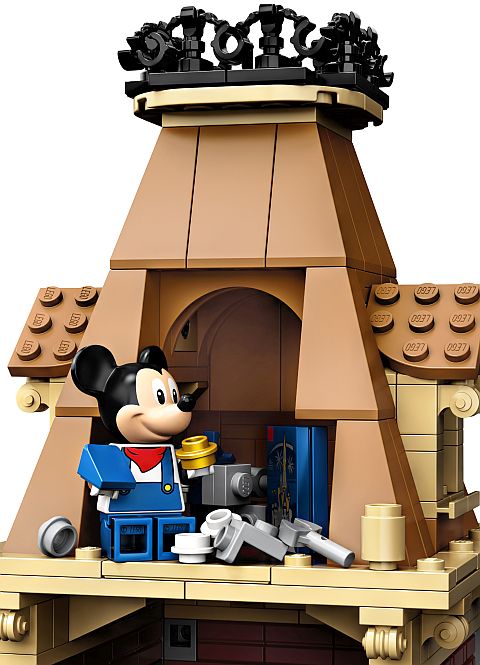 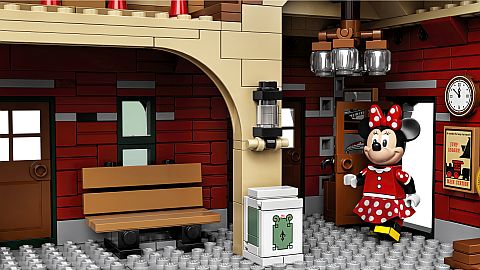 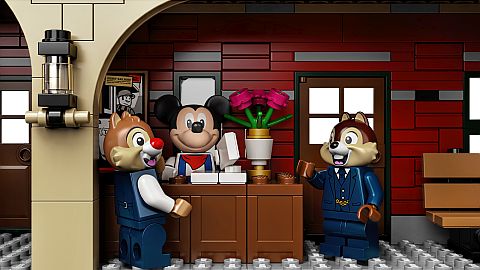 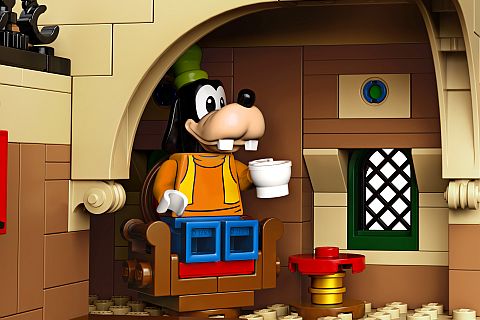 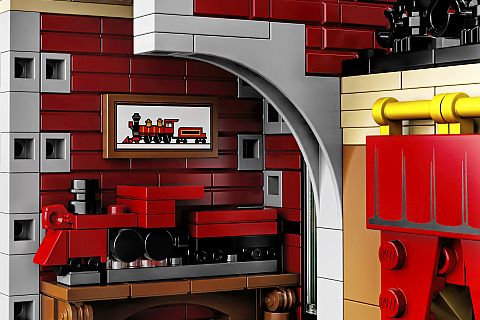 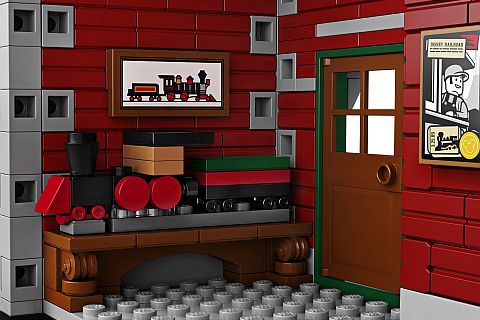 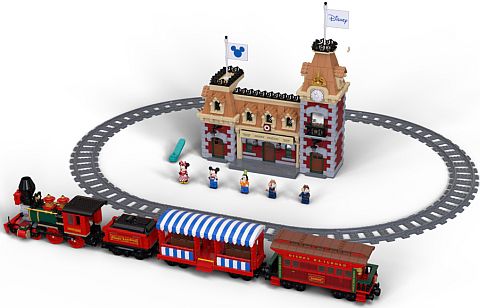