With Halloween coming up, it’s time to build some LEGO Halloween creations! I recently came across a very talented LEGO builder on Facebook named Chad Parker. Last year, Chad built a series of gingerbread houses for the holiday season, and this year he decided to build a series of pumpkin houses for Halloween. Below, I have included samples of both the gingerbread houses and the pumpkin houses to give you an idea what they look like, and you can see more on Chad’s Facebook page. Enjoy! 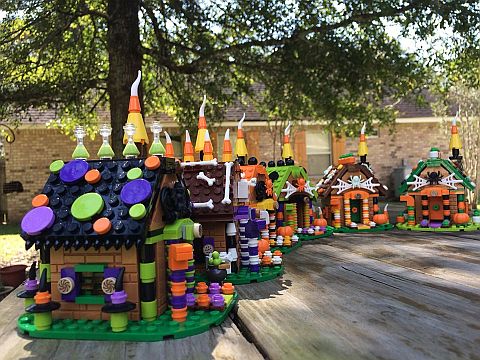 For the Halloween-themed gingerbread houses, Chad used the #40139 LEGO Gingerbread House set released in 2015 as a template, and gave it a makeover with Halloween colors and decorations of spiders, webbing, bones, skulls, ghosts, and even a vampire gingerbread man! 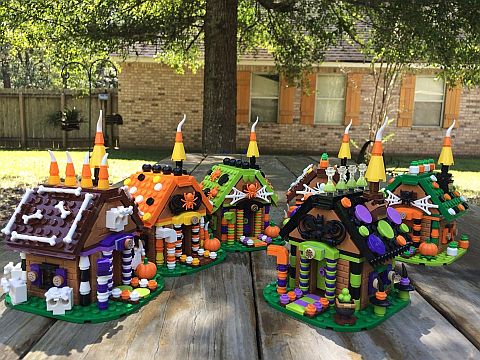 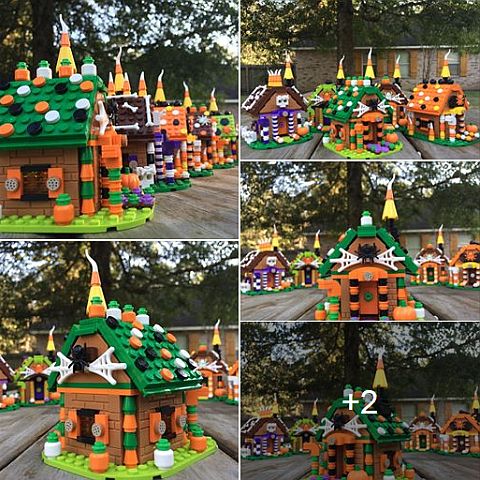 The white pumpkin below is decorated with gold accents and surrounded by purple flowers and mini pumpkins on brown vines. It was the first pumpkin Chad built for this season. 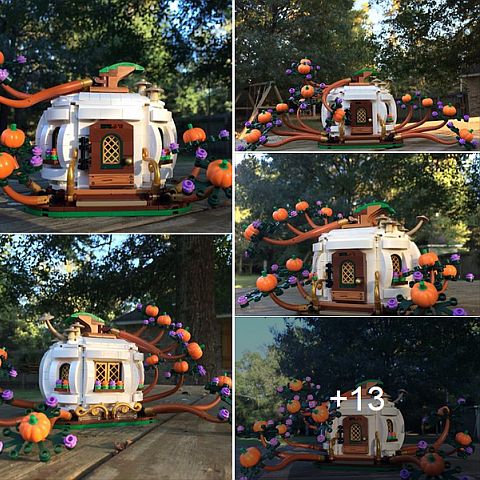 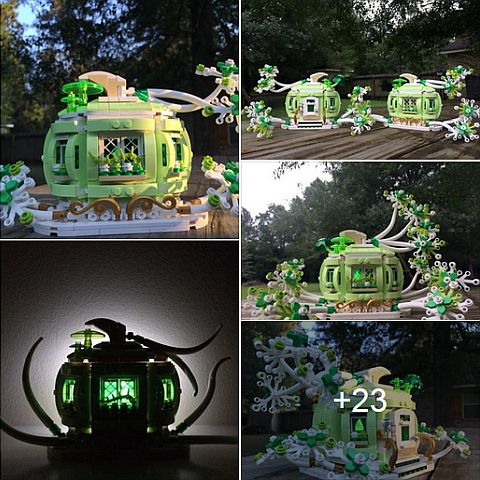 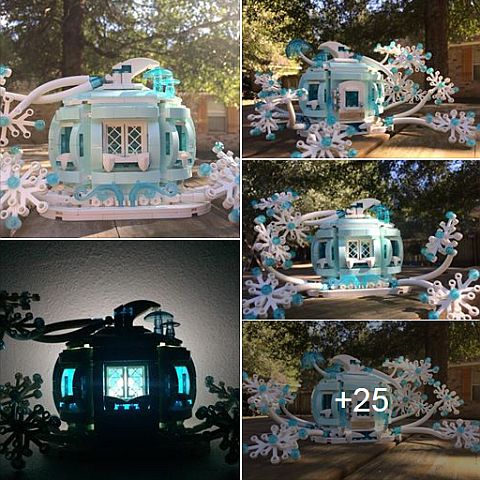 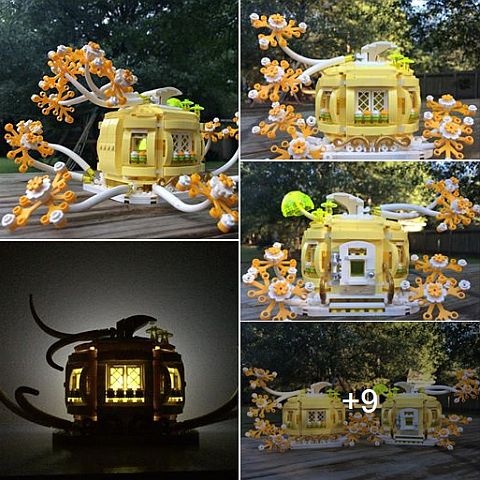 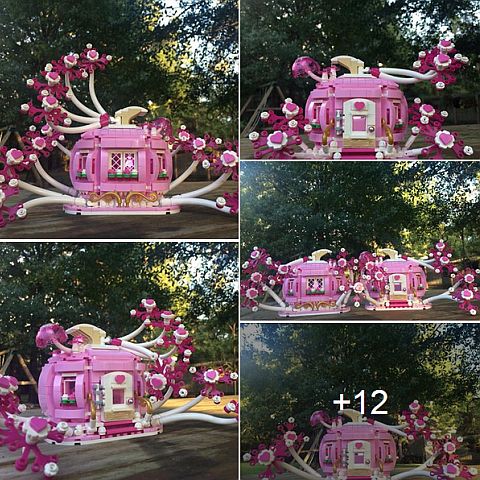 For the next Halloween pumpkin, Chad used green, yellow, and orange to represent autumn. Even though the surrounding vines and leaves are in decay, the pumpkin is still going strong. The windows are made of transparent pieces that look like stained glass. 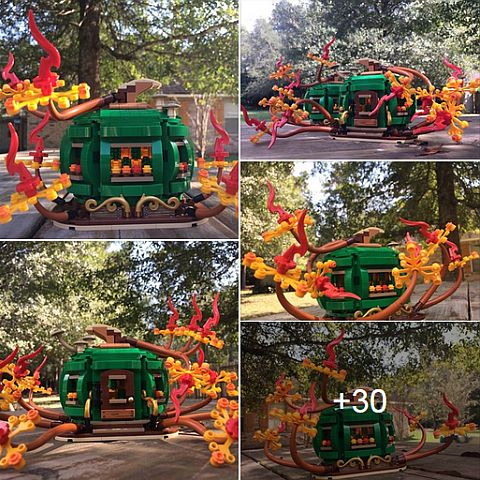 The pumpkin below is built in the style of LEGO Classic Space, and is referred to as the Moonpie Base Station. The biomechanical looking arms indicate that this is a high-tech mechanized pumpkin! Benny from The LEGO Movie would be so happy to be stationed here! 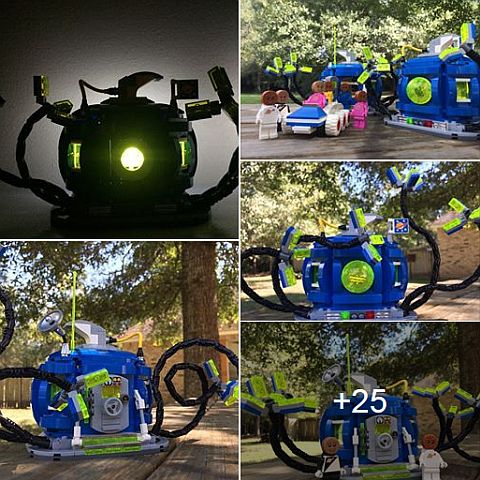 This dark-purple pumpkin has a very elegant look with gold highlights and yellow and orange transparent windows. The lime-green vines really pop against the purple, and the yellow/orange leaves nicely frame the whole creation. 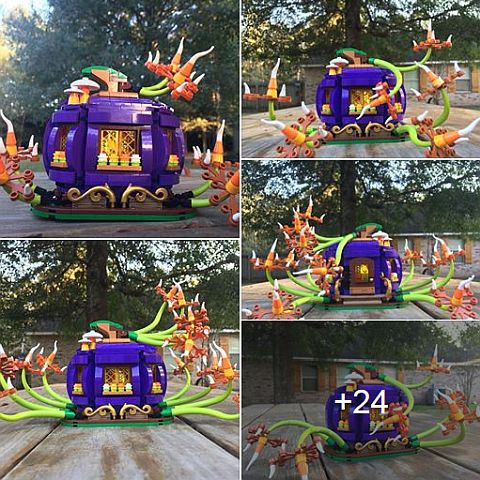 The red pumpkin below appears to be glowing! It features chains, horns, and other spooky details in dark-red and black. Enter at your own risk! 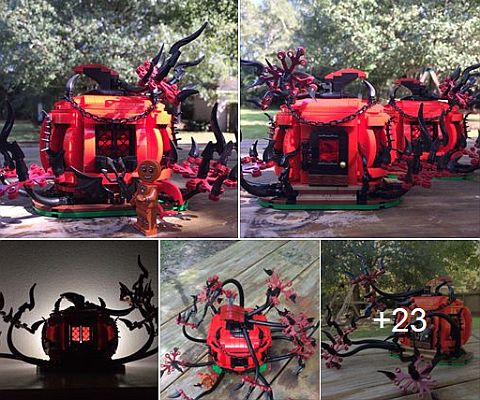 Building gingerbread houses and pumpkins is a fun project during the holiday season that the whole family can enjoy. And, as Chad demonstrates, it could be as simple as redecorating/changing the colors of an existing LEGO set, or you could build your own project from scratch. If you would like to see detailed pictures of each of the gingerbread houses and Halloween pumpkins, visit his Facebook page: Chad Parker on Facebook 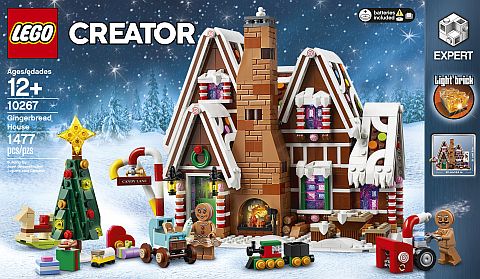 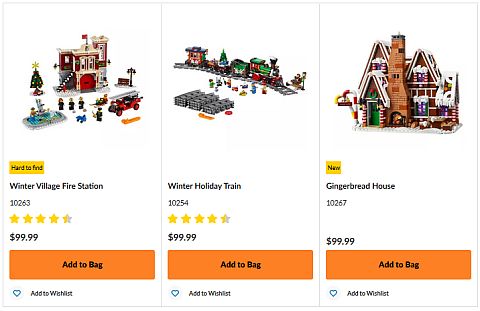 And if you’re looking for a LEGO set that can be easily decorated/re-decorated for the holidays, the newly released #10267 LEGO Creator Gingerbread House is a good option. It includes lots of sweet decorative pieces that you could repurpose for your own builds. You can find it at the LEGO Creator section of the Online LEGO Shop.

What do you think? How do you like these Halloween LEGO creations? Are you planning to build anything for the holidays yourself? Feel free to share and discuss in the comment section below!