by Thita (admin) on February 20, 2020
in Featured LEGO Creations

As you may remember from last week, the LEGO Ideas review team revealed which of the projects will be made into official LEGO sets from the batch that reached 10,000 supporters between May and September of 2019. The two projects chosen were the Medieval Blacksmith by Clemens Fiedler, and Winnie the Pooh by Ben Alder. You can read more about both projects and their creators here. 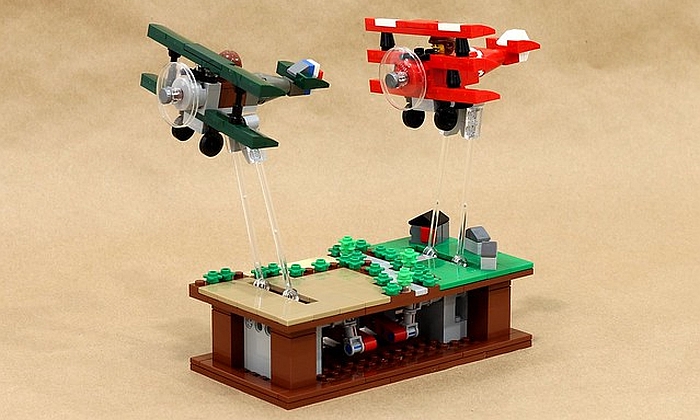 Amongst the projects that weren’t selected was Pursuit of Flight by Jason Allemann. Many LEGO fans were hoping that this project was going to be made into an official LEGO set, as it is a great introduction to building and operating kinetic models. Unfortunately, the project did not pass the LEGO Ideas review stage, so to help out LEGO fans who still want to build it, Jason released full instructions that you can download for free from his website. 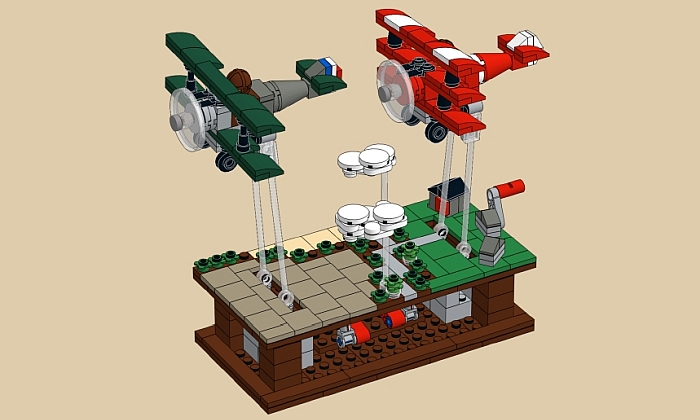 The main model is a small kinetic sculpture of two planes in flight; a Sopwith Camel being pursued by a Fokker Dr.1. The planes move from side to side as the crank on the back of the model is turned. They also tilt as they move, giving the impression that they are gracefully soaring above the countryside below. Building instructions and a full parts list can be downloaded here. There are only 367 parts in this model, and most of them are common pieces, so you should be able to build it on your own with no difficulties (and of course, you can also substitute some pieces). 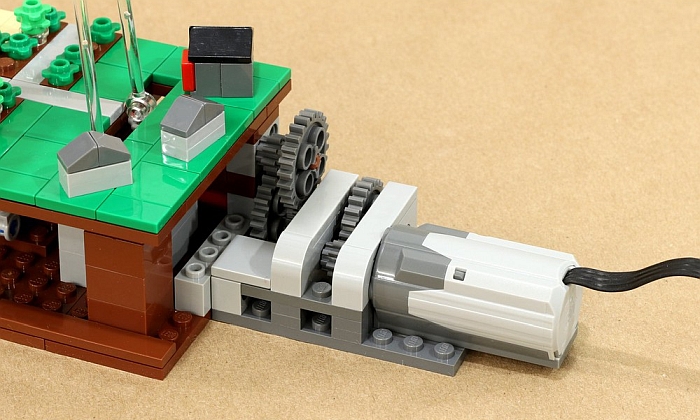 If you would like to motorize the model, Jason also provided separate instructions for a motor pack that you can easily connect to replace the hand-crank. Building instructions for the motor pack and a full parts list (only 13 parts) can be downloaded here. Please note that the instructions illustrate using a LEGO Power Functions M-Motor, but the newer LEGO Powered-Up Medium Motors can easily be swapped in. Other motors could also be used with some minor changes. You can find LEGO motors at the LEGO Power Functions section of the Online LEGO Shop. 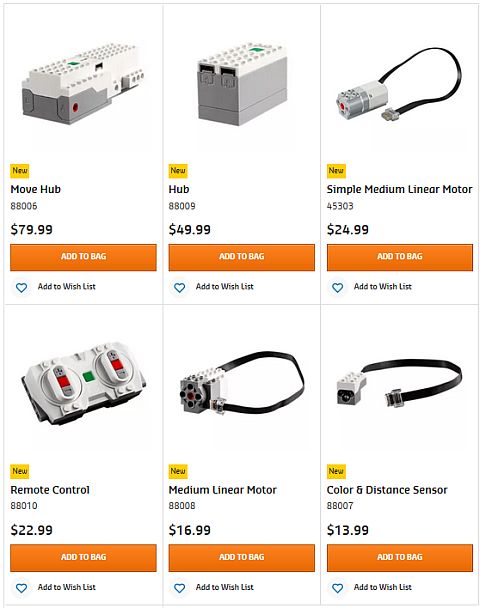 In the video below, you can find demonstration on how to connect the motor to replace the hand-crank. (The model in the video has some minor cosmetic differences from the instructions, but otherwise accurately illustrates how the model functions.) I have also included a couple of other videos by Jason. One is a full demonstration of the Pursuit of Flight model, and the other is a Star Wars version of the same model featuring Luke’s X-Wing being chased by Darth Vader’s TIE Advanced. This last video effectively demonstrates the versatility of this project, and how easily you can swap out different modules to other types of planes, spaceships, and even birds!

What do you think? Did you vote for the Pursuit of Flight project on LEGO Ideas? Are you still planning to build it even though it won’t be made into an official LEGO set? Feel free to share your thoughts in the comment section below!