The updated LEGO VIP program with its voucher system hasn’t be received with much enthusiasm by the LEGO fan community. The system is perceived to be not user-friendly, and there were also lots of glitches at the introduction of the program. The LEGO VIP program team has been working on updates and improvements, and they are currently asking for feedback from the LEGO fan community. Below are the details. 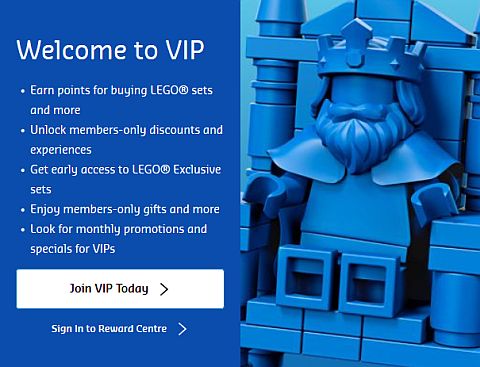 Below is a list of updates and fixes that has taken place since the launch of the new LEGO VIP program. This information is more in-depth than the usual marketing communication, which can feel dismissive. The team behind the LEGO VIP program is planning to continue releasing such information and keep the channels of communication open, with the ultimate goal of improving the program for the benefit of the community.

➡ LEGO VIP PROGRAM HOTFIX – 07/16/19: Identified and fixed a bug where some migrated LEGO VIP accounts moved to the LEGO VIP Reward Center were displaying an incorrect points balance. This had no real impact on LEGO VIP members, as the points were correctly stored at the back end, but displayed incorrectly. This confusion did result in some contacts to LEGO consumer services.

➡ LEGO VIP PROGRAM HOTFIX – 07/17/19: Fixed a LEGO VIP digital card error that resulted in consumers not being able to add their VIP digital card to their digital wallet on iOS devices. The root cause was that the link that was meant to direct LEGO VIP members to the digital card activation process was instead leading them to an internal LEGO page. Another issue fixed this day was that shipped orders were not giving LEGO VIP members their points. This affected Australian and New Zealand consumers. The root cause was due to an error between the warehouse data connection and the LEGO VIP platform.

➡ LEGO VIP PROGRAM HOTFIX – 07/22/19: Migrated an additional 35,000 accounts to the new LEGO VIP Rewards Center that were previously dormant. These LEGO VIP members had not used their accounts for more than 3 years. These members were impacted with some access issues to the LEGO VIP Reward Center. The migration resolved the issues for these members.

➡ LEGO VIP PROGRAM HOTFIX & UPDATE – 08/12/19: Fixed an issue at the Online LEGO Shop that was not correctly identifying the shoppers on the site as LEGO VIP members, resulting in these members not being able to access the early access promotion that started on the 12th of August. This was promptly identified and the issue was resolved. Also starting on this day, LEGO VIP members signing up in-store started to automatically receive an email to complete their verification and set up their LEGO VIP account online. Feedback was received from the new members that finding the option to get a replacement email was difficult. As a result, this part of the website was rearranged to make it more visible. In addition, a hyperlink was added to logged in members at the Online LEGO Shop to directly link them to the LEGO VIP Reward Center. An ad-blocker issue was also fixed, where for some LEGO VIP members with ad-blockers the LEGO VIP Reward Center was not displaying properly.

➡ LEGO VIP PROGRAM UPDATE – 08/19/19: A new section was created for LEGO VIP members to be able to add a unique code provided by LEGO for attending certain LEGO events in the U.S. and Canada.

➡ LEGO VIP PROGRAM HOTFIX & UPDATE – 09/10/19: Fixed a bug resulting in some U.S. based store purchases not receiving VIP points. This was identified as a data transfer issue between local stores and the LEGO VIP program database. In addition, to celebrate the launch of the #75810 LEGO Stranger Things: The Upside Down set, an exclusive Stranger Things Sketchbook was launched for LEGO VIP members to purchase with their points.

➡ LEGO VIP PROGRAM HOTFIX – 09/27/19: Fixed an issue where in-store LEGO VIP member purchases were not showing on their account in the LEGO VIP Rewards Center.

➡ LEGO VIP PROGRAM UPDATE – 10/30/19: An exclusive LEGO minifigure torso was released for the LEGO Towers mobile game that LEGO VIP members could purchase with their points.

➡ LEGO VIP PROGRAM UPDATE – 11/08/19: A new reward was released tied to the LEGO Hidden Side app and theme launch. For the purchase of 200 LEGO VIP points, members could get access to the app for iOS and enter a survey for the points to be fully refunded and bonus 25 LEGO VIP points applied to their account when the survey was completed. 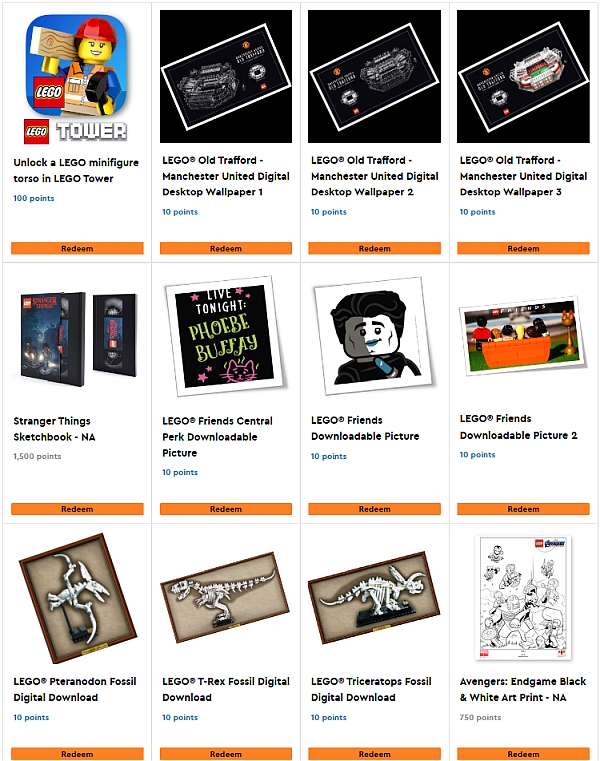 If you haven’t visited the LEGO VIP Reward Center for a while, I do recommend checking it out. In addition if you have questions, thoughts, and feedback for the LEGO VIP program team, feel free to share them in the comment section below, and I will make sure to forward them via the LEGO Ambassador Forum on your behalf. They are eager to hear from the community both on the improvements that were already done as well as on ideas for the future. The deadline is March 20th, so we have some time to think and discuss.