How Small are the LEGO Disney Micro Mini-Dolls?

We already talked about the four new LEGO Disney Storybook Adventures sets that were released earlier this year (see: LEGO Disney Storybook Collection Review). Since then, I have been asked repeatedly to provide some comparison pictures between the new, very tiny, and very cute Disney micro mini-dolls and regular minifigs and mini-dolls. It’s hard to comprehend how small they are without seeing them in person, or at least by seeing some comparison pictures. So here we go. 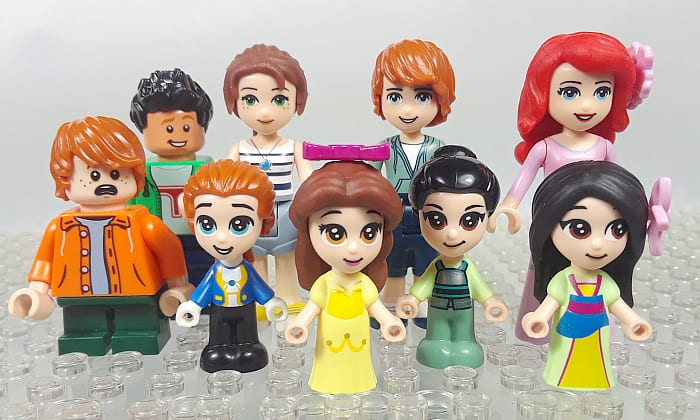 All of the micro mini-dolls have a solid body that can be attached to a single stud (so mini-dolls with pants have fused legs). The hands have a tiny hole to “hold” mini-doll accessories with a small peg, like bows, flowers, etc.) The outside circumference of the hands is just a tad smaller than a standard rod (lightsaber blade), so some of the tighter clips can grab onto them and they can also be held by minifig hands.

And yes, the heads are disproportionately large compared to the bodies, but that’s what makes them so cute and childlike. Below you can see the regular versions and the micro mini-doll versions of Ariel. Note the enlarged, cartoonish eyes of the micro dolls, which makes them look even more cartoony. If you want, you can use the regular mini-doll heads with smaller eyes and that combo is very cute as well. 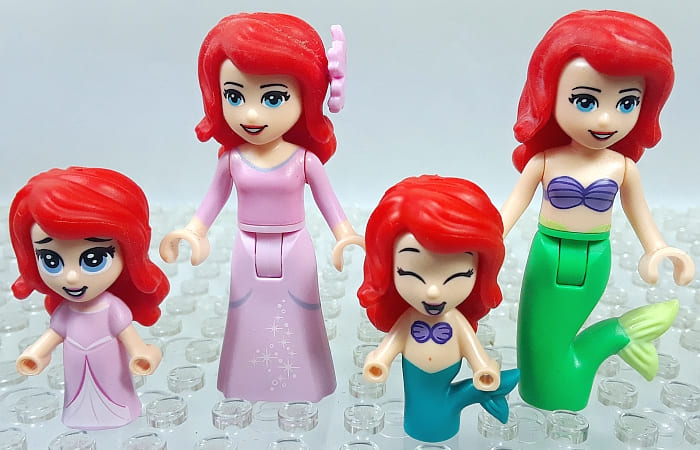 Because of their small size and child-like features, the micro mini-dolls work very well as small children next to standard mini-dolls. They can be the little brothers and sisters of LEGO Friends characters. Most of them have general enough clothing that you can put them in any era. 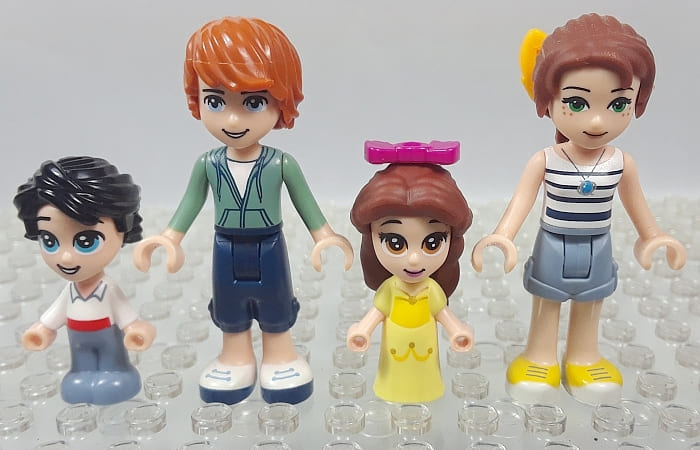 Or, you could also use the micro mini-dolls as dolls/puppets/mannequins with regular LEGO minifigures. Frankly, I think they work just fine as baby brothers and sisters even with minifigs. Yes, the body shape is different, but because the hairpieces/headgear are the same as regular minifigs, they blend in well enough in my opinion. 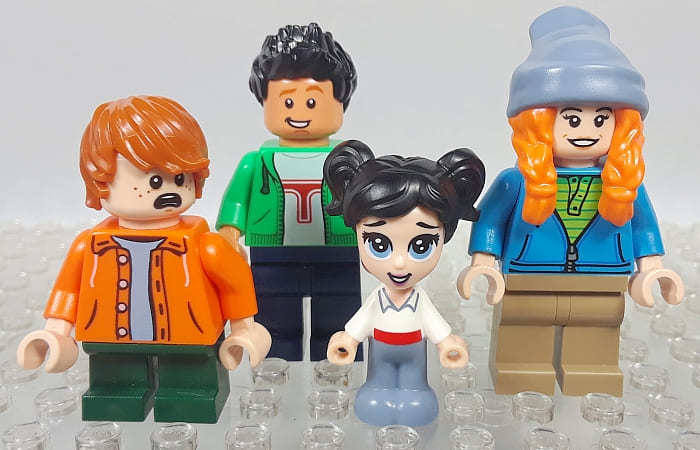 In the picture below, you can see how the micro mini-dolls compare to a LEGO trophy figure (far left), a LEGO minifig baby (second from the left), and an old LEGO Games figure (far right). 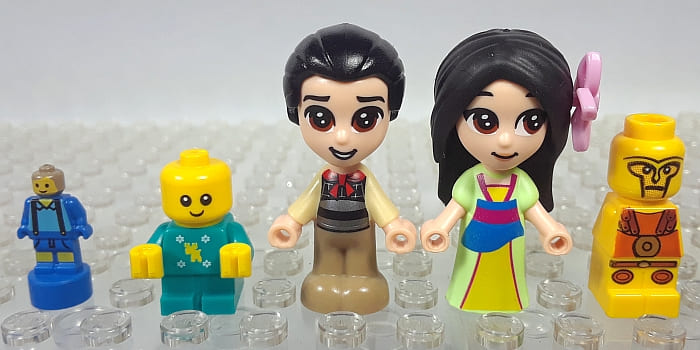 The following picture is a comparison between LEGO’s micro mini-dolls and the Mega Construx World of Yootz micro dolls, which were released a few years before LEGO made their own version. Note that the MCX dolls also have fused legs that stand on one stud, but their hands are standard minifig/mini-doll size, and their arms and hips are movable (so they can sit down). 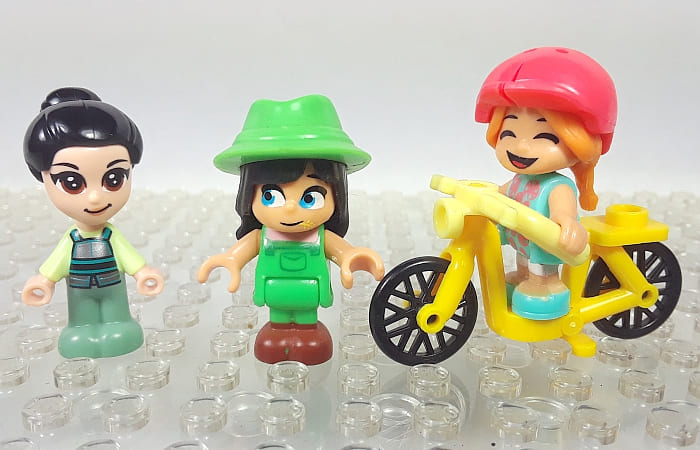 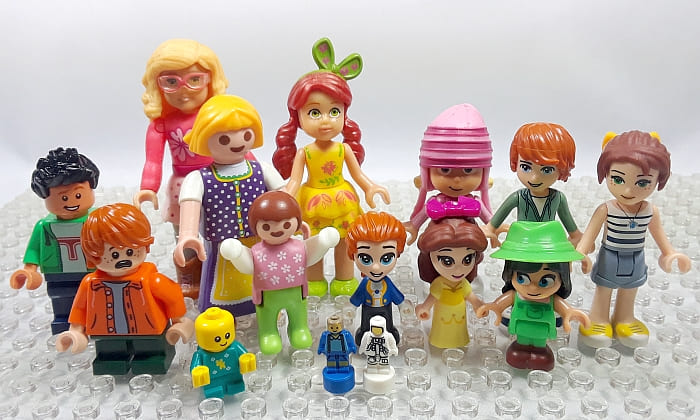 To conclude, I’m really happy that LEGO finally made micro- mini-dolls. Currently, they are only used in the above-mentioned LEGO Disney Storybook Adventures sets, but I’m hoping they will also be used in other mini-doll themes as children. In fact, I have been wanting a mini-doll child since Emily Jones little sister, Sophie Jones were introduced in the LEGO Elves story. In the animated series she was clearly a child, much younger and shorter than Emily, yet in the accompanying LEGO sets she was just a regular mini-doll, the same size as Emily. If you would like to check out the LEGO Disney Storybook Adventures sets to get your own micro mini-dolls, visit the LEGO Disney section of the Online LEGO Shop. 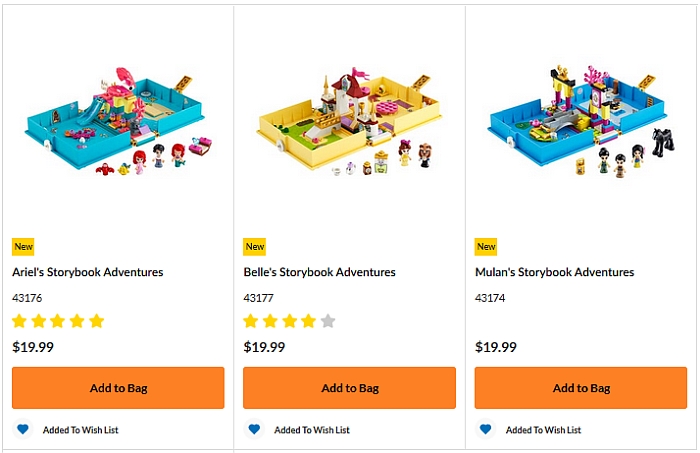 What do you think? How do you like the new LEGO Disney micro mini-dolls? Do you have any of them already? Would you like LEGO to use them more frequently in LEGO mini-doll sets? Feel free to share your thoughts and discuss in the comment section below!