Back in March, LEGO released a small set called #854011 LEGO Iconic Eiffel Tower Magnet. In the past, small gift items like this were released only in relevant regions, but now, they are available globally. We talked about the set in detail back in March (see: LEGO Iconic Eiffel Tower Magnet Set & More!) Since then, LEGO added two more similar sets, making it seems like this is going to be a series based on popular tourist locations and attractions. 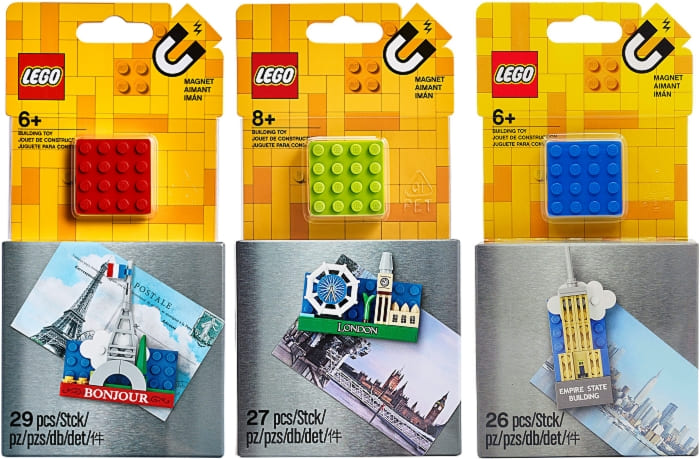 The #854012 LEGO London Magnet Build and the #854030 LEGO Empire State Building Magnet are packaged the same way as the Eiffel Tower. The pieces are inside a sturdy cardboard section of the box, while the 4×4-stud magnet piece is visible through a clear plastic clamshell. 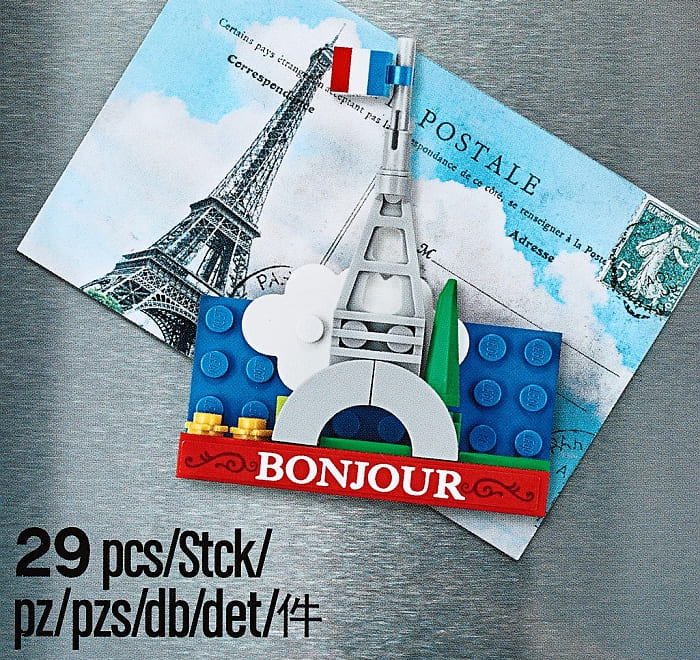 The builds are also similar to the Eiffel Tower. They are constructed sideways on a 4×8 blue plate that also serves as the sky behind the buildings. Although these models are very simple, I like the forced perspective techniques that add substance and debt to even such small models. The Empire State Building just has a cloud behind it, signifying its height. The London scene features two iconic London structures; Big Ben and the London Eye. A bit of vegetation is also included. 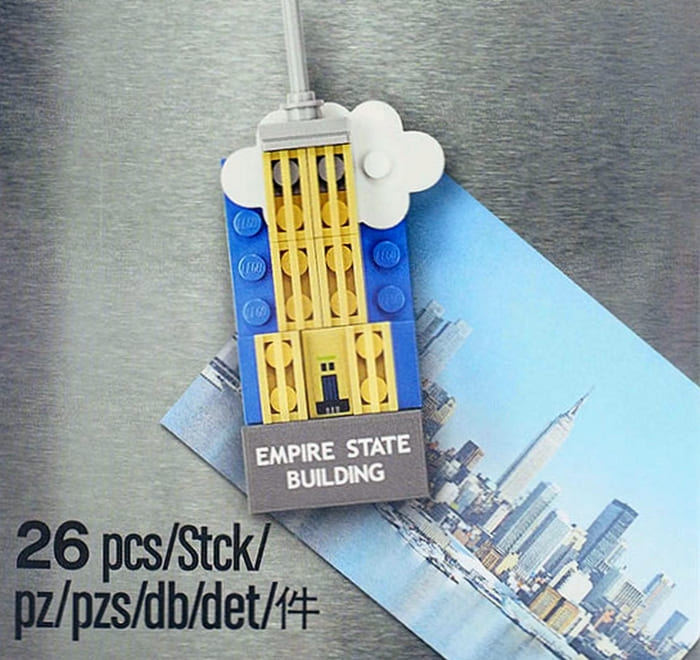 The decorations on the sets are stickers. I know if they were printed these sets would fly off the shelves. As they are, the sets remain small souvenirs with only basic elements. The magnets can attach to the back of the scenes so they can be fixed to a fridge or locker. Or you could just leave the magnets off and use them for something else, as they aren’t an integral part of the builds. 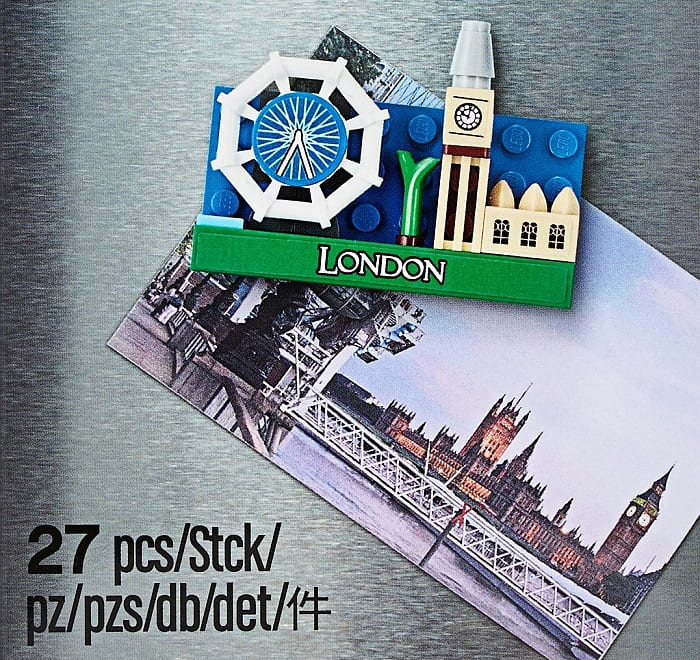 As I mentioned in my review of the Eiffel Tower, these sets are expensive, They have less than 30 parts and sell for $9.99. But they aren’t meant to be regular sets, but more like nice little gifts or commemorative items from the places you, your friends, or family visited. They could be nice for collectors as well. The three sets currently in the collection are available at select retailers and the Online LEGO Shop. There are also a few other new magnet sets, including magnets only, or even smaller builds. They are also available at the Online LEGO Shop. 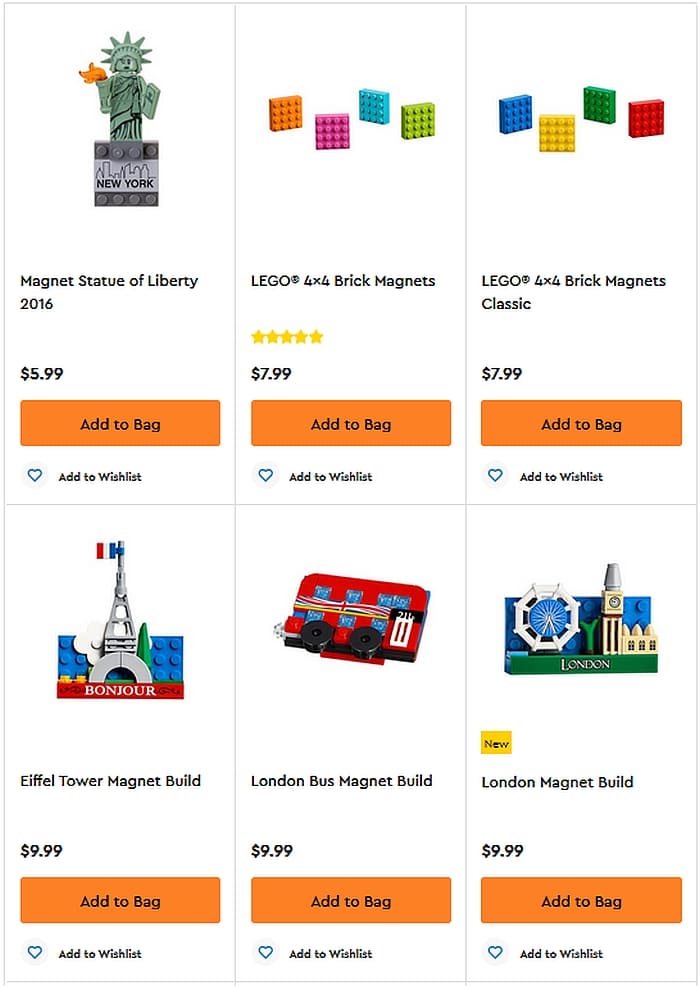 What do you think? How do you like the three location-based LEGO magnet sets so far? Do you have any of them already? What other locations would you like to see in the collection? Feel free to share your thoughts and discuss in the comment section below!