There has been several LEGO sets released through the years that are only available at LEGOLAND Parks. They used to be small gift items and novelties, but in the past few years, they became quite substantial sets in their own right. Some of the highlights are the #40166 LEGOLAND Train from 2016, the #40306 LEGOLAND Castle from 2018, and the very large #40346 LEGOLAND set from 2019 (see image below). All these sets can be purchased at LEGOLAND Parks, and are also available at the online shops of LEGOLAND locations (this link is to the LEGOLAND Florida shop, but they all basically offer the same merchandise). 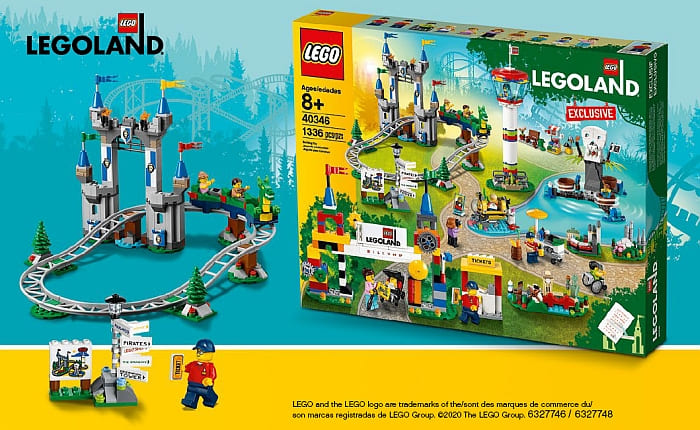 This year, a new LEGOLAND set was released; #40429 LEGOLAND Ninjago World. Here is the official description of the set: Kids become ninja heroes with this buildable Ninjago World set! Inspire kids to build their own replica version of the LEGOLAND Ninjago World ride. It’s packed with amazing details just like the real thing. Check out the entrance façade, roller-coaster with cool shooter function, and screens with sticker detail for target practice. Only available at LEGOLAND! The set includes a LEGOLAND park map accessory and four minifigures for role play fun. Minifigures include a LEGOLAND employee, a mom, boy with a unique Ninjago hoodie, and a girl with face decoration. Comes with 440 pieces. Price: $39.99 – Available at LEGOLAND Parks, and the LEGOLAND online shop. 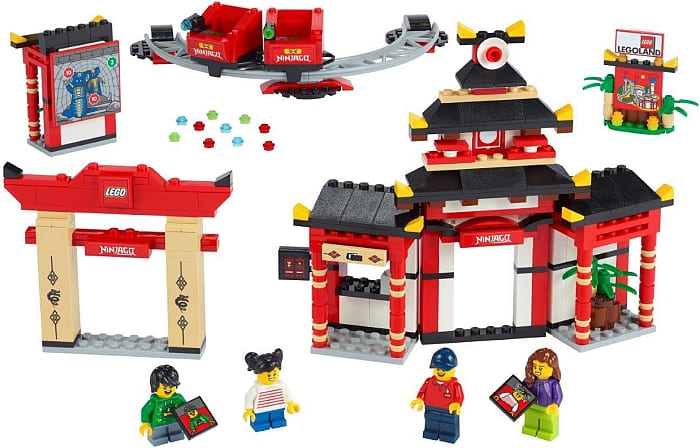 As you can see from the pictures, the set isn’t just a memorabilia, but also includes several play-features. The little bit of roller coaster track and shooting function are fun, and could be included in a larger fairground layout. All the decorations are stickers, so you don’t get anything exclusive there, but the LEGOLAND employee minifig is exclusive to LEGOLAND sets, and the boy with the Ninjago hoodie is an exclusive for this set. The other three minifigs are nice too, although they aren’t exclusives. I’m not sure why the description says that the girl comes with face decoration. Her face is cute and double sided, but there are no additional markings.

The #40429 LEGOLAND Ninjago World comes with two instruction booklets, so two people could work on it at the same time. The first booklet helps you build the track with the cars from bag #1, and the small gate, the shooting target, and a decorative sign for the attraction from bag #2. The second booklet is for building the main gate from bags #3 and #4. 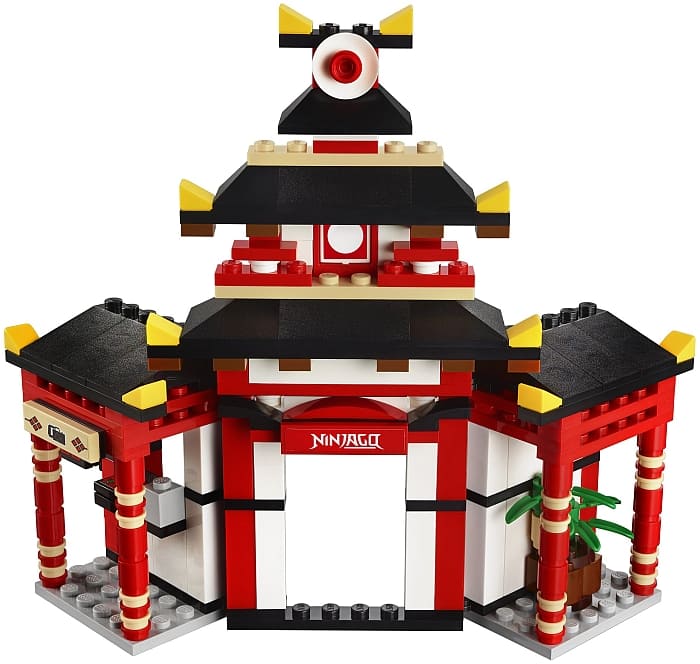 The builds are all great and would work well in a Ninjago setting, in a theme park, or as an entry to a Japanese neighborhood in your LEGO city. It’s worth noting that the main gate has a second target shooting sticker on a 6×6 stud tile, which is the same as on the shooting target. So, the two tiles can be easily swapped out, or you could build a second target to add to the ride, or use the main gate as another target area, although there is the danger riders will shoot other guests entering the park. The main gate also features a photo booth, so minifigs can have their pictures taken. 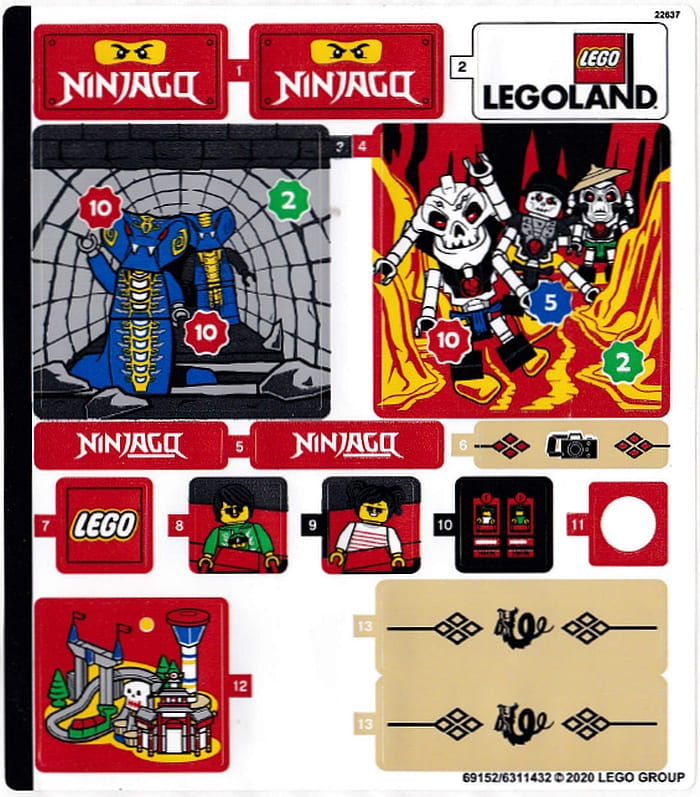 In summary, this is a thoughtfully designed set that can bring back fond memories for those who visit LEGOLAND, and it is also a play-set, a collectible, and a set that can be added to other settings. The price is not bad either, and I love that it includes an exclusive minifig! The back of the booklet suggest combining two of the sets for a larger ride, but I don’t think that’s necessary. Just one of the sets is large enough for play and to look good on display. 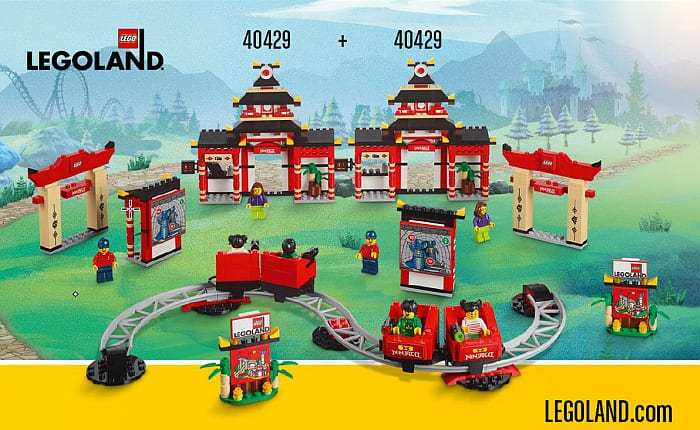 If you want to check it out, again, the price is $39.99, and you can purchase it directly from LEGOLAND Parks and the LEGOLAND online shop. It has been also popping up on eBay and other secondary marketplaces, but the price is twice as much, so it’s best to just get it directly from LEGOLAND. By the way, the LEGOLAND website and parks are also selling the earlier LEGOLAND exclusive sets in case you’re interested in those as well. 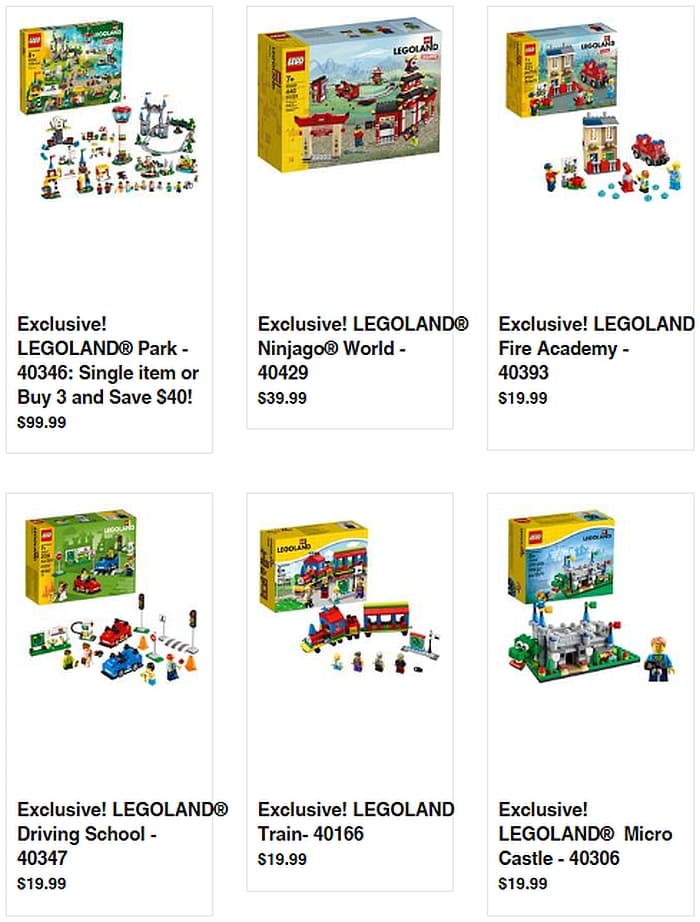 What do you think? How do you like the LEGOLAND Ninjago World set? And what do you think of the other LEGOLAND exclusives? Do you have any of them or plan to get them? Feel free to share your thoughts and own reviews in the comment section below!