Update on the Availability of LEGO Braille Bricks

You might remember from last year’s press-release (see: LEGO Braille Bricks for Visually Impaired Kids) that the LEGO Foundation and the LEGO Group teamed up with associations of the blind and visually impaired to introduce a new product called LEGO Braille Bricks. The concept was first proposed to the LEGO Foundation in 2011 by the Danish Association of the Blind and again in 2017 by the Brazilian-based Dorina Nowill Foundation for the Blind. It has since been further shaped in close collaboration among blind associations from Denmark, Brazil, UK, and Norway. The LEGO Braille Bricks toolkit features 2×4 bricks with studs that are laid out like the classic Braille raised dots, and are now available free of charge to various institutions. Below are the details. 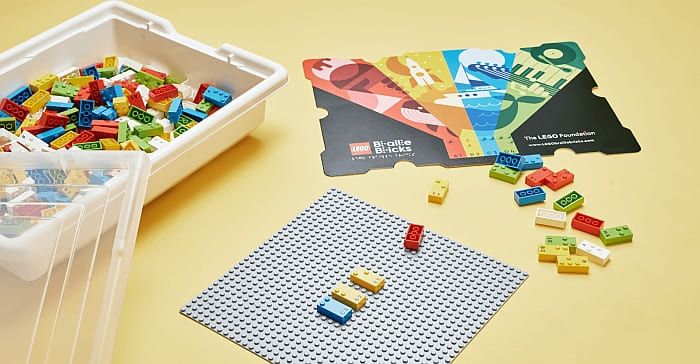 The LEGO Braille Bricks concept is a play-based methodology that teaches Braille to children who are blind or have a visual impairment. Each brick in the LEGO Braille Bricks toolkit retains its iconic form, but unlike a regular LEGO brick, the studs are arranged to correspond to numbers and letters in the Braille alphabet. Each brick shows the printed version of the symbol or letter, allowing sighted and blind children to play and learn together on equal terms. This ingenious combination of features opens up a whole new world of playful learning that teaches children Braille in an enjoyable and tactile environment. 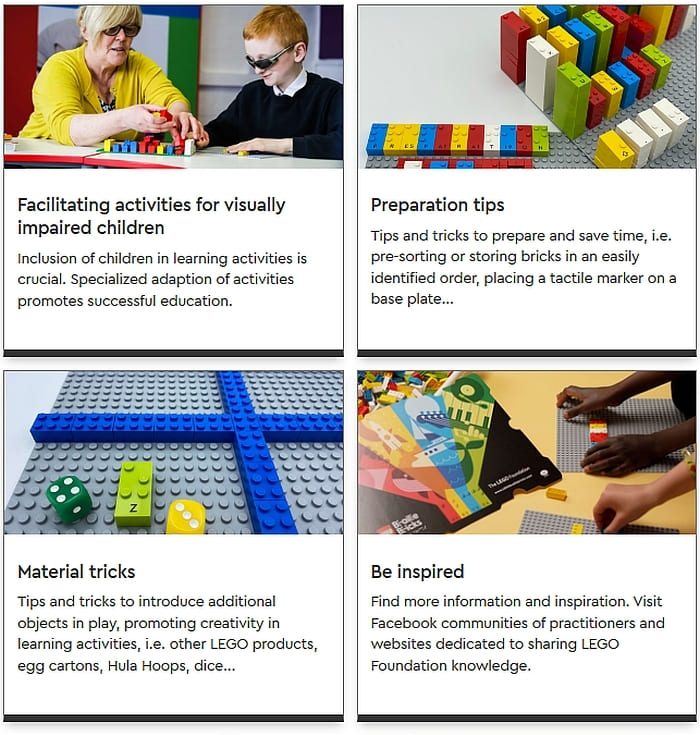 The LEGO Braille Bricks toolkits are distributed free of charge to select institutions, schools and services catering to the education of blind and visually impaired children. In each country where LEGO Braille Brick is launched, the LEGO Foundation works with an official partner in the blind community. This partner handles both distribution of the toolkits and support localization and training of the teaching concept presented at the LEGO Braille Brick website. 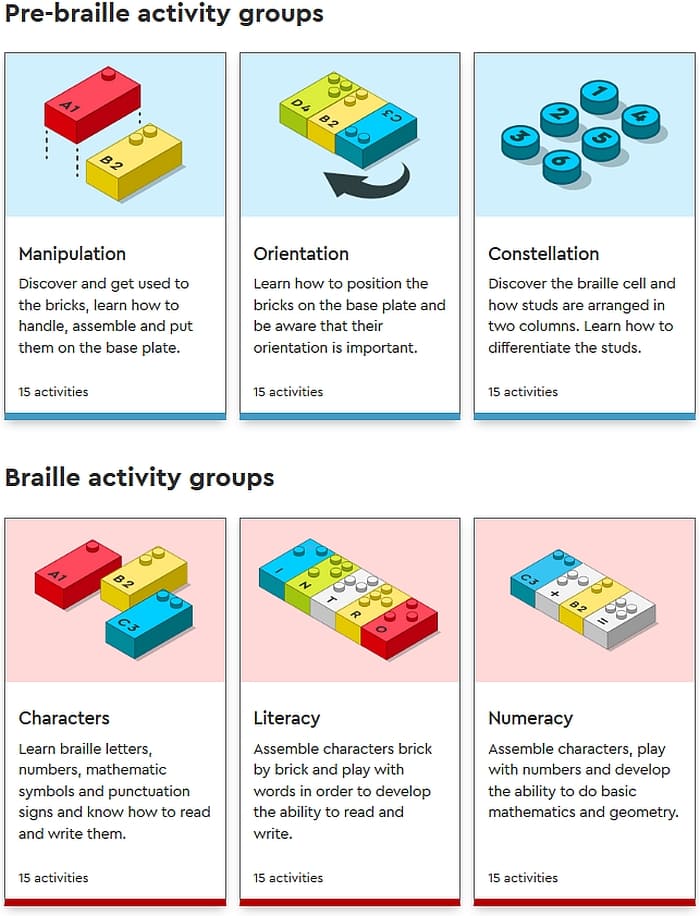 The LEGO Braille Bricks toolkit contains a minimum of 300 bricks in five LEGO colors, three baseplates on which to work, and a brick-separator. In addition, the box cover contains a helpful overview of the alphabet and symbols in the particular national Braille language. The five signature LEGO colors are randomly used for the bricks – only math symbols are all white. 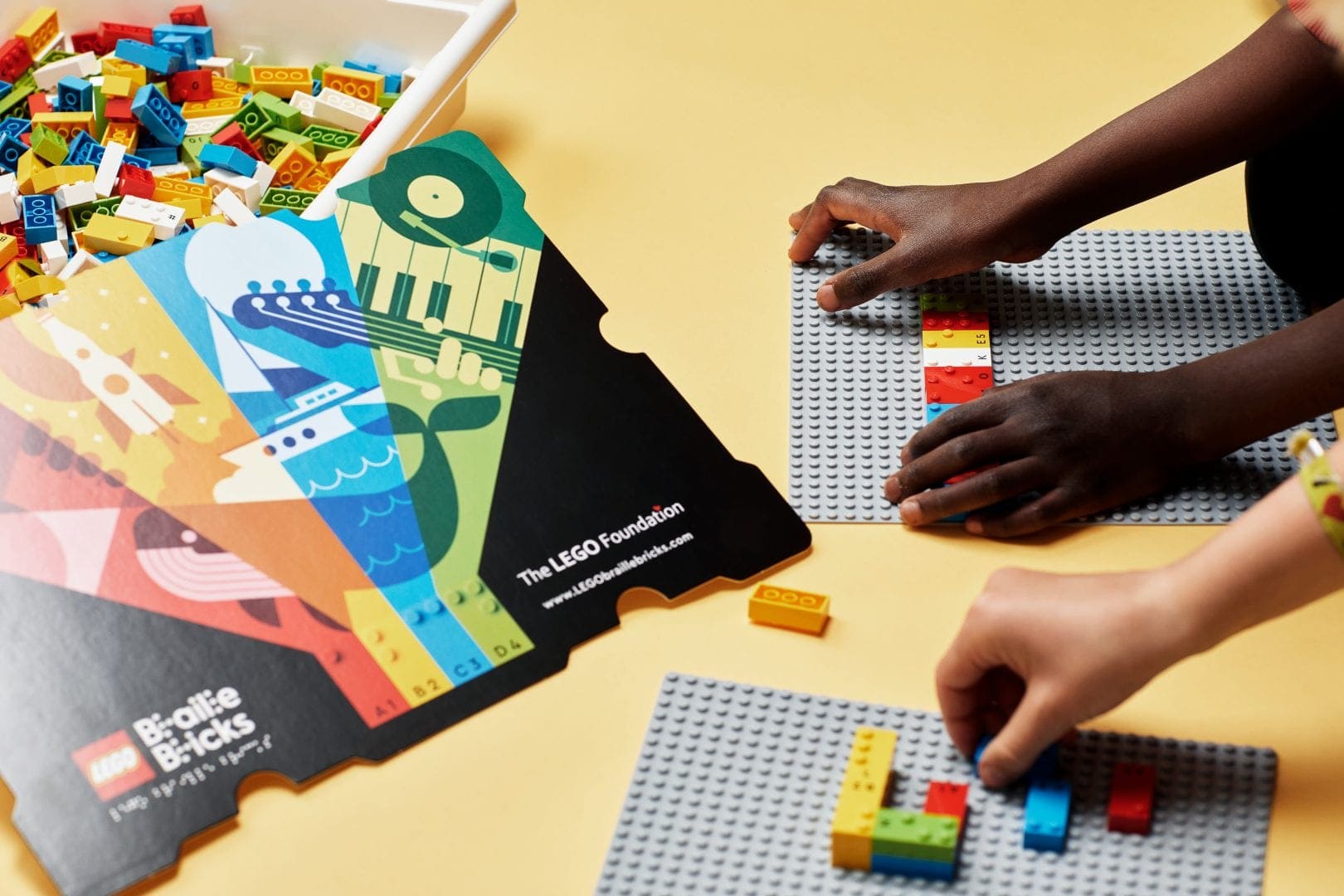 What do you think? How do you like the idea of LEGO Braille Bricks? Do you know someone who could benefit from it? Would you purchase the set yourself? Feel free to share your thoughts and discuss in the comment section below!