by Thita (admin) on September 30, 2020
in Featured LEGO Creations

We haven’t talked about LEGO BIONICLE for a long time as the theme was retired several years ago, however BIONICLE continues to live in the hearts and minds of its enthusiastic fans. And as many of them are already aware, there is a fan-created BIONICLE game that has been in the making for several years now and was announced earlier this year. 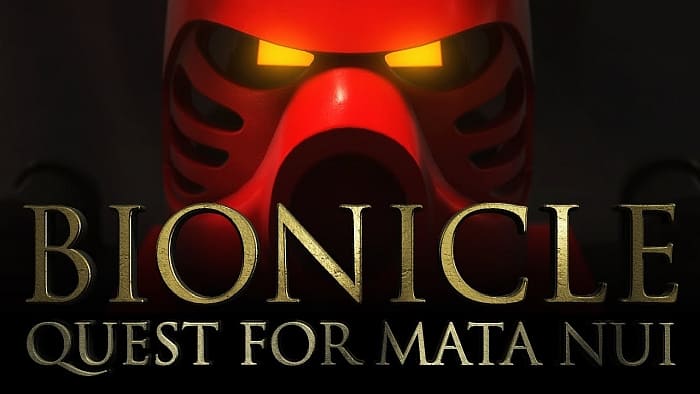 BIONICLE: Quest for Mata Nui is a massive open-world multiplayer role-playing game that is still in development. It is created as a mod for Starcraft 2, and retells the original story from 2001 of the Toa Mata’s quest for the Kanohi Masks of Power, as well as their battle against Makuta. Players can explore the mythical island of Mata Nui, play as a legendary Toa, collect the Masks of Power, and more.

Developer CrainyCreations worked on the game for six years before publicly revealing the project to the larger BIONICLE fan community. The first trailer and the first game-play video were both released in April of this year. I have included both the trailer and the game-play below. The game-play (second video) is particularly interesting as it explains the story for those who are not familiar with it, as well as demonstrates the game.

As BIONICLE is LEGO’s own intellectual property, CrainyCreations has been in touch with the LEGO Group to make sure it was okay to promote and continue to develop the game. The LEGO Games department recently came back with the following response:

“We can confirm CrainyCreations, the creators behind BIONICLE: Quest for Mata Nui, was in dialog with us to discuss the future plans of the game including ways the project can continue to exist. We see game development as an exciting opportunity to add new ways to engage with the LEGO brick. In the LEGO Games team, we are always looking for ways to inspire and encourage the fan community including a recently beta-launched LEGO Microgame in partnership with Unity. Perhaps this can help give others the tools to do what CrainyCreations has done by encouraging and making game development easier than ever before. Keep your eyes open as more news to come on that end.”

This is excellent news for BIONICLE fans who are looking forward to play the game. It is also great news for LEGO fans and game creators in general who would like to develop their own LEGO games. While in some areas LEGO’s legal department is very strict, in others they encourage fans to use their creativity to their full potential. The LEGO Group’s enthusiasm to collaborate with fans is also evidenced  by the LEGO Ideas platform that has been running for close to a decade, and the recently announced LEGO World Builder platform.

What do you think? Are you a LEGO Bionicle fan? Are you excited about the Quest for Mata Nui game? And what do you think of LEGO giving the green-light for the game and its developer? Feel free to share your thoughts and discuss in the comment section below!