by Thita (admin) on November 18, 2020
in Featured LEGO Creations

You may remember the first LEGO baby, who showed up in 2016 in the #60134 LEGO City People Pack. When my sister got that set for her birthday, I borrowed the baby for a little vignette. Before long, I bought a dozen or so babies of my own and started building little vehicles and buildings for them to play with. 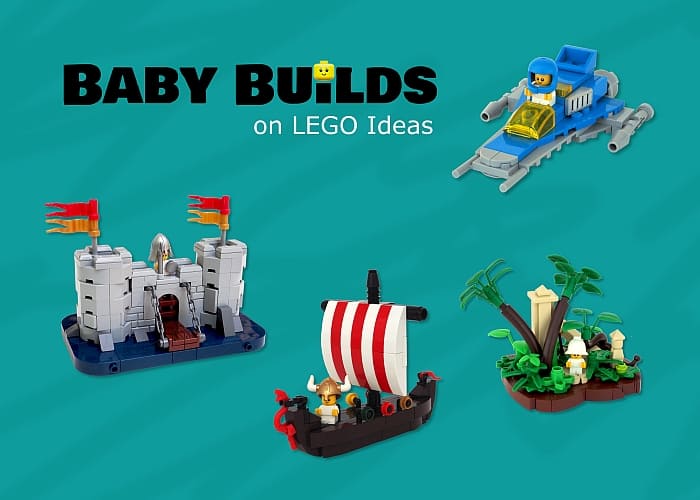 After giving several baby-scaled builds away to friends of mine, I realized that the concept was perfect for a LEGO Ideas set. That was well over a year ago, but with the help of some free time in quarantine I finished the project and now Baby Builds is in the voting stage on LEGO Ideas! For those unfamiliar with how that works, LEGO Ideas is a platform where builders can post creations, campaign for votes, and have their project reviewed by LEGO for potential production as an official LEGO set once it reaches 10,000 votes.

Behind these four models is a lot of thought and work and a few failed prototypes, so let’s take a closer look!

First of all there’s the castle. This was really where the idea all started; when I borrowed my sister’s baby, I built an 8×8 vignette with it in front of a micro castle. There were several things I didn’t like about the way that turned out—especially the border, which distracts too much from the rest of the creation. Also, the castle is a little small. 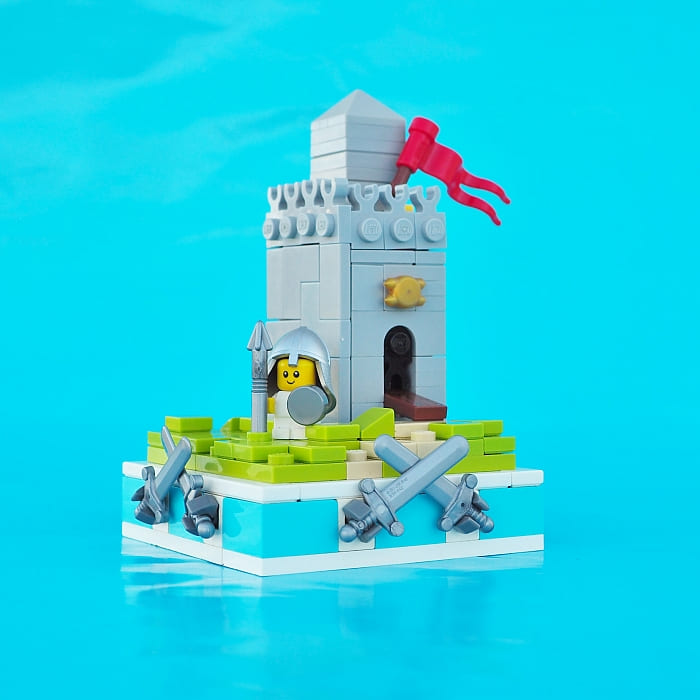 As you can see, my first baby castle looks nothing like the one I built for the Baby Builds project! This time, I decided on a scale that would be almost right if the baby were a full sized person. For a LEGO set idea, I needed a substantial build, but it still had to be small enough not to overshadow the baby. 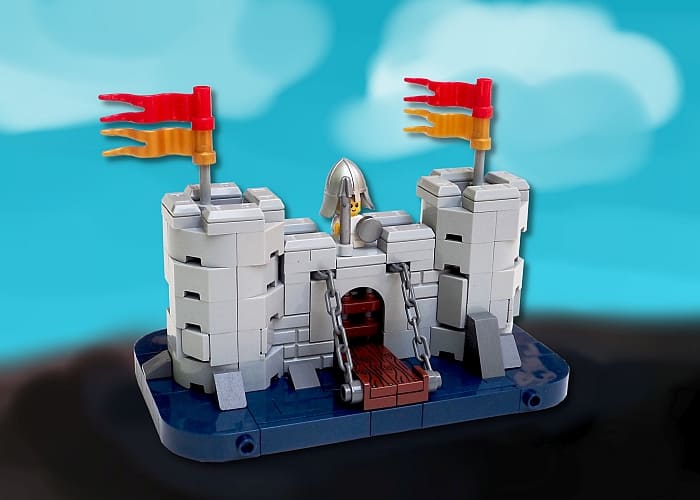 Around back there are a couple of windows and the rest of the moat. 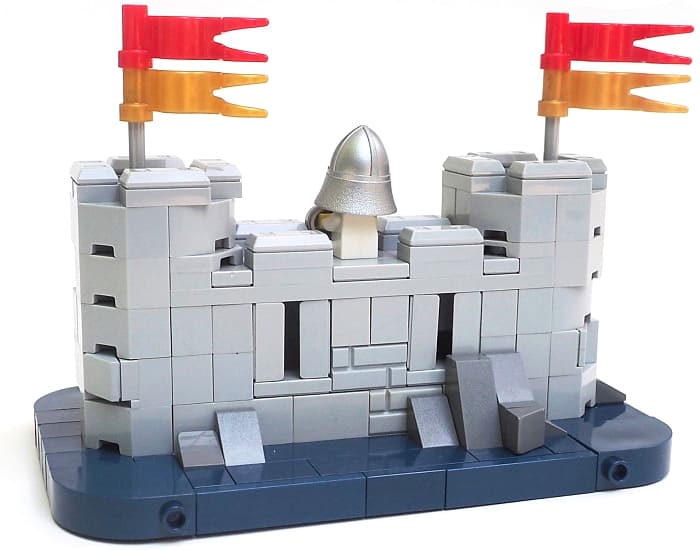 I built the castle itself in a matter of minutes, though it took me hours of thinking it over while working on other things to decide what scale and shape it should be. Afterwards, deciding on the right kind of landscaping and moat took several revisions. At one point, I had green bricks and micro trees all around the moat. That messed with the scale too much though, and also distracted from the castle itself. Several revisions later (some of them digitally in Stud.io), I had a little bit of rocky landscaping, but mostly just the moat.

Next up is the longship! This actually started out as a pirate ship, but unfortunately the recently released #21322 LEGO Ideas Barracuda Bay made a pirate ship an IP clash on LEGO Ideas. That was too bad, because I had this miniature galleon all ready! 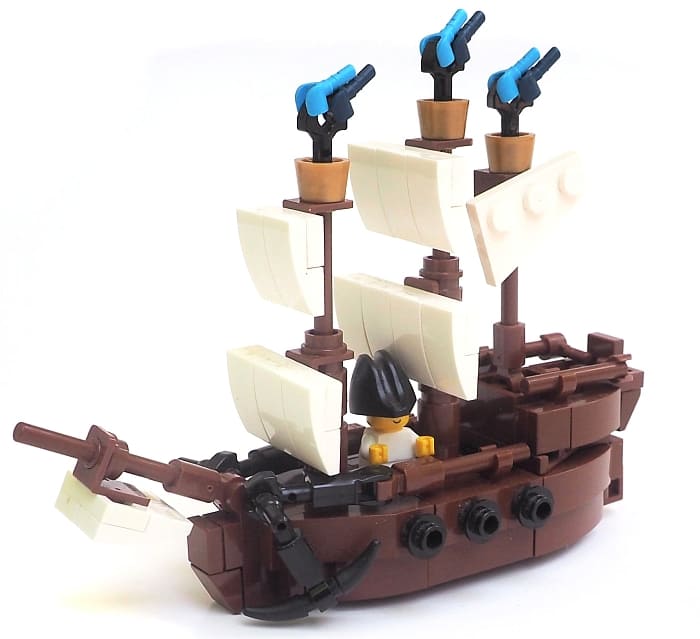 When I realized the pirate ship would have to change, I started to brainstorm other kinds of ships. A longship seemed like it would fit nicely into the lineup, and also bring some welcome color. Keeping the same basic hull design from my pirate ship, I had fun changing the six fiddly white sails for one striped one! 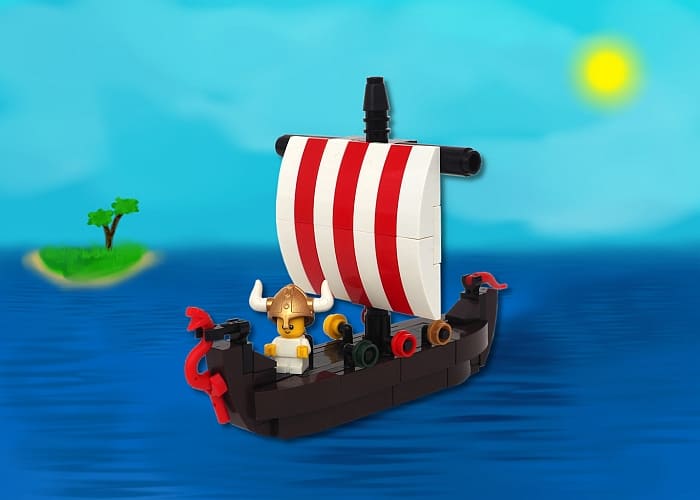 The longship was a quick design that didn’t go through many revisions—except the big revision when it stopped being a pirate ship!

Of course I couldn’t claim to have taken the LEGO baby everywhere unless I had a spaceship! Just like with my pirate ship, I faced an IP clash here too; I wanted to do a “normal” space shuttle (complete with opening hatch), but found out that idea was restricted because it had been done already in the #21312 LEGO Ideas Women of NASA set. 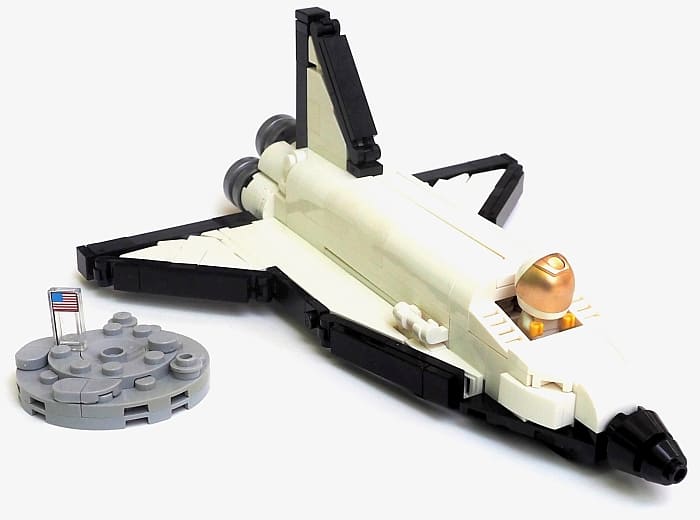 So I went back to the drawing board. Naturally, I had already thought of a Classic Space spaceship—blue and light-grey, with transparent-yellow windshields. But I wasn’t quite sure the helmet would look right on the baby. With a little maneuvering, it did! (It tends to slip backwards though.) 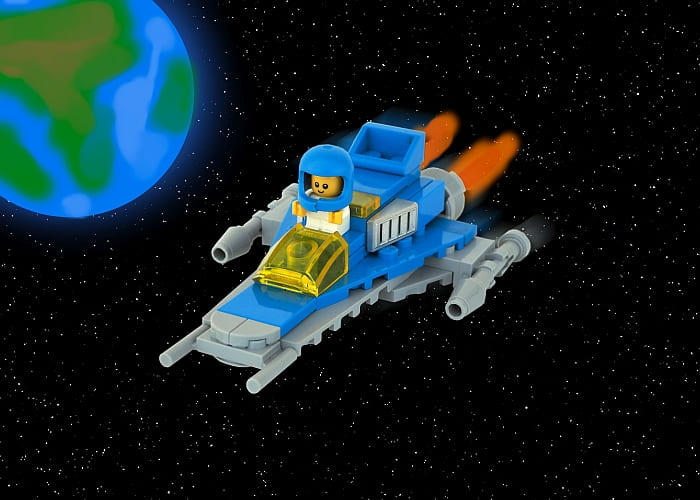 Although my original space shuttle took me a long time and went through several revisions, this spaceship turned out to be much easier. The trickiest thing was getting enough details in there without making the spaceship cluttered. In the end, I just tiled whatever I could! 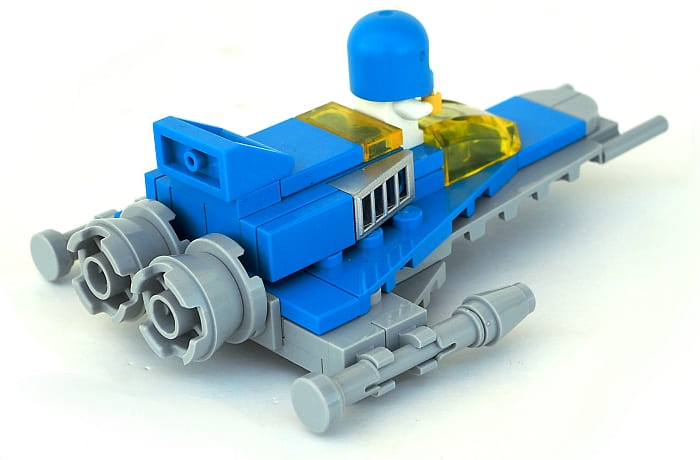 Last of all came the explorer. With two vehicles already, I needed another stationary vignette. Since I had used blue and red on the other baby builds, green vegetation sounded like it would be a good complement. I did try for a small pyramid, but wasn’t able to design one that looked right to me. Instead, I went for a simple pillar and micro-figure statue. 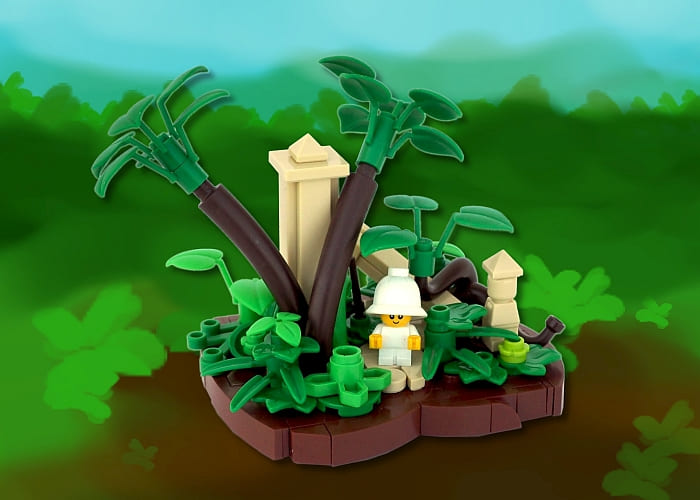 I had to pick between hats too; a cowboy hat would also have looked nice, but the brown was too confusing with the brown dirt and a tan hat would have been even worse.

So that was the journey that led to the Baby Builds LEGO Ideas project! If you like the concept, I would really appreciate your support! Hopefully, the design process has just been the first step on the road to a LEGO set. But even if not, I’ve enjoyed building these and am happy with how far it’s come already! 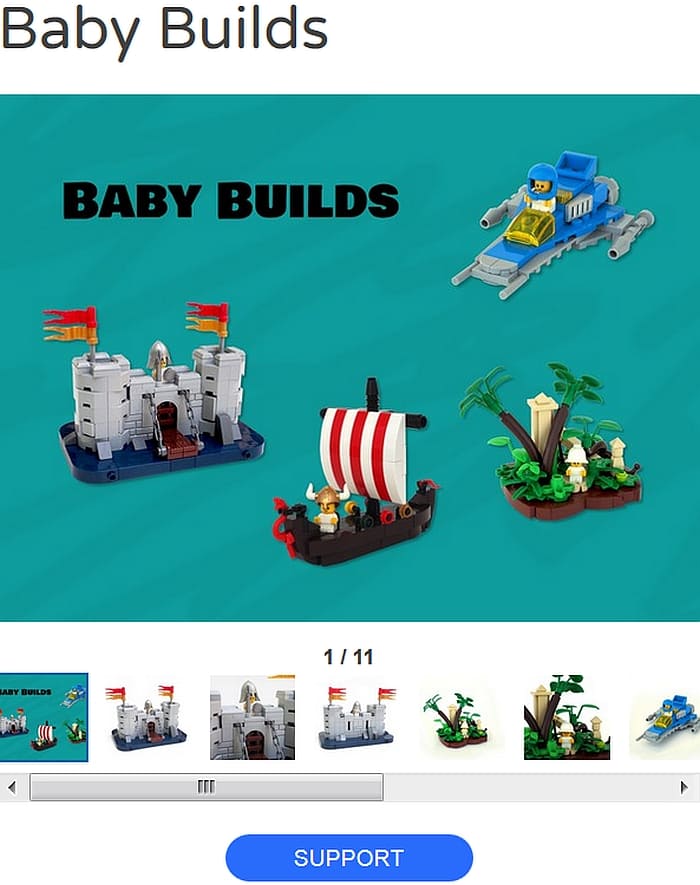 What do you think? Have you considered doing a LEGO Ideas project? Do my design choices make sense to you? What do you think about a new “baby-scaled” LEGO set? Feel free to share your comments and questions below!