We already talked about all the new LEGO sets that were released at the beginning of the year as well as the free-with-purchase sets (see: January 2021 – New LEGO Sets & Promotions), but there are a couple of other promotional offers and opportunities we haven’t mentioned yet.

First of all, you can get Double VIP Points on two of the newly released sets during the entire month. The first one is the #60292 LEGO City Town Center. We talked about this set in detail in LEGO City Road Plates System Review – Part 4, but to recap, it’s one of the five 2021 LEGO City sets that feature the new modular road plate system. And it also includes a pizzeria, car wash, dojo, park, recycling station, a couple of vehicles, a motorcycle, a bicycle, plus eight minifigs, a baby, and a new guide dog. It’s a good set for starting or adding to a city layout. And as I mentioned, you will earn Double VIP Points if you purchase it this month. The price is $99.99, and it’s available at the LEGO City section of the Online LEGO Shop. 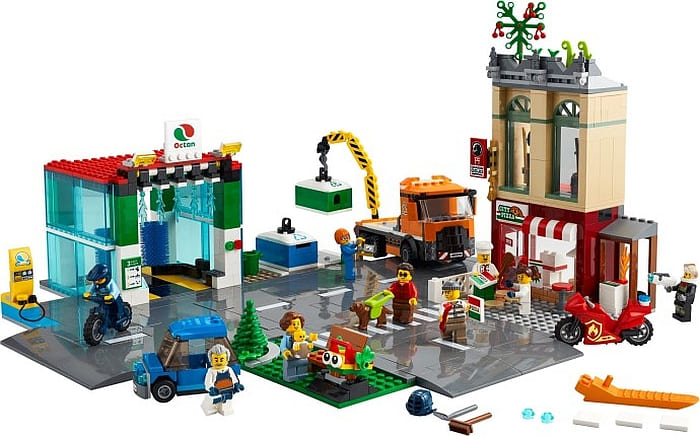 The other set that will earn you Double VIP Points this month is the #71737 LEGO Ninjago X-1 Ninja Charger. This is one of the new LEGO Ninjago Legacy sets – a special collection that features upgraded and improved older sets from earlier seasons of the TV series. The X-1 Ninja Charger is from Season 3, and it features a 2-in-1 vehicle with spring-loaded shooters and a hidden motorcycle that can be fired out at the press of a button. The five minifigs are Kai, Jay, and Cole, and a couple of Nindroid warriors. The original #70727 LEGO Ninjago X-1 Ninja Charger was released back in 2014 and was a very popular set. The new version appears more sleek, but it has most of the same functions. If you missed out on the original, or if you want to own both, the Double VIP Points period is a good time to get the new version. The price is $49.99, and it’s available at the LEGO Ninjago section of the Online LEGO Shop. 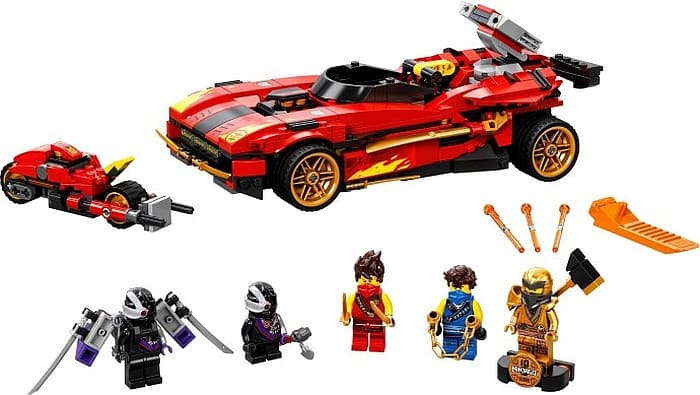 Remember that there are also a couple of freebies this month. You can get a free #40448 LEGO Ideas Vintage Car with purchases of $85 or more during the entire month (or while supplies last). This was originally a fan-designed model that won a contest on LEGO Ideas. 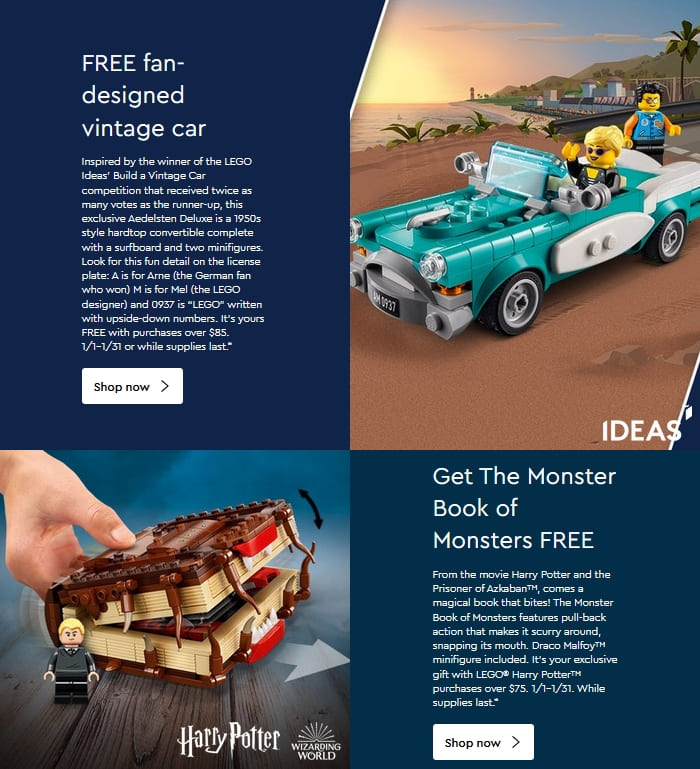 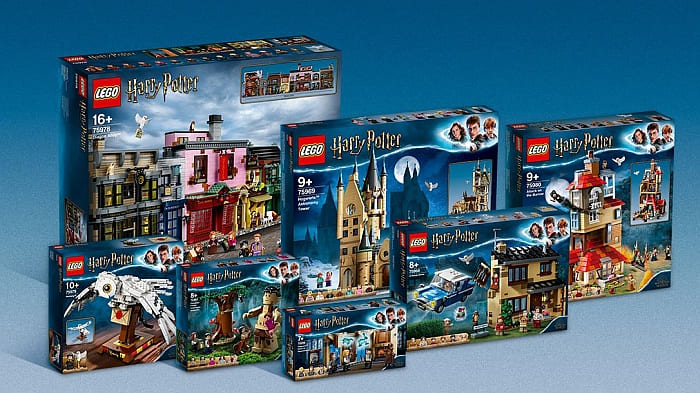 I also encourage you to keep an eye on the clearance section of the Online LEGO Shop. LEGO has been clearing out older sets at a 20-50% discount, and you might find something that you like. What’s available at the clearance section changes frequently, so it’s a good idea to check at least a couple of times a month. To see the currently available discounted sets, visit the sales section of the Online LEGO Shop. 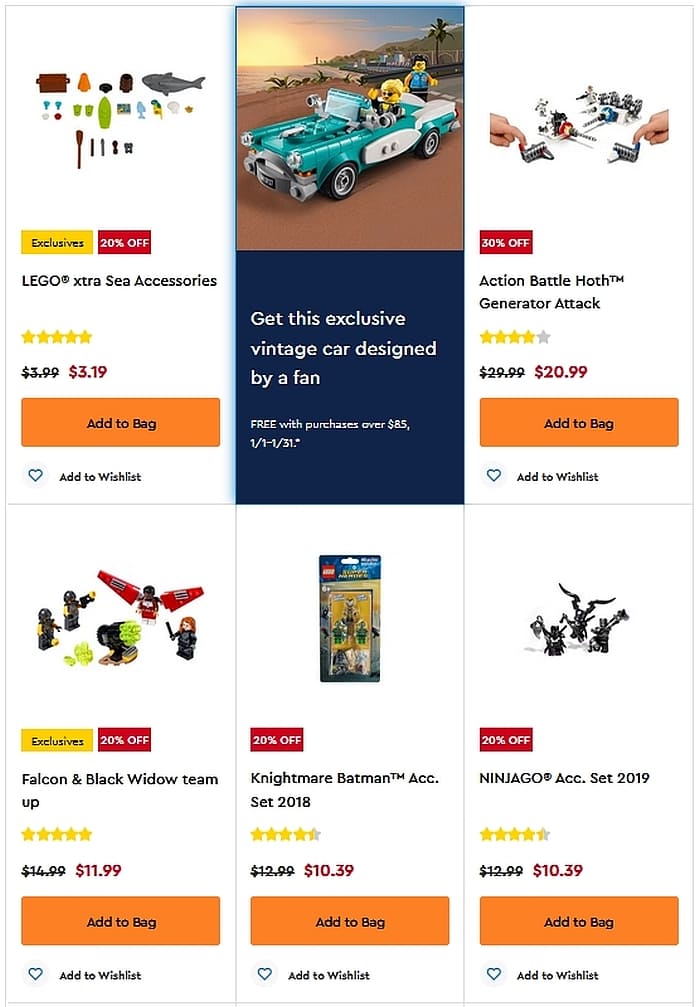 And of course, there are tons of new sets that were just released. If you want to go through the full list, visit January 2021 – New LEGO Sets & Promotions discussion we had last week, or go directly to the new sets section of the Online LEGO Shop. 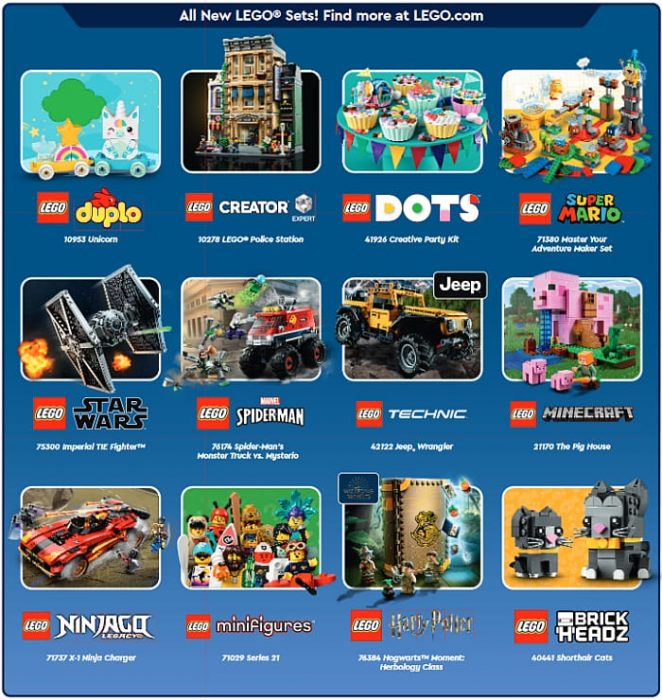 What do you think? Did you get any of the 2021 sets yet? And are you planning to take advantage of any of the above-mentioned promotions? Feel free to share and discuss in the comment section below!