LEGO shared the following media alert about the upcoming LEGO Ideas Sonic Mania set. Please note that this is not a final press kit, so details like pricing and release date are not included. Also, the images are from the original LEGO Ideas submission and not of the final product. But it is still interesting information that we can discuss. 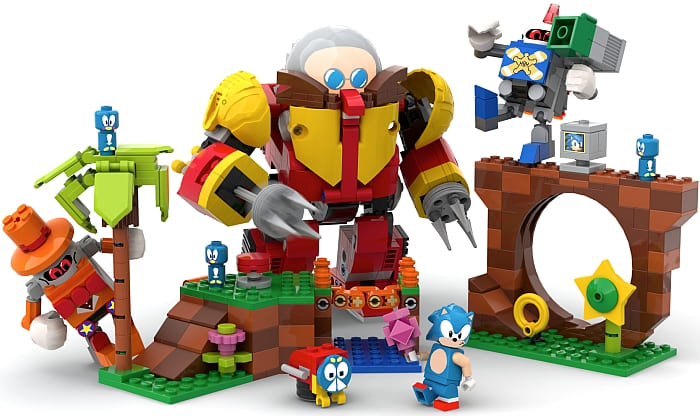 LEGO Ideas today announced they will be bringing SEGA’s legendary speedster, Sonic the Hedgehog, to brick form, thanks to a concept design submitted by a 24 year-old UK-based LEGO superfan, Viv Grannell. Viv, also a passionate Sonic fan, created her design as a submission to the LEGO Ideas platform, a LEGO initiative that takes new ideas that have been imagined and voted for by fans and turns them into reality.

Viv wrote on the LEGO Ideas page of the project: Released digitally in late 2017 and expanded on with a physical release a year later, Sonic Mania is many things. An authentic recreation of the timeless gameplay stylings of the 90’s, a stunning showcase of gorgeous pixel art and striking low-poly models, and our first true taste of what Sonic fans gone pro can do with the series. With all this under its belt, it’s no surprise the game is still extremely popular even years later. What better way, then, to keep the ultimate celebration of past and future rolling into the franchise’s 30th anniversary in 2021 than by bringing the hedgehog’s adventures to the brick-built world of LEGO? 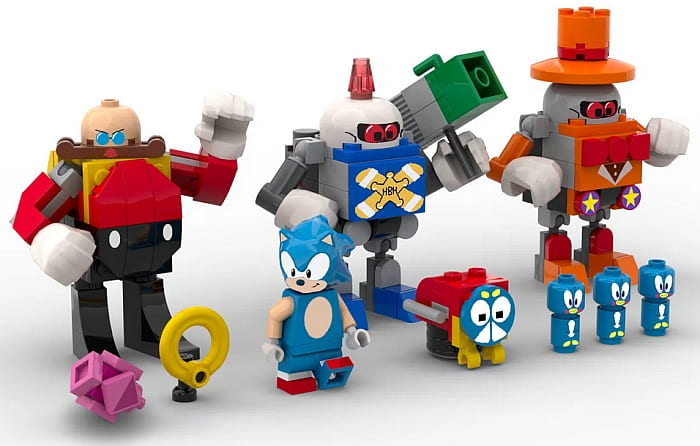 Viv’s design was inspired by SEGA’s critically acclaimed 2017 platformer experience Sonic Mania, and features iconic characters and environments from the game’s Green Hill Zone level. Once the design was completed, it achieved the prerequisite 10,000 votes from LEGO fans worldwide – before being greenlit to go into production by the LEGO Group.

Talking about the winning idea, Viv Grannell said; “I’ve been invested in the world of Sonic for almost my entire life, and it’s such a perfect fit for the LEGO system that I spent about a year rallying support for it to happen. Having 10,000 people back my design was overwhelming enough, even with friends and family behind me, but having it be selected for further development was the most exciting secret I have ever had to keep!” 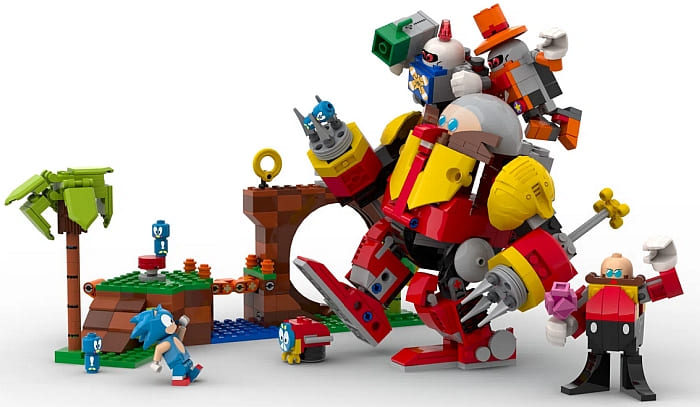 The Sonic Mania Green Hill Zone LEGO Ideas design will now go into the product development phase, in partnership with SEGA and once finalised, will be available worldwide.

Talking about the collaboration, Jason Rice, Director of Brand Licensing, SEGA Europe Ltd, said; “At SEGA, we’ve always encouraged fans to take part in the legacy of the Sonic franchise through their own creations and it’s wonderful to see the tradition continued through the LEGO Ideas program. We’re thrilled to partner with Viv and the LEGO Group, and hope to inspire fans to continue creating their own unique Sonic the Hedgehog experiences for generations to come.” 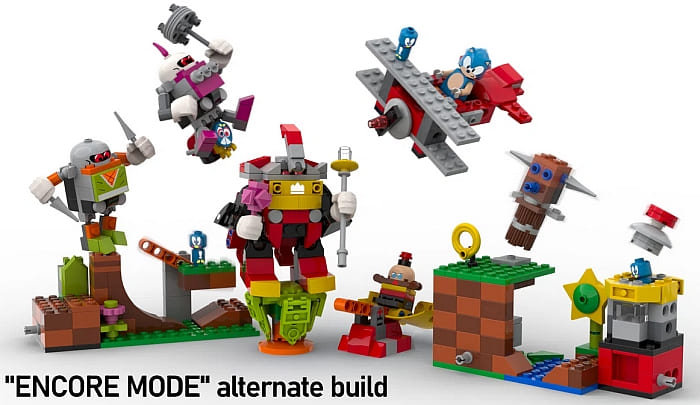 The Sonic Mania Green Hill Zone LEGO Ideas design is the ultimate embodiment of Sonic the Hedgehog’s past and future as the franchise celebrates its 30th anniversary this June. Featuring a wide variety of elements inspired by Classic Sonic, the set will provide LEGO collectors and Sonic fans alike a truly supersonic LEGO experience. To find out more about the LEGO Ideas platform and see other designs that have been developed into products visit the LEGO Ideas section of the Online LEGO Shop.

What do you think? Are you excited about this upcoming set? Feel free to share your thoughts and discuss in the comment section below!