You probably heard already that the LEGO Ideas review board recently announced that two new projects were approved to become official LEGO sets. This brings the number of upcoming LEGO Ideas sets that have not yet been released to eight. As far as I remember, this is the highest number of LEGO Ideas sets still in queue that we have seen, so I thought it would be a good idea to summarize what’s coming. Keep in mind that the LEGO Ideas team is still working on the final product design, pricing, and availability of these sets. All we know at this point is that these are the LEGO Ideas sets scheduled for release in the (hopefully) near future. 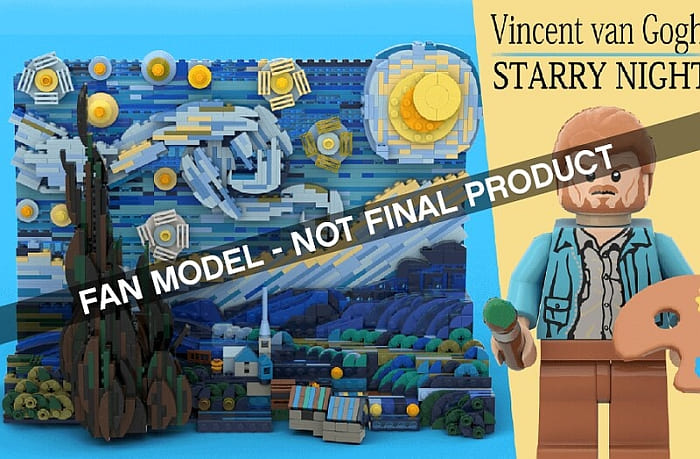 In the most recent announcement, two projects were approved; LEGO Vincent van Gogh – The Starry Night by Truman Cheng (a.k.a. legotruman), and LEGO Sonic Mania – Green Hill Zone by Viv Grannell (a.k.a. toastergrl). If you’d like to learn more about the designers and their projects, check out Truman’s 10K Club Interview here and Viv’s 10K Club Interview here. 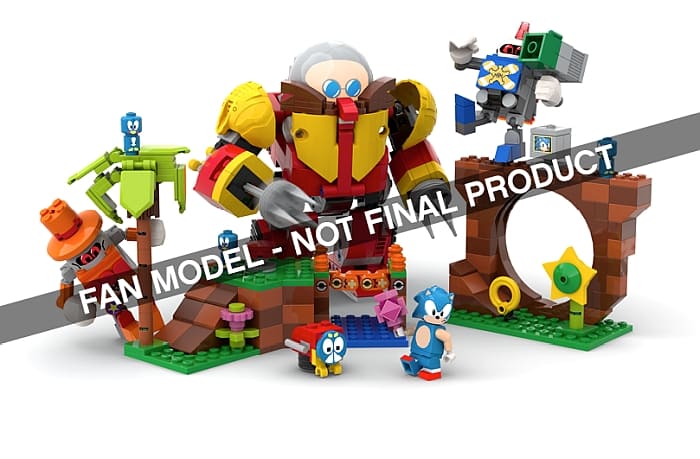 It has been rumored that the next LEGO Ideas set that will be announced soon is going to be LEGO Winnie the Pooh by Ben Alder (a.k.a. benlouisa). This is a cute set featuring Winnie the Pooh and his friends. If you’d like to learn more about this project and its creator, check out their 10K Club Interview. 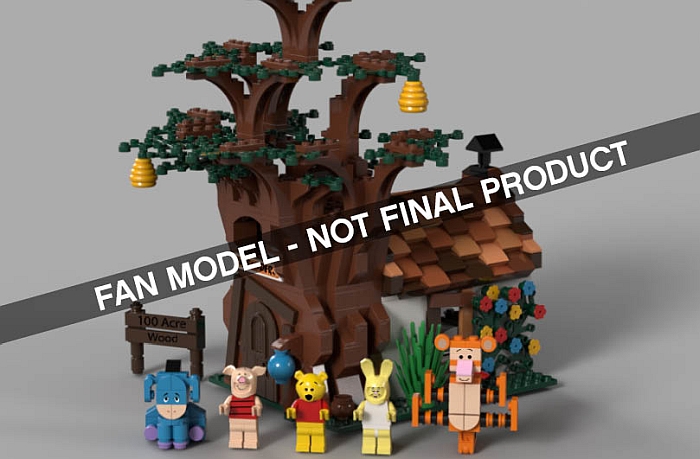 Probably the most complex upcoming set is the LEGO Typewriter by Steve Guinnes. It’s a replica of a real vintage typewriter with working mechanical features. If you’d like to learn more about this project and its creator, check out their 10K Club Interview. 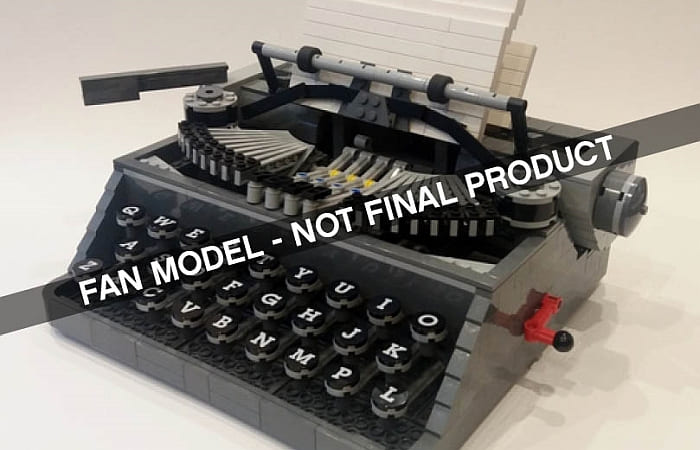 A fun project that is going to be turned into a LEGO set is Home Alone – The McCallisters’ House by Alex Storozhuk (a.k.a. adwind). It’s quite a large building, so it’s possible that LEGO designers will scale it down like they have done with the #21324 LEGO Ideas 123 Sesame Street set. If you’d like to learn more about this project and its creator, check out their 10K Club Interview. 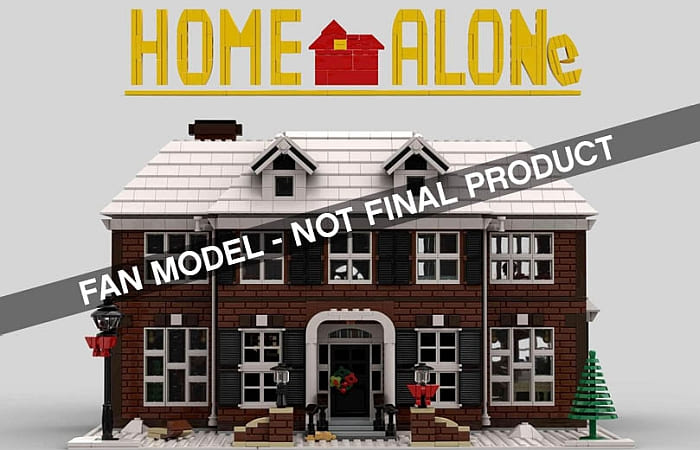 We also get another television show based set; Seinfield 30th Anniversary by Brent Waller. You might remember Brent, as the prototype for the #21108 LEGO Ideas Ghostbusters Ecto-1 was also submitted by him, and he is also well known for building a giant Batcave – pictures of which you often see shared on social media. If you’d like to learn more about Brent’s new project, check out his 10K Club Interview. 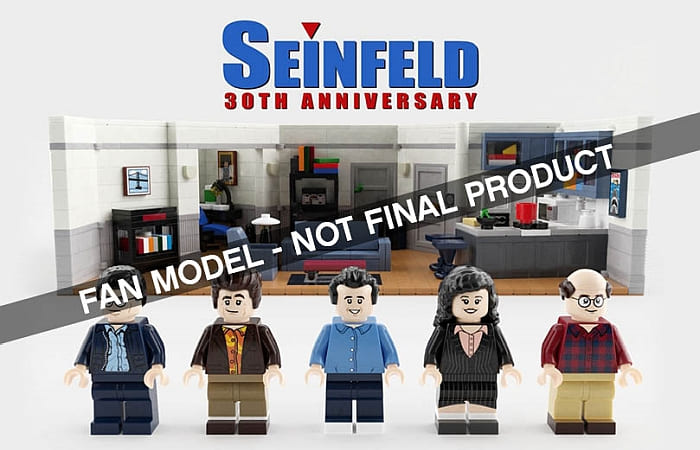 A nice display and home décor piece is the LEGO Earth Globe by Guillaume Roussel (a.k.a. Disneybrick55). If you’d like to learn more about this project and its creator, check out their 10K Club Interview. 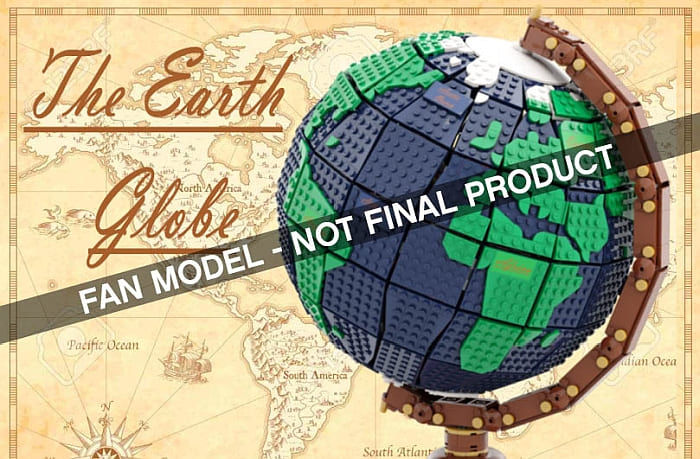 The LEGO Legendary Stratocaster by Tomás Letenay (a.k.a. TOMOELL) came about in a different way than the other upcoming LEGO Ideas sets. This project won the Music to our Ears contest product idea review. It originally placed 7th in the fan vote part of the contest with 427 votes, but the LEGO Ideas review board liked it so much they picked it over the other projects. You can read more about this project here. 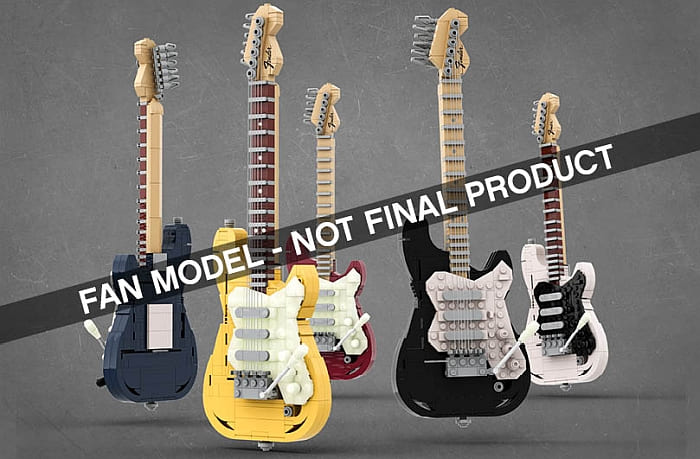 While we are waiting for these sets to be released, the next batch of LEGO Ideas projects are already in review. This is yet another big group of submissions that reached 10,000 supporters between early September 2020 and early January 2021. The results should be shared sometime in the summer. The LEGO Ideas team also made the following important announcement:

“Over the past year, we’ve seen a large increase in the number of members both submitting creations and voting on LEGO Ideas as a result of global lockdowns, which has led to a significant uptick in the number of submissions reaching the 10,000 supporter milestone. Naturally, this has certainly also presented a challenge for us as we can only produce so many LEGO Ideas sets each year.

We initially addressed this back in September last year, importantly, emphasizing that we will not make any hasty decision about changing the fundamental nature of how LEGO Ideas works.

Our desire to realize more fan creativity has however led to a pilot project together with BrickLink, where we will invite select non-IP 10K creations to participate in the BrickLink Designer Program. We are still finalizing the details of this, but hope to be able to start reaching out to selected fan designers soon, as well as share more broadly with all of you. Stay tuned.”

In the meantime, remember that the beautiful #21325 LEGO Ideas Blacksmith was released just a few days ago, and we also got some other recently released LEGO Ideas sets like the #21323 LEGO Ideas Grand Piano, the #21322 LEGO Ideas Pirates of Barracuda Bay, and the #21318 LEGO Ideas Tree House. You can find them all at the LEGO Ideas section of the Online LEGO Shop. 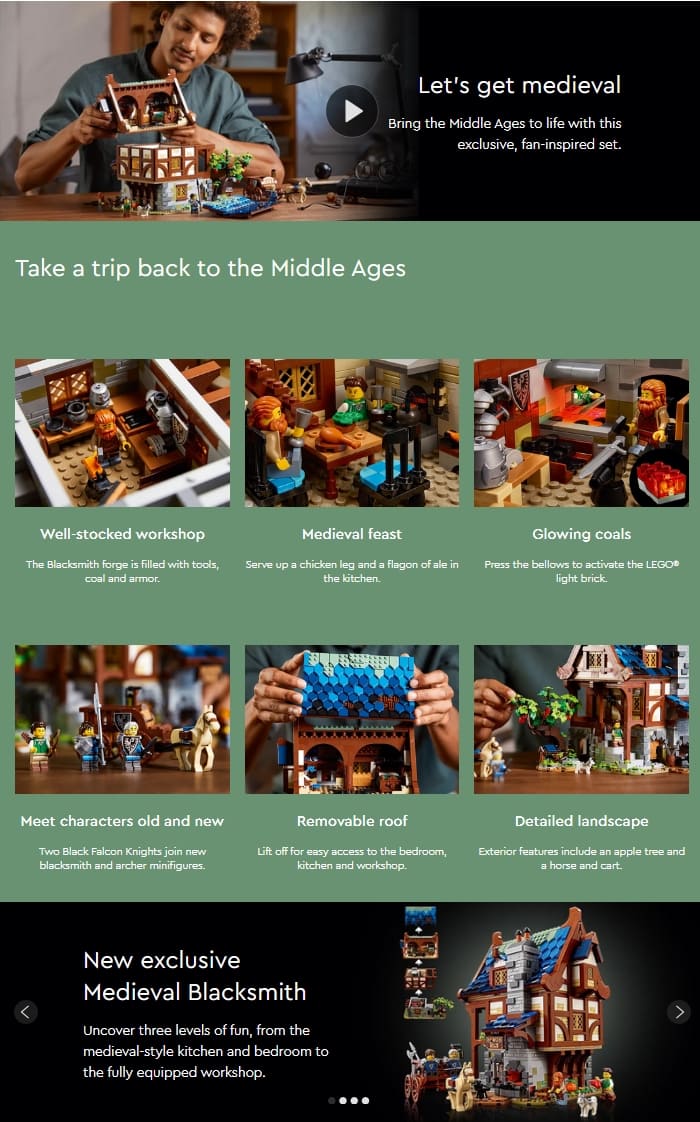 What do you think? Which one of the upcoming LEGO Ideas sets are you looking forward to the most? And what do you think of LEGO releasing more LEGO Ideas projects through BrickLink? Feel free to share your thoughts and discuss in the comment section below!