LEGO BIONICLE has been in the news quite a lot lately as LEGO BIONICLE fans pushed the theme to the top of the list in the first round of votes for the most popular classic LEGO theme. LEGO is planning to release a 90th anniversary set based on one of the top four themes selected during the voting process (more info here). Fans of other classic LEGO themes were taken by surprise and even came up with various theories of how and why BIONICLE became the most wanted LEGO theme. The bottom line is that LEGO BIONICLE is still very popular and fans are hungry for more. 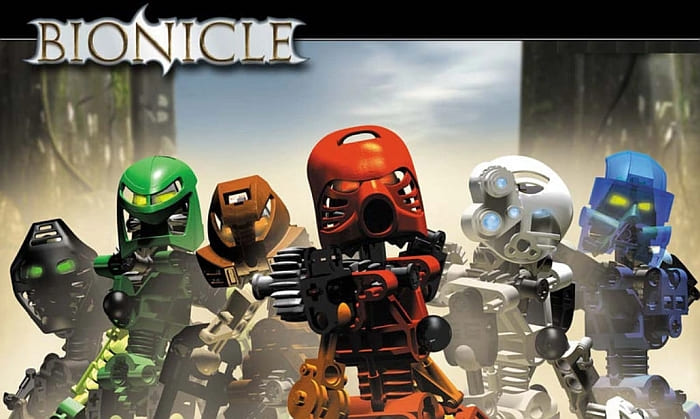 LEGO BIONICLE was originally launched in late 2000, early 2001 as a sub-theme of LEGO Technic. Over the following decade, it became one of LEGO’s biggest-selling properties; spawning into a franchise and playing a part in saving the company from its financial crisis of the late 1990s. BIONICLE was even named as the number one LEGO theme in 2003 and 2006 in terms of sales and popularity. However, despite a planned twenty-year tenure, the theme was discontinued in 2010. The decision was made due to dwindling sales and a lack of new interest in the theme (possibly brought on by its decade-long back-story and lore). BIONICLE was rebooted in 2015, but it only lasted a couple of years due to lack of sales. People criticized the simplified story and undeveloped characters of the reboot and thus it never took off.

The popularity of BIONICLE had to do with its rich, original story depicting the exploits of the Toa, heroic biomechanical beings with innate elemental abilities, whose duty is to maintain peace throughout their universe. The whole narrative was told across a multimedia spectrum including comic books, novels, games, movies, online content, and a series of direct-to-DVD films – BIONICLE: Mask of Light (2003), BIONICLE 2: Legends of Metru Nui (2004), BIONICLE 3: Web of Shadows (2005), and BIONICLE: The Legend Reborn (2009).

The first three films have been upscaled to 1080 HD by the BIONICLE Animation Archive with accurate noise removal on characters and textures, original unaltered color profile, original 16:9 aspect ratio, and sharpening on smaller textures for more fine, intricate details. These are hour-long films, but if you grew up with BIONICLE, or even if you are new to the story, I think you will enjoy them. You can watch below.

If you enjoyed the films, and you would like to own the films, they are still available on DVD on Amazon. Below are the links.

We won’t know for quite a while which of the four top voted themes (LEGO BIONICLE, LEGO Classic Space, LEGO Pirates, and LEGO Castle) LEGO is going to select as an anniversary set. But LEGO BIONICLE fans made it known that they are still loyal to the theme and they would like it to come back at least as a single set celebrating BIONICLE’s important place in LEGO’s history.

What do you think? Did you grow up with BIONICLE? Are you still a fan? Would you like it to come back in some way, shape, or form? Feel free to share your thoughts and discuss in the comment section below!