In December of last year, the LEGO Group marked the 25th anniversary of its first ever video game with the release of the popular Bits N’ Bricks podcast series. Now, the company marks another important date with the release of the fully remastered LEGO Universe (Original Game Soundtrack) to purchase and streaming for the first time ever. The soundtrack is accompanied by three episodes of the Bits N’ Bricks podcast looking back at the game’s development, with the first episode focusing on conversations with composer Brian Tyler, producer Richard Dekkard, as well as a brief visit from the voice of LEGO Universe: Sir Patrick Stewart. Details below.

LEGO Universe was the company’s first ever massively multiplayer online game launched in October 2010, with a soundtrack composed by Brian Tyler and additional music by John Harman and Richard Dekkard. Now a celebrated Hollywood composer, Tyler has composed soundtracks for huge blockbuster smashes including Avengers: Age of Ultron and Iron Man 3. The soundtrack to LEGO Universe was the first video game soundtrack he composed following soundtracks for classic films like Constantine and The Lazarus Project. It was created with the Slovak National Symphony Orchestra, but due to scheduling constraints, Tyler ended up overseeing the entire recording live from a studio in Los Angeles using video and audio streaming between the countries. 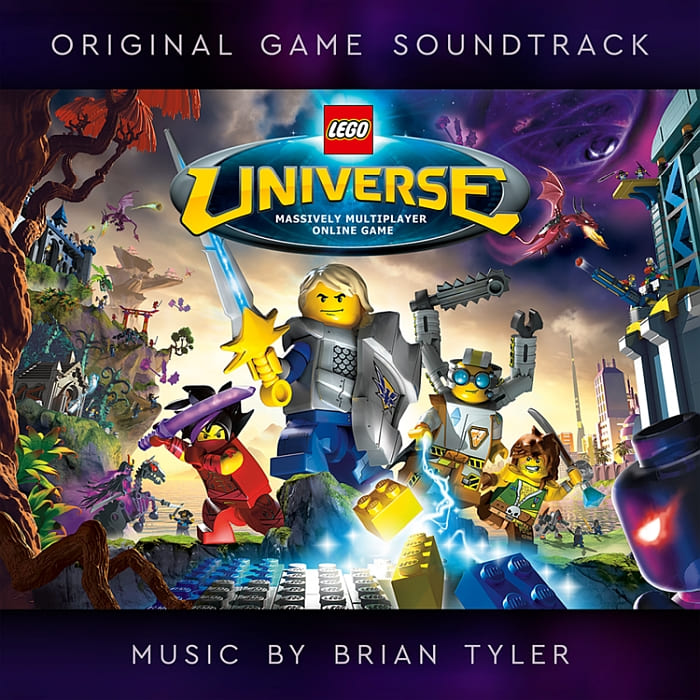 The LEGO Universe theme went on to be used at the entrance at LEGOLAND parks across the globe and proved to be very popular with fans. Despite its popularity, the soundtrack has never been available to purchase or stream until now. As the landmark anniversary approached, Tyler and Dekkard came together to completely remaster the score, which the LEGO Group released on February 24th across popular digital music stores and streaming services. The album is also available on YouTube featuring a special behind-the-scenes video retrospective. Patrick Stewart, who served as narrator for the game, also appears in this video.

On the remaster, Tyler said: “I’m really proud of the music and I’m proud of the game. I am asked all the time ‘Is it going to be available? and earnestly thought to myself ‘I hope it is!’ I really wanted that for the fans, so I was not going to miss a beat in terms of helping get this out there to the world.”

To hear more about LEGO Universe’s inception, creation, launch and eventual closure, as well as other key moments in the LEGO Group’s long, rich history in digital play and video games listen to the Bits N’ Bricks podcast. Hosted by journalist Brian Crecente and documentarian Ethan Vincent, the podcast draws on over 120 interviews and explores the many facets of LEGO gaming, from unreleased projects to beloved masterpieces. You can listen to the podcast at the LEGO Games 25th Anniversary website or your favorite podcast platforms:

The remastered LEGO Universe soundtrack is available on most popular streaming and digital music services:

The YouTube  version of the soundtrack features a continuous mix of in-game and rare behind the scenes footage as well as concept art from the development of the game. The rest of the playlist includes all nine behind-the-scenes episodes.

Besides the podcast episodes and the soundtrack, the LEGO Games 25th Anniversary website features other interesting information as well. Like detailed description of each podcast episode followed by reference links to images, videos and other content, and sample summaries of each podcast episode for those who are unable to hear the podcasts due to hearing challenges. There is also a neat visual timeline, touching on some of the most impactful of the more than 80 main LEGO themed games released over the years. 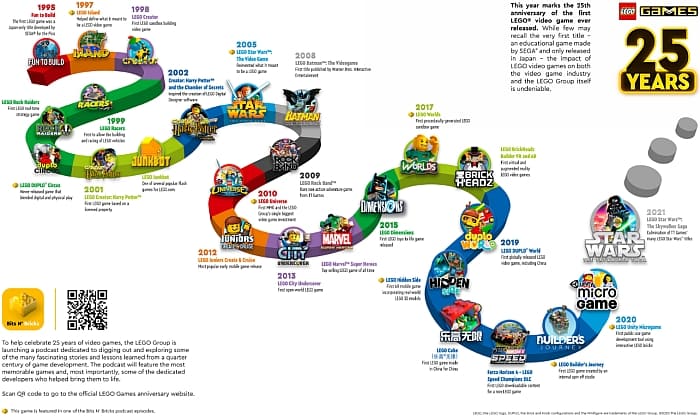 What do you think? Did you play LEGO Universe when it was available? And how do you like the Remastered soundtrack and other content about LEGO games? Feel free to share your thoughts and discuss in the comment section below!

Previous post: LEGO is Moving Away from Black Instruction Books