As we gear up for the holiday season, we can expect several new special deals and promotions via official LEGO stores and the Online LEGO Shop, as well as various retailers. In addition, LEGO just released a large number of new sets, which we will take a look at below. 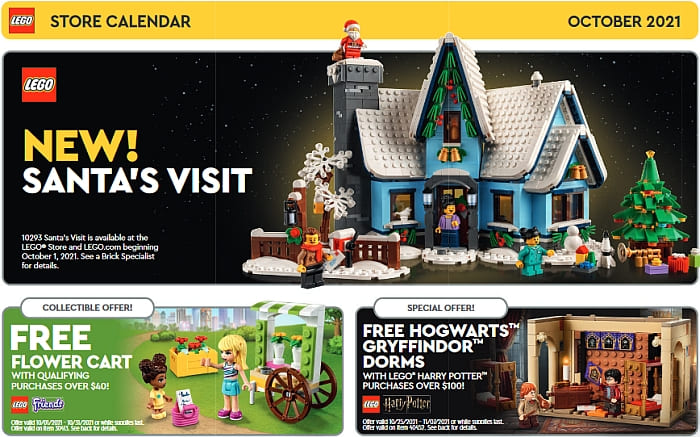 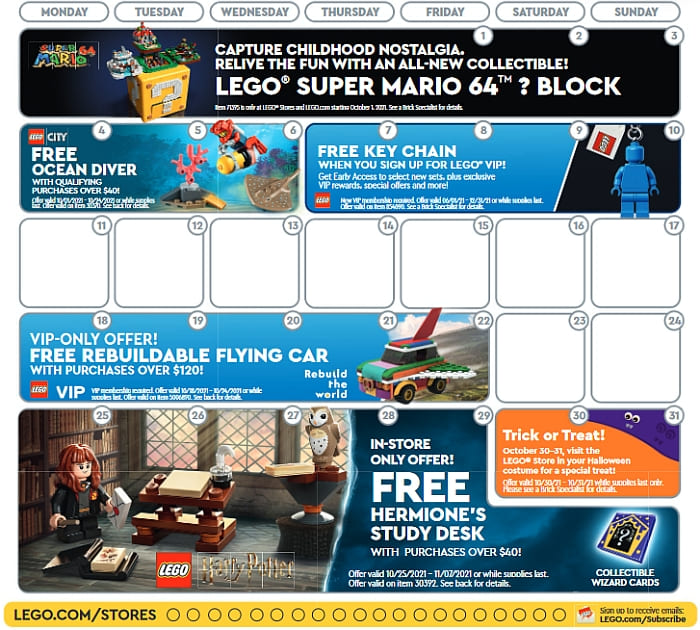 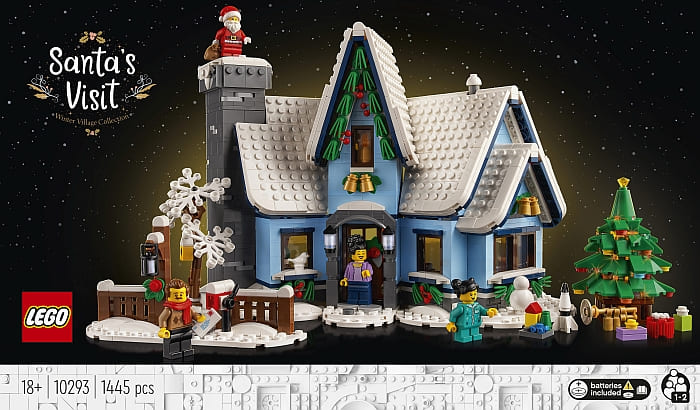 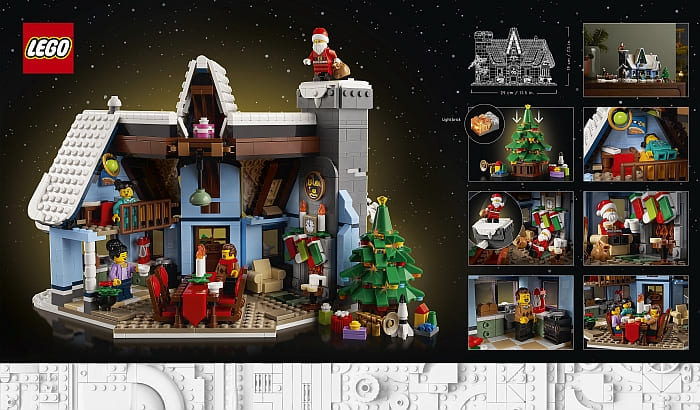 A complementary set that goes really well with the LEGO Winter Village collection is the also newly released #40499 LEGO Santa’s Sleigh. We talked about this set in detail at LEGO Santa’s Sleigh & The Evolution of LEGO Reindeer, and you can purchase it at the seasonal items section of the Online LEGO Shop. 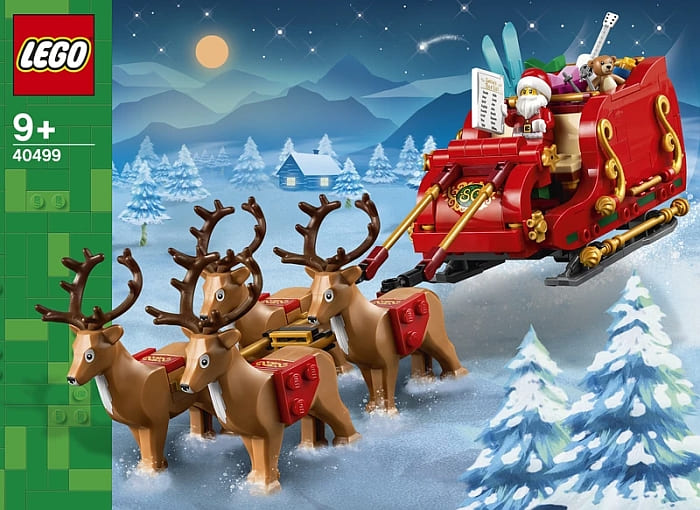 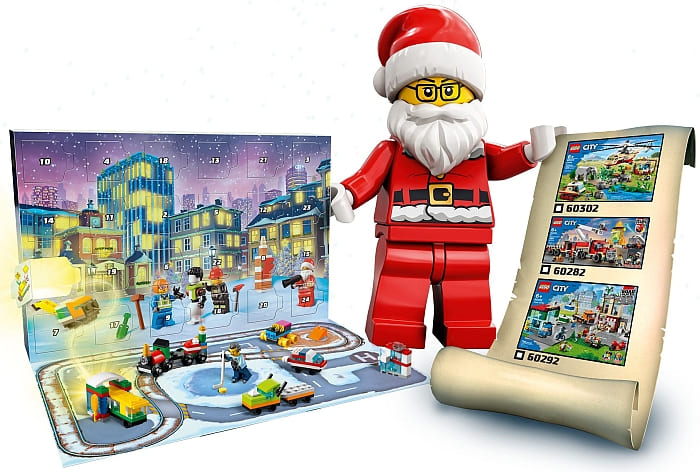 Two smaller holiday sets are the #40498 LEGO Christmas Penguin and the #40494 LEGO Polar Bear & Gift Pack. We talked about both at Seasonal LEGO sets for Halloween & Christmas and you can find them at the seasonal items section of the Online LEGO Shop. 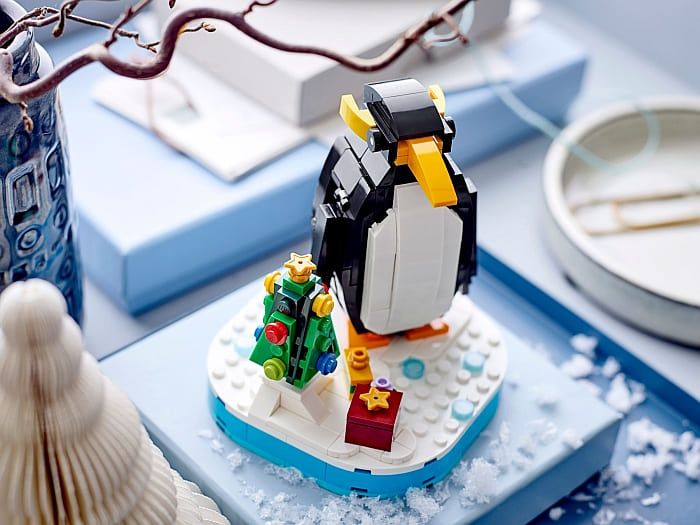 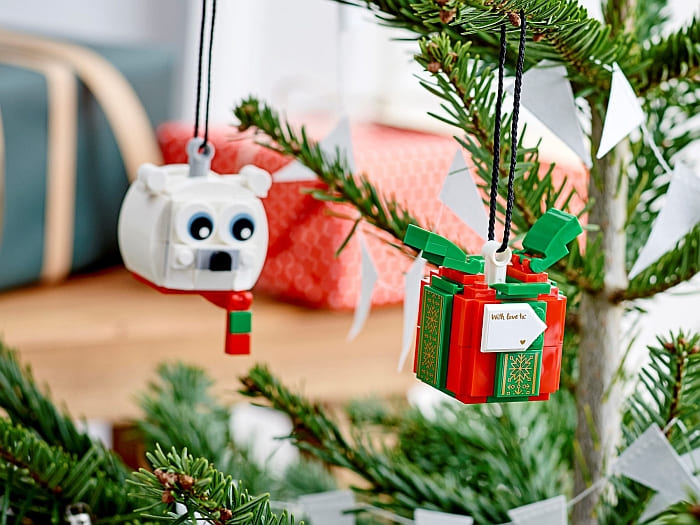 Another sweet set that you can even use for the holidays is the #10290 LEGO Creator Expert 1950s Farm Pick Up Truck. Packed with details, this true-to-life model recreates the vintage pickup truck shape with its rounded lines, delivering produce from Green Farm. You can even create a seasonal display with the many accessories included. There’s a wheelbarrow with flowers and a watering can for spring. For summer, there are two wooden crates, tomatoes, carrots, and a milk pail. Autumn brings a crate with pumpkins, while for winter there is a wreath and a festive gift. The truck measures over 5.5 in. (14 cm) high, 13 in. (33 cm) long, and 5.5 in. (14 cm) wide. comes with 1,677 pieces, and retails for $129.99. Available at the LEGO Creator Expert section of the Online LEGO Shop. 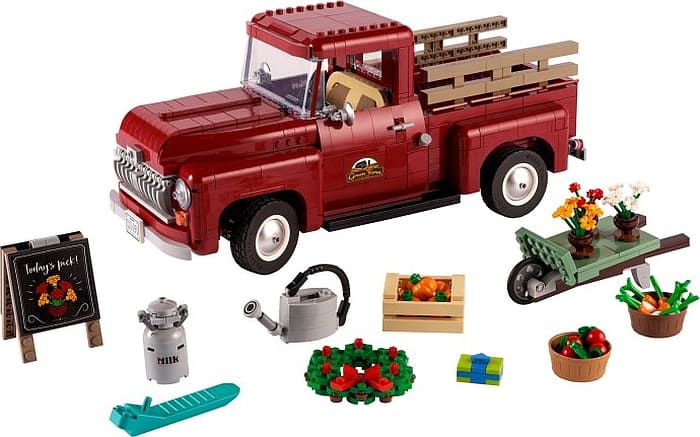 Here is another new truck, but this one is in the LEGO Technic line. The #42126 LEGO Technic Ford Raptor. Authentic details include the V6 engine with moving pistons, plus suspension on all wheels. There are four opening doors, so you can easily admire the interior, along with an opening hood and truck bed. The Truck measures over 6 in. (15 cm) high, 16.5 in. (42 cm) long, and 7 in. (18 cm) wide, comes with 1,379 pieces, and retails for $99.99. Available at the LEGO Technic section of the Online LEGO Shop. 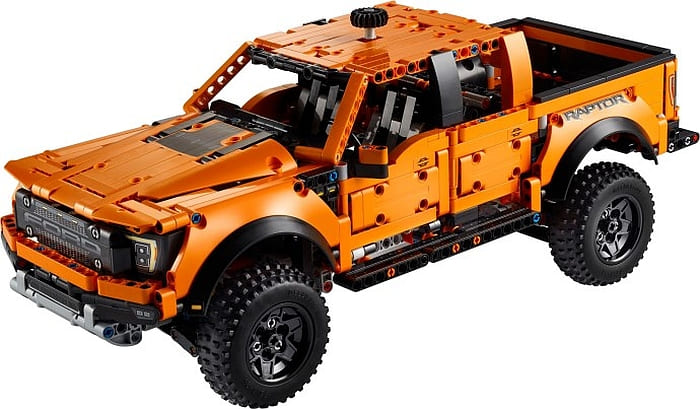 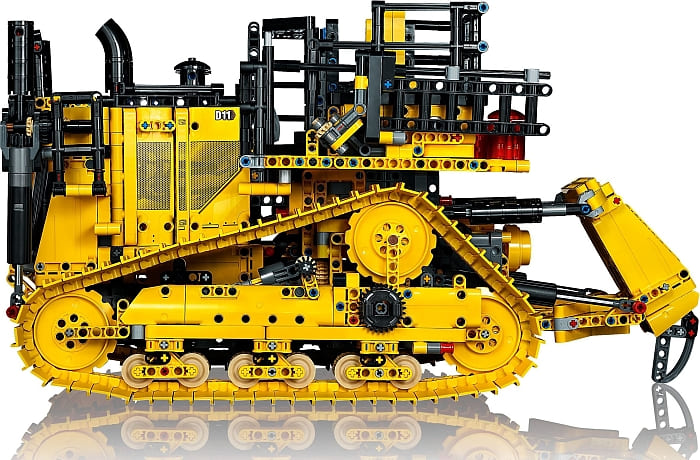 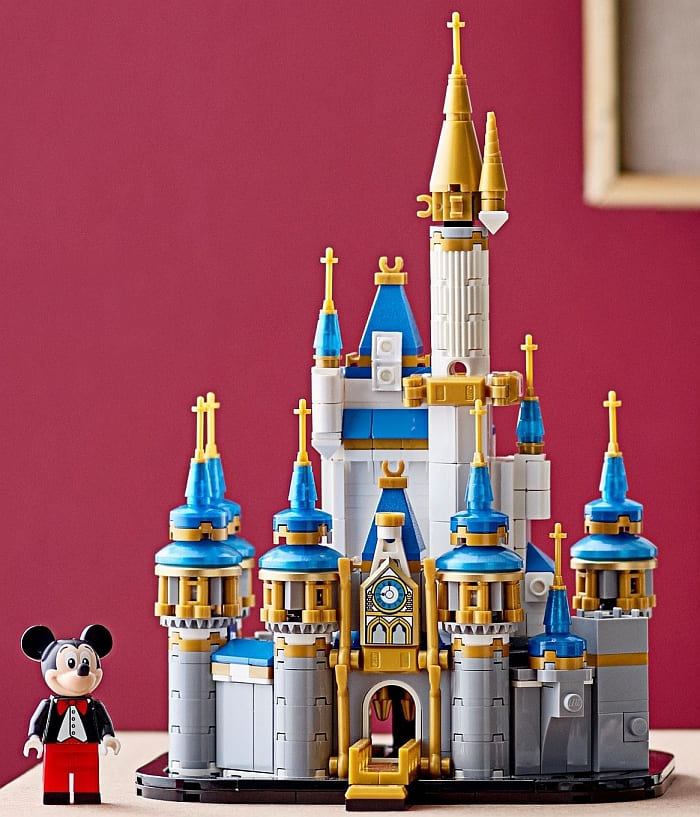 The #21329 LEGO Ideas Fender Stratocaster is now available. We talked about this set in detail (see: Thoughts on the LEGO Ideas Fender Stratocaster), but to recap, it features a replica of the iconic 1970s Fender Stratocaster guitar and 65 Princeton Reverb amplifier. The guitar comes with authentic details such as the poseable whammy bar, pickup switch, and tuning pegs. The buildable amp has removable panels for easy viewing of the motherboard, reverb tank, speaker, and other interior details, plus rubber cables to connect it to the guitar and footswitch. This set comes with 1,074 pieces and retails for $99.99. You can purchase it at the LEGO Ideas section of the Online LEGO Shop. 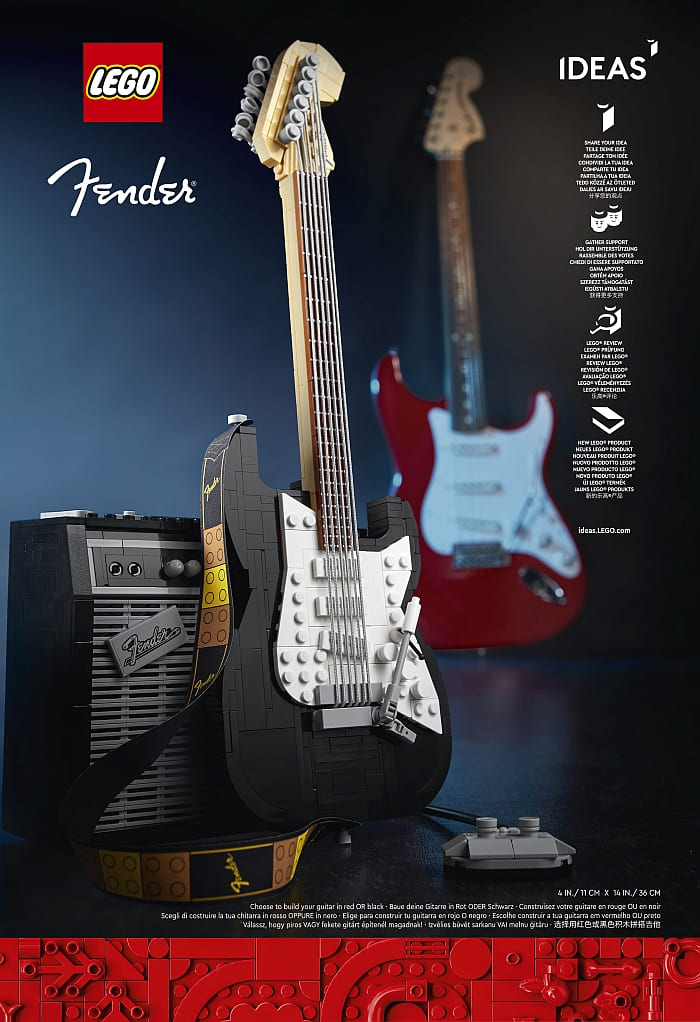 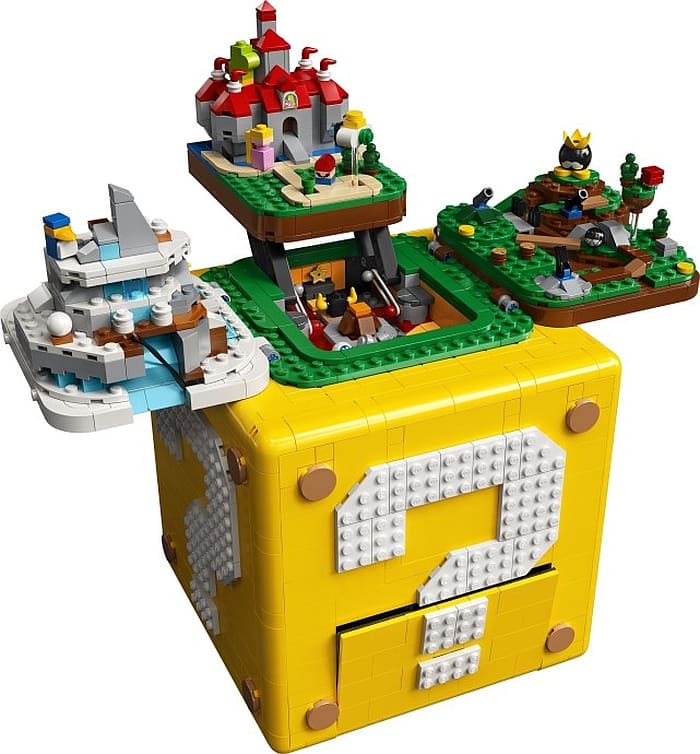 The #10291 LEGO Queer Eye – The Fab 5 Loft is the latest in a series of LEGO sets based on popular sitcoms and television shows. Queer Eye is a popular reality show on Netflix, and this set features the hosts’ original Atlanta loft. You’ll discover lots of features from the show with tributes to each of the Fab 5’s special talents. There’s a kitchen island for Antoni, a clothing rack for Tan, Jonathan’s swivel salon chair, and Karamo’s couch and scrapbook. And this space is Bobby-approved as he helped design this very special LEGO interior. No episode of Queer Eye would be complete without a makeover. So, as well as including minifigure versions of each of the Fab 5 (plus Bruley the dog), the set also includes two minifig versions of Kathi Dooley. There’s also a transformation chamber feature to recreate Kathi’s emotional ‘before and ‘after’ reveals. You can read more about the set here:  LEGO Queer Eye – The Fab 5 Loft Coming Soon! It is available at the LEGO Creator Expert section of the Online LEGO Shop. 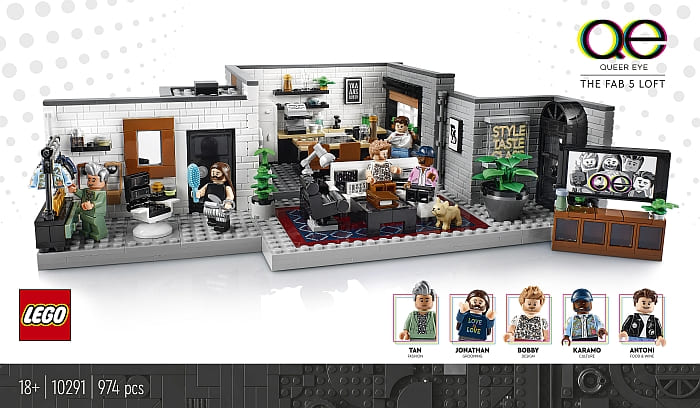 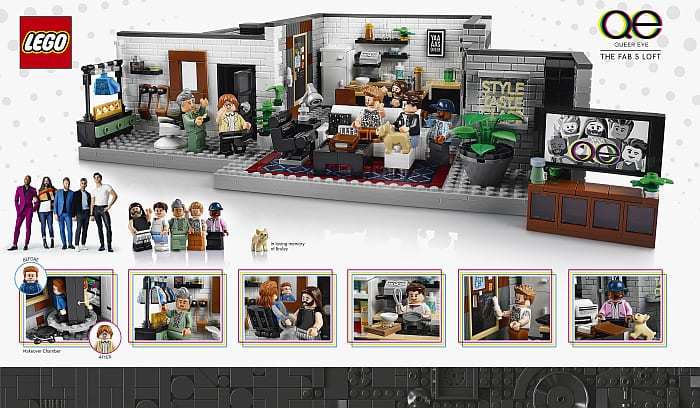 We talked about the new LEGO City Stunt Show sets before (see: LEGO City Stuntz: Flywheel-Powered Stunt Bikes), and they are now available. All of the sets feature minifig-scale flywheel-powered bikes to perform cool wheelies and high-flying stunts. There are six sets with just a minifig and a bike, and there are four larger sets with various obstacles for the bikes to interact with. Although the sets are a bit on the pricey side, I do recommend getting at least one of the bikes to try out the flywheel action. You can find all the sets at the LEGO City section of the Online LEGO Shop. 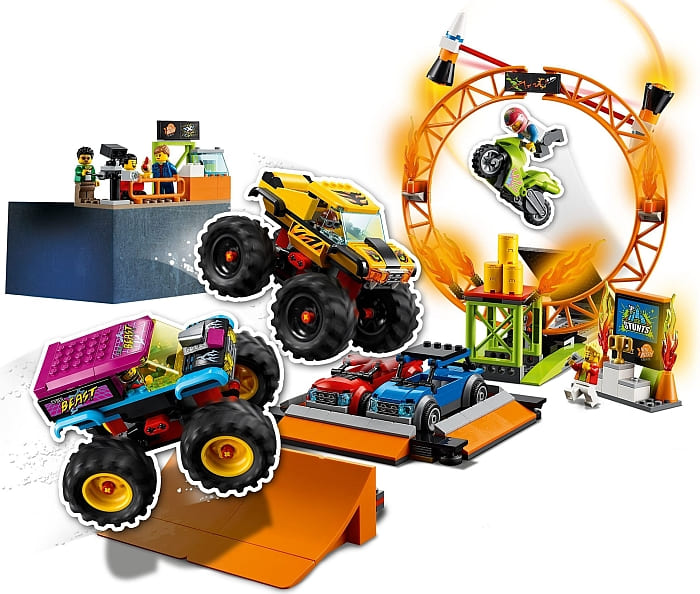 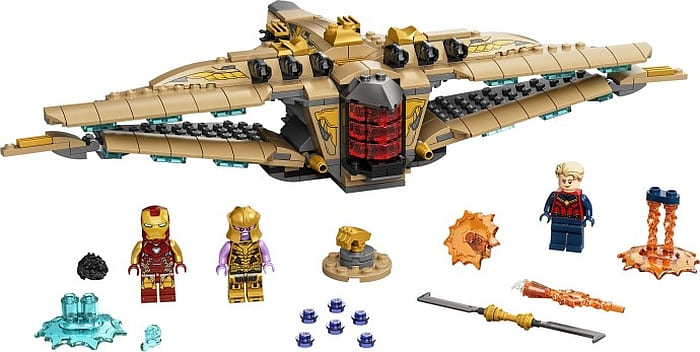 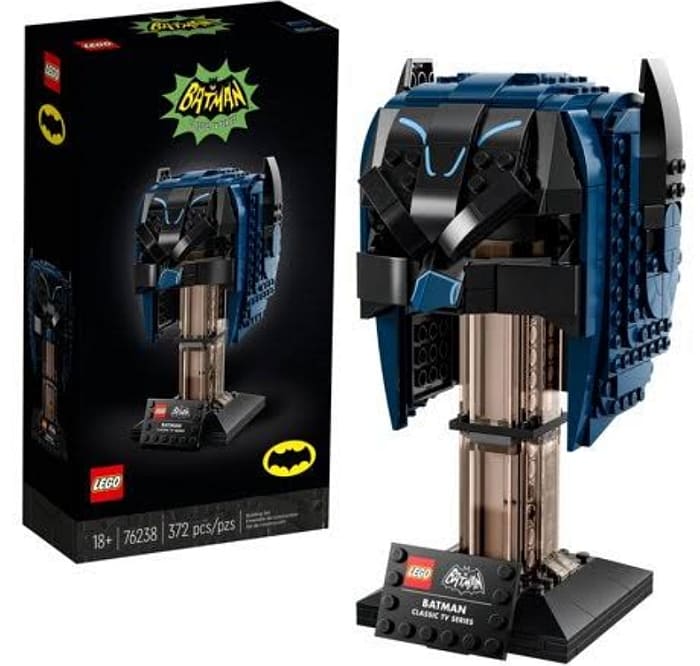 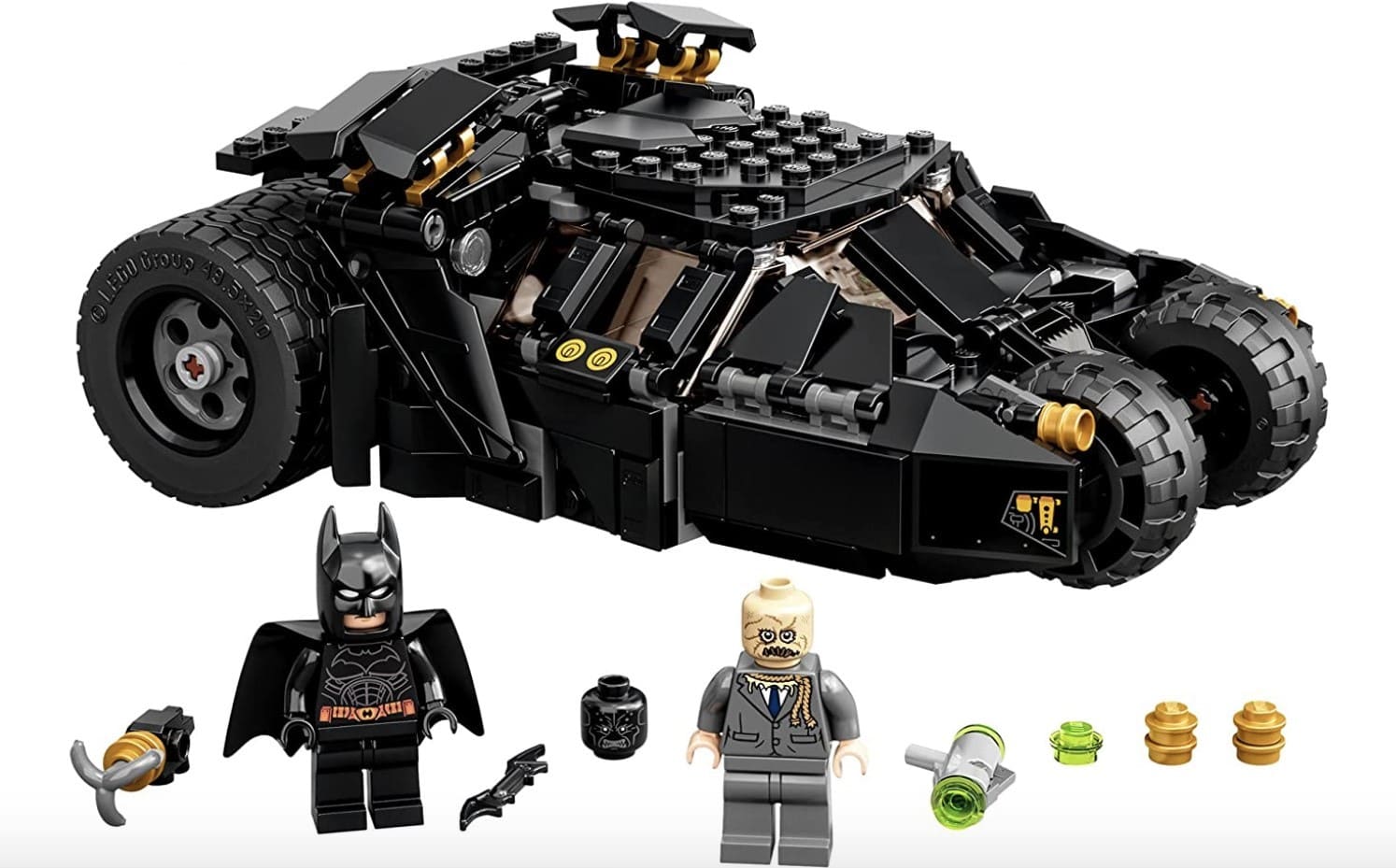 As you can see, there are quite a few new sets to choose from. Some are specifically for the holidays, while others are perfect building projects for any occasion. What do you think? Are you getting anything new this month? Feel free to share and discuss in the comment section below! 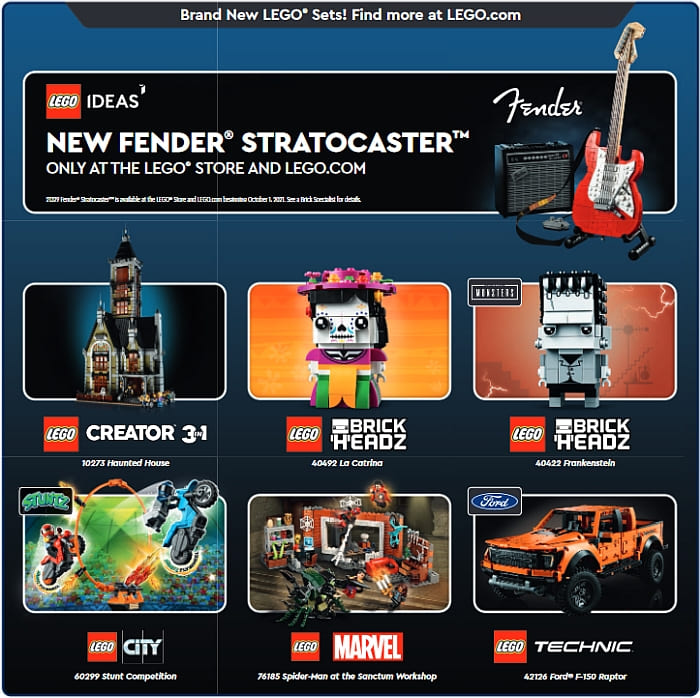