The LEGO Group and The Rolling Stones recently announced their collaboration to release the famous tongue logo of the band in the #31206 LEGO Art The Rolling Stones set to commemorate the band’s 60th anniversary. Below are the details. 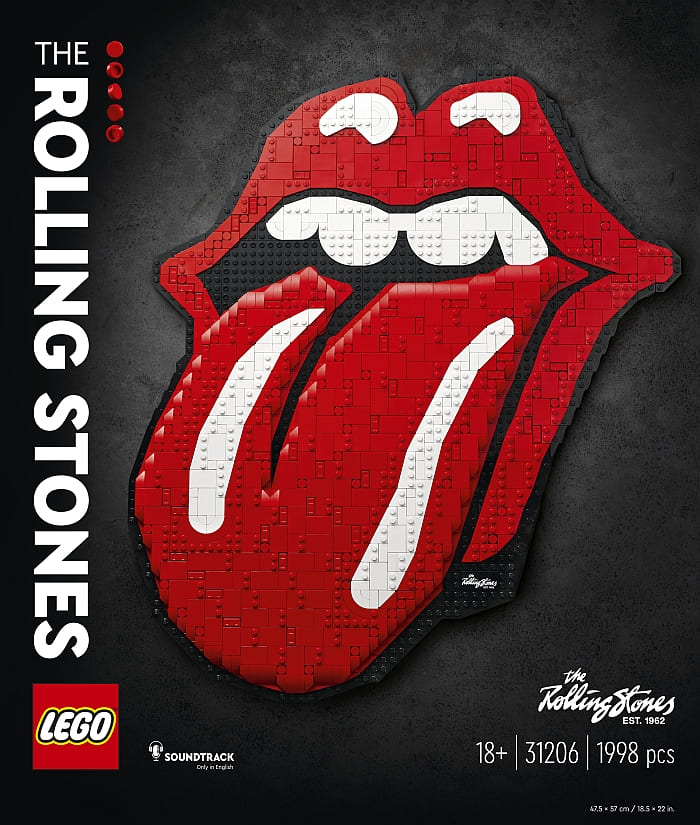 The LEGO Group brings a rock ‘n’ roll image to life in brick form. The bright red lips and tongue known worldwide as the logo for The Rolling Stones will thrill adult fans looking to combine their passion for the band’s music and LEGO bricks. 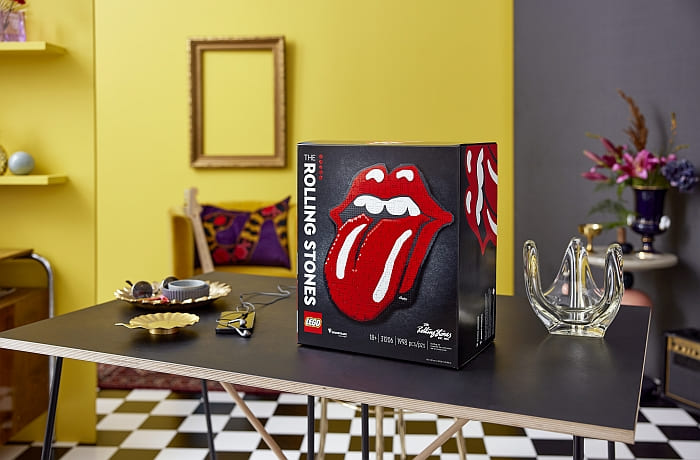 The logo, first seen on the Stones’ Sticky Fingers album 50 years ago, is a 1,998-piece tribute to their 60 years as one of the most legendary rock bands of all time. It is the first organically shaped set from LEGO Art and fans will be delighted to know that the LEGO designers included a hidden surprise. 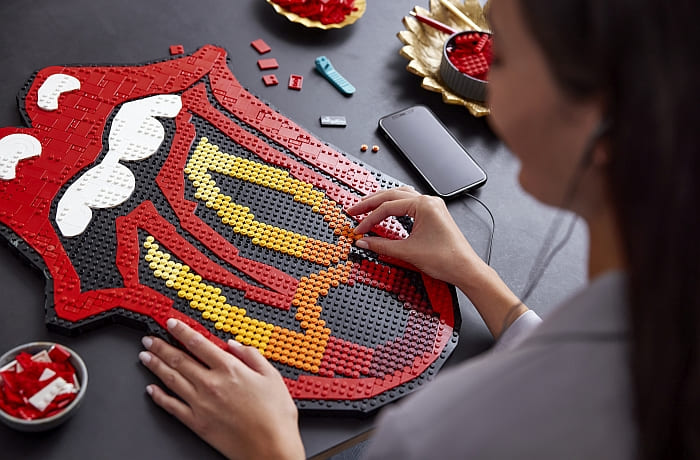 While assembling the bold, colorful lips that measure over 22 in. (57 cm) high and 18.5 in. (47 cm) wide, fans can enjoy an accompanying soundtrack with almost an hour of tailor-made content, including an exclusive interview with John Pasche, the graphic designer who created the tongue logo for The Rolling Stones back in 1970. 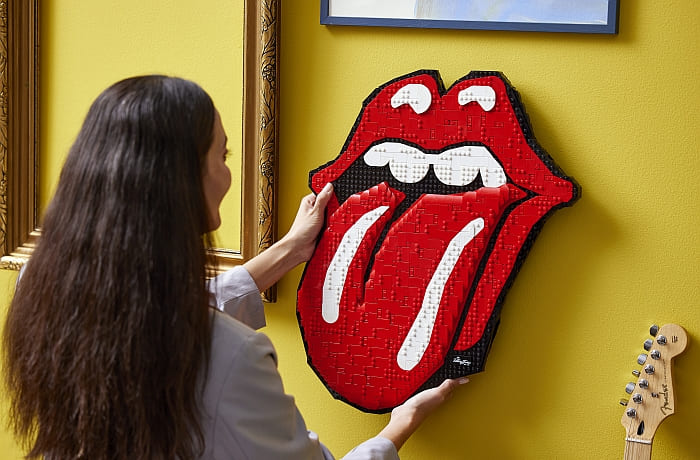 “Who would have believed, 50 odd years ago… that design would be made into a LEGO piece. Wow!” says John, after seeing the LEGO Art set for the first time.

“Since the tongue logo is one of the most recognized logos, our biggest challenge was to figure out how we could get the LEGO Art design as close to the original as possible. Previous sets have been created with 1×1 round LEGO tiles as a mosaic, but this time, in the spirit of being more Rock ‘n’ Roll, we have used the full spectrum of LEGO bricks to capture the organic curves that John created. Hearing his reaction to our final design makes me so happy!” says Fiorella Groves, Design Manager at the LEGO Group. 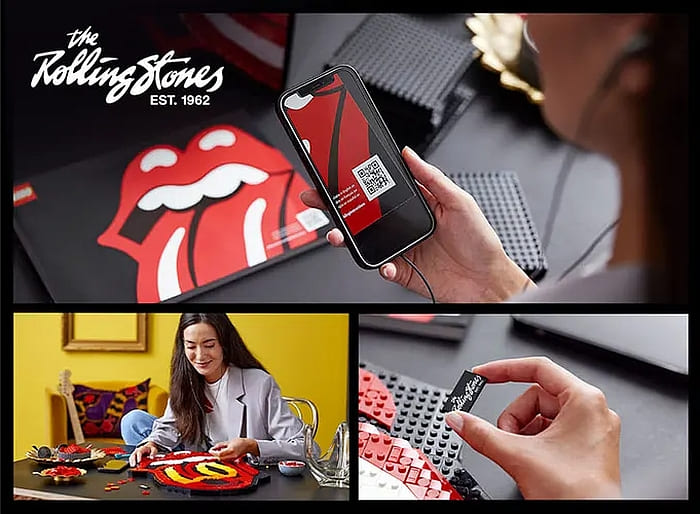 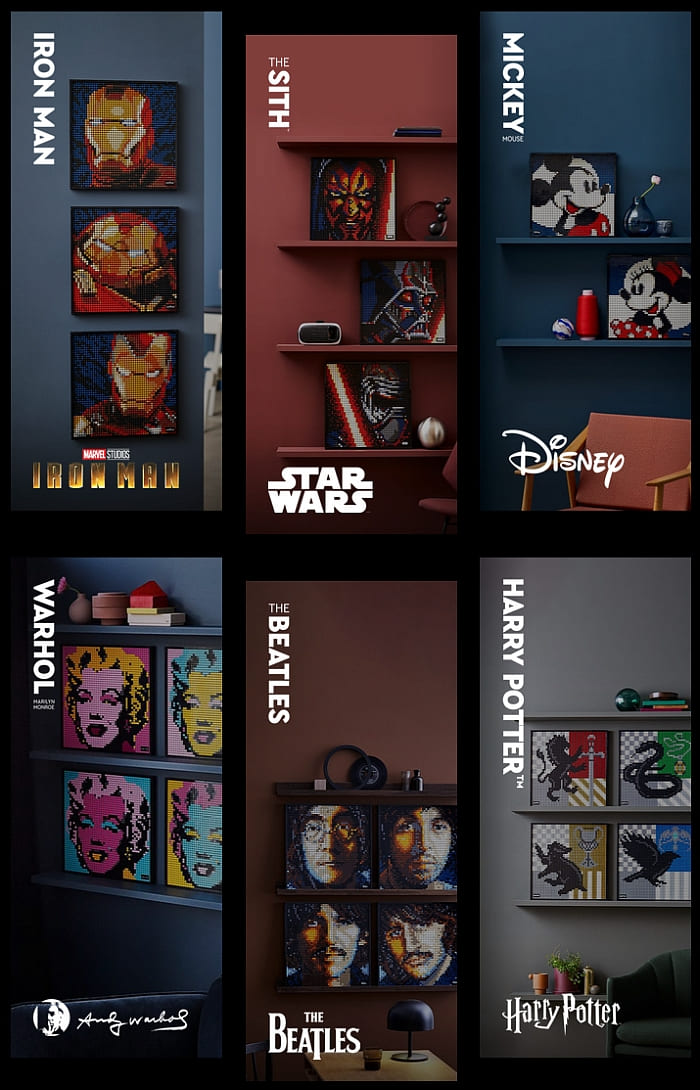 What do you think? How do you like the LEGO Art The Rolling Stones set? And which is your favorite LEGO Art mosaic so far? Feel free to share and discuss in the comment section below!

Next post: Limited Edition LEGO Ulysses Space Probe is Back!