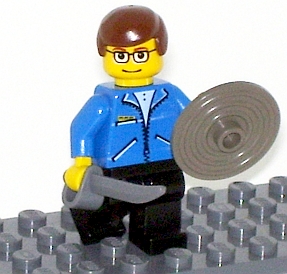 UPDATE: Will’s first book is now published and available from CreateSpace.com and Amazon.com

.  The Cleric is a humoristic tale of moderate adventure with a dash of romance.  This is not a LEGO-related book, but he wouldn’t mind seeing LEGO creations inspired by it.  With this first novel finished, Will has started writing a new fiction novel and is also working on a book-proposal for a LEGO technique book.