Sacrilege – what happens when LEGO burns?

Okay, let’s make it clear before I get stoned, or before someone get’s a heart-attack; no real LEGO bricks have been harmed in this experiment! 😎

Passionate fans of the LEGO brick often refer to other brick-brands as “clones”, deserved to be wiped off the face of the earth. When picking up a LEGO lot from a garage-sale or eBay, LEGO fans carefully go though the stack and pick out any “clones” that could desecrate their LEGO collection. These poor clone-bricks often end up in the trash-bin, or sometimes get donated to charity. But… how about giving them what they really deserve for their miserable existence… 😈 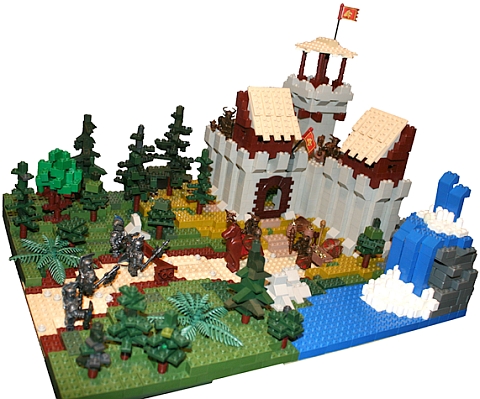 Although LEGO fans do talk about how clone-brands should be burned at the stake, nobody I know has actually done it literally… except for Sean & Steph Mayo (yes, the builders of the sweet LEGO Fairy Forest I featured a few days ago), who were up to the brave and honorable task. 🙄

Sean & Steph built the lovely scene, pictured above, from LEGO clone-bricks (mainly from Megabloks), then lit it up! Watch the video below to see what happens! WARNING! Not for the faint of heart! ❗

And below is the final result of LEGO clones charred to the bone. In my opinion the diorama is quite beautiful and artistic, even in its death – or perhaps more that it was in life. The waterfall section has a mystical beauty, and did you notice the lone survivor Megabloks figure at the tower? Maybe clones are not that bad after all… 😐 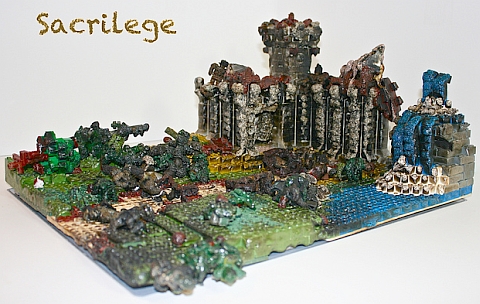 What do you think? Is burning LEGO sacrilege? How about burning LEGO clones? What was your reaction to the video and the experiment? And what do you think of the final result? Share your thoughts and comments below! Oh, and please don’t try this at home!  😉

If you need to de-shock yourself after watching this video, check out:

Next post: Building LEGO models – tips from the pros