At last we can finally take a look at the new LEGO The Hobbit sets based on the second film, The Desolation of Smaug, that will be released this December. The LEGO Hobbit sets will be released around the same time. (All images are from TheOneRing.net.) So let’s see what we got! 🙂

➡ #79013 LEGO THE HOBBIT LAKE TOWN CHASE: we have talked about this set before as it was first displayed at the San Diego Comic-Con this summer (see: LEGO The Hobbit Lake Town Chase Coming!). Included in this set are the exclusive Bard, Lake Town Master, and Lake Town guard minifigs. Also contained in this set are Bilbo Baggins and Thorin Oakenshield. Thorin comes with a new printed torso in this set. The buildings are comparatively small to other structures released in the LEGO Lord of the Rings and LEGO The Hobbit lines (such as the #79003 Bag End, the #9474 Helm’s Deep, and the #10237 Tower of Orthanc) yet they are nicely detailed with a jail-cell, slanted roofs, and a weapons-rack. Furthermore, there are several dark-brown and dark-green elements that are always a useful additions to a LEGO collection. A small Lake Town boat is included as well. 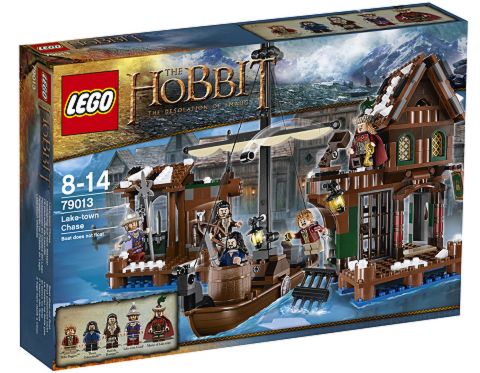 ➡ #79011 LEGO THE HOBBIT DOL GULDUR AMBUSH: This set includes an exclusive Beorn minifigure and two awesome Gundabad Orcs. I find the new Orcs a great addition to the previously released versions, and Beorn is very interesting looking. Also included is a gateway (perhaps the gate to Dol Guldur?), complete with spinning axes, a swinging hammer, a deadly Orc catapult, and of course flick-fire missiles. This set can be combined with the bigger #79014 LEGO The Hobbit Dol Guldur Battle. 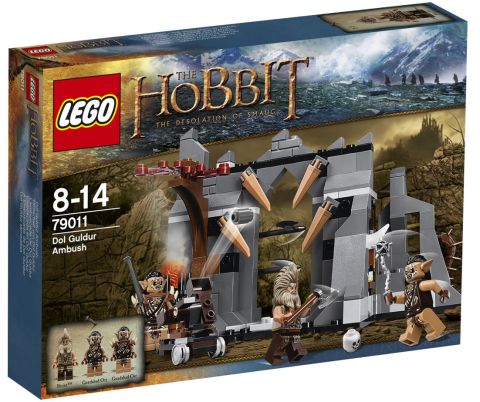 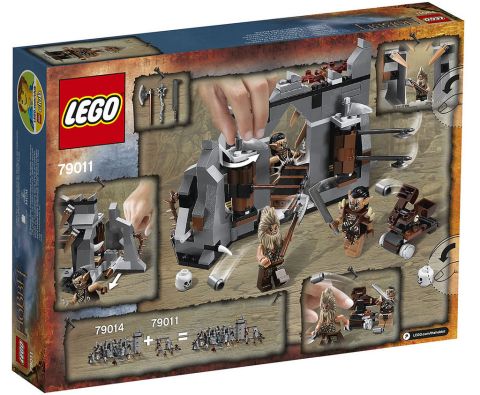 ➡ #79012 LEGO THE HOBBIT MIRKWOOD ELF ARMY: This set comes with an exclusive and amazing Thranduil minifigure, two Gundabad Orcs, a Mirkwood Elf archer, and two Elven guards. Also notice the all-new dark-brown Warg! If you already have the #79002 LEGO The Hobbit Attack of the Wargs set, this one is going to be a nice addition to the pack. The more Wargs the better! I will definitely be getting this set; not just for the minifigs and the Warg, but also for the many tan elements. 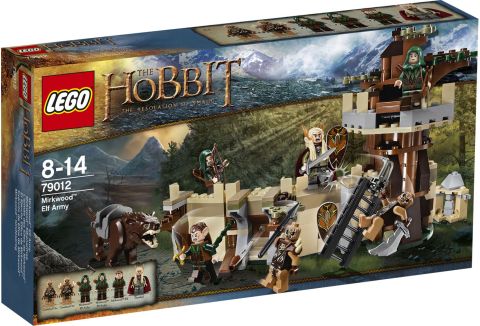 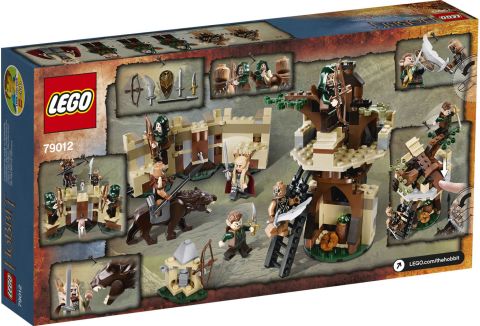 ➡ #79014 LEGO THE HOBBIT DOL GULDUR BATTLE: One notable character included in this set is the exclusive minifig Radagast. Radagast – being a main character in The Hobbit films – is a must-have for collectors. Another important character is the Azog minifigure, that was previously only released at the San Diego Comic-Con in very limited quantities. Also in this set are two Gundabad Orcs, Gandalf the Grey, and the Necromancer (Sauron). It is very interesting that LEGO chose to include the Necromancer in this set. Another interesting feature is a magic ring hidden underneath the statue. This is most likely Thrain’s ring that was taken from him during his torment in the dungeons of the Necromancer. The detailing of the fortress gives it the true feel of Dol Guldur. Like the other sets of the LEGO The Hobbit line, this set comes with many useful colors and elements along with several fun traps and functions. 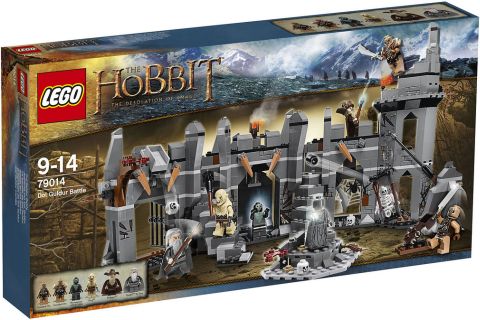 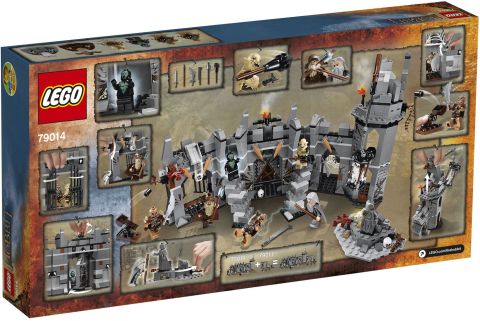 What do you think? How do you like this second wave of LEGO The Hobbit sets? Are you planning to get them? Which one is your favorite? And how do you like the minifigures? Feel free to share your thoughts and discuss in the comment section below! Also, just thought to mention that I’m a TFOL (Teen-Fan-of-LEGO) and this is my third post here at theBrickblogger. Your feedback and suggestions for future posts are welcome! 😉