The story of the LEGO minifigure – Part 2

To celebrate the 40th anniversary of the minifigure, LEGO collected and sent out a big bundle of assets to LEGO fan sites to enjoy and share with their communities. The original date when the first minifig patent was registered in Denmark was August 29th 1977, however, the first minifigures weren’t launched until 1978. Last time, we looked at the timeline of the development of the LEGO minifigure (see: The Story of the LEGO Minifigure – Part 1), and today, we will take a look at the minifig moulds. 🙂 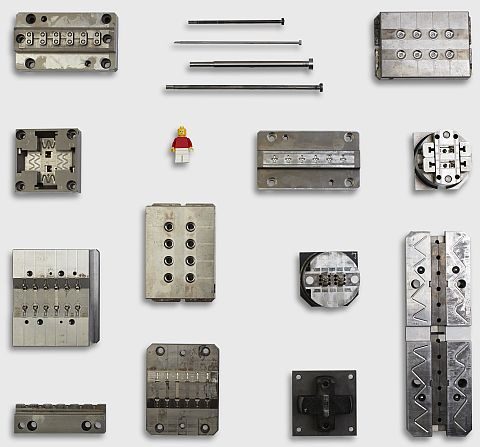 The standard LEGO minifigure is assembled from nine pieces; head, torso, two arms, two hands, hips piece, and two legs. To make the pieces, eight different moulds are used. Two sets of these moulds are the same in design but reversed to mould the right and left minifigure arms and legs. As we discussed in the first part of this series, the precision that goes into these moulds is exceptional, and because the original moulds are almost identical to the ones LEGO uses today, minifigures from 1978 can be mixed and matched with the more modern characters from today. A couple of things that changed, however, is the number of elements each mould can produce and the speed of production. For example, the minifigure head mould construction has improved from an initial eight elements per 9.8 seconds to 128 elements per 14.7 seconds today. Below, I’m including again the footage from the LEGO factory in Kladno, Czech Republic, just because it’s so awesome.

In the video above, you can clearly see how the moulds are used for manufacturing the different body parts of the standard LEGO minifig, and below are close-ups of the moulds. The first image shows the two sides of the minifig head mould. 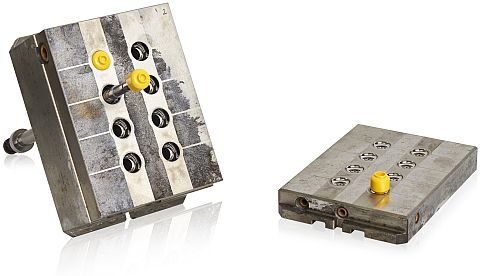 The second image shows the two sides of the minifig torso mould. Notice all those intricate small pieces inside the torso, which helps with rigidity and keeping the studs of the hips piece in place. 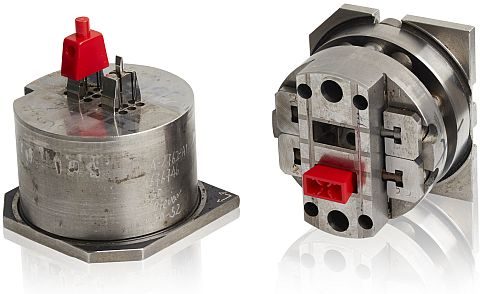 The left and right arms and the hands are made in separate moulds, and attached to the torso later in the manufacturing process as seen in the video above. I found it especially interesting how the machines clipped those tiny hands in place. So impressive!

The leg assembly is made up of three pieces; the right leg, the left leg, and the hips piece. The left and right legs are produced in the same moulding assembly, and the hips come from a separate mould. These are also later assembled by machines. 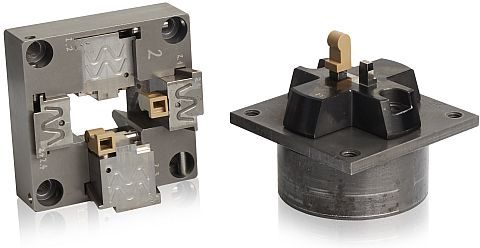 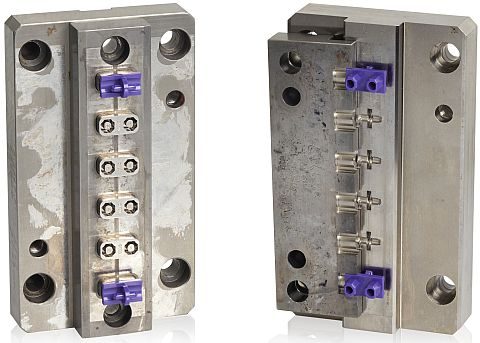 It’s great to get such an intimate glimpse into how LEGO minifigs are made! What do you think? How do you like the mould images? Did you notice any interesting details during the manufacturing process? Feel free to share your thoughts and discuss in the comment section below! 😉