Back in March, LEGO announced an upcoming mobile game called LEGO Tower, developed in partnership with NimbleBit, creators of the popular game, Tiny Tower. LEGO Tower works much the same way as the original Tiny Tower game, giving players the ability to build and operate their own LEGO tower. Shortly after the announcement, LEGO ran a contest for designing a virtual floor for the LEGO Tower game, with the winners having their designs integrated into the actual game. Now, LEGO Tower is finally available, and we can play! Below are the press-release, launch trailer, and other info about the game. 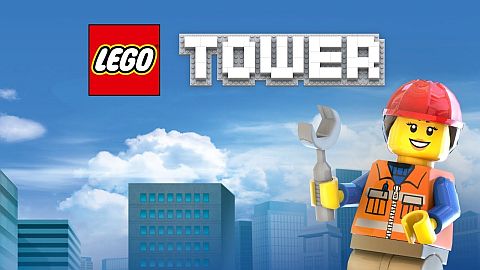 Get ready to take your LEGO construction skills to new heights! Today, LEGO Games, together with NimbleBit, creators of the classic mobile game Tiny Tower, have released LEGO Tower, a brand-new, free-to-play, tower-building experience for iOS and Android devices. In LEGO Tower, players will build and manage their own skyscraper communities — creating the ultimate dream spaces for their minifigures to live their best blocky-self lives.

The residents of LEGO Tower are very busy folks. When they’re not sprucing up their apartments, they’re painting in art class, chowing down at the Burger Bar and meeting new friends. But somebody’s got to keep the place in order! Players will be responsible for decorating, ordering supplies, managing restaurants, introducing neighbors and a variety of other fun and interactive tasks, while also building it up the tower to be the most desired community around.

Have what it takes to be an all-star tower manager? Test out your skills in LEGO Tower, available for free on the App Store or Google Play now. LEGO Tower is rated 4+ for everyone, but is best enjoyed by players 8+ on mobile or tablet devices with iOS 11 or Android 4.1 and up OpenGL ES 3 support.

The main feature of the game is that it allows you to construct a wide range of apartments and businesses for your minifigure residents to live, work, and play in. And, an even more fun feature is that you can visit your friends’ towers and trade items to help them build. Plus, you get to collect hundreds of unique minifigure pieces and discover hidden characters along the way. LEGO fans have been sharing their LEGO Tower code on social media so friends can add them. It’s a really fun and addictive game! 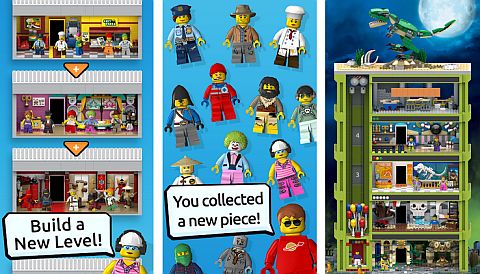 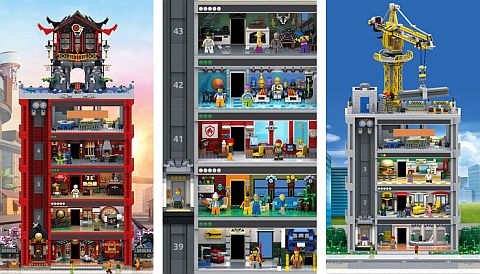 To coincide with the launch of the game, LEGO also managed to get 1,500 LEGO fans to construct a massive brick-built LEGO Tower filled with colorful apartments, shops, and businesses and broke the Guinness World Records for the largest LEGO Brick Diorama. Below is the press-release about this event. 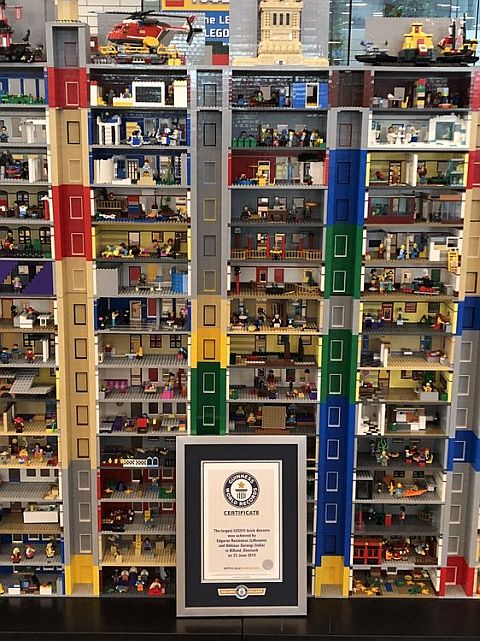 LEGO Games, part of The LEGO Group, shattered all expectations today, breaking the Guinness World Records title for the largest LEGO Brick Diorama at the LEGO House in Billund, Denmark. The massive structure, weighing in at 400 kilograms (881.8 pounds) and spanning 21,04 square meters (226 square feet), brings to life themed floors, apartments and shops from the upcoming game LEGO Tower. Over the course of three days, more than 1,500 fans joined together to recreate 554 rooms and their minifigure residents as they appear in the game.

“It’s thrilling to see hundreds of creative and passionate builders come together to construct the world’s largest LEGO Brick Diorama, and truly an honor to be recognized by Guinness World Records for this monumental achievement,” said Edgaras Racinskas, LEGO Tower Marketing Lead. “Our fans have given rise to a massive structure that is testament to the imaginative power of LEGO bricks combined with the fun digital play to be found in LEGO Tower.”

“Together with LEGO Games we have been working hard to develop LEGO Tower, created to inspire and charm our fans worldwide. Seeing the LEGO community come together to build LEGO Tower in the real world has truly been a captivating and rewarding experience over the last three days,” said Ian Marsh, co-founder of NimbleBit.

LEGO Tower, launched on iOS and Android devices on July 1, tasks players to build and manage their own tiny skyscrapers, overseeing a wide variety of spaces for their minifigure residents to live, work, and play. The tower-building game was created in partnership with acclaimed mobile games studio NimbleBit, giving players a new way to build out their LEGO dream rooms in the real world.