Reading and re-reading all the model train magazines I own (mainly Model Railroader and Classic Toy Trains) is almost a hobby onto itself. Doing so is supposed to teach model railroaders (and by extension, LEGO City train builders) many lessons. Some are lessons that I’ve absorbed; there are others that are too difficult for me, and still other lessons are just beyond my willpower to follow… 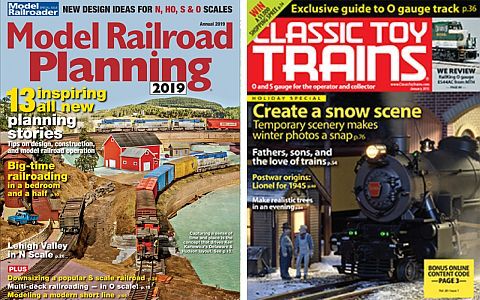 Walk down your block and observe the houses. Walk down Main Street of a town and observe the stores. Observe the big buildings of your city. Those are the best lessons to learn about what and how to model a railroad or LEGO town. Three words that are sometimes used to describe a great train layout are “realistic”, “to scale”, and “detailed”. The same should be true for a LEGO city. Below are some of the observations that I’ve come across that, I feel, should be useful to LEGO city and train builders. I’ve tried to organize them in some logical way.

BEFORE YOU TOUCH A LEGO BRICK

HOUSES AND OTHER BUILDINGS

I hope these lists give you some pointers when working on your own LEGO city layout, and there is still a lot more we can talk about. Next time, we will look at some of the small things that help dress up a model train or LEGO city layout. What do you think? Do you use any of the suggestions mentioned above? Are there any challenges you face with your own LEGO layouts? Feel free to share and discuss in the comment section below!