Best 2020 LEGO Buildings for Your City

I was browsing through all the LEGO sets that were released in 2020 and noticed that this year had a particularly good selection of city-type buildings. Adult LEGO fans are usually drawn to the LEGO Modular Building series because of the realistic details and intricate building techniques, but there are buildings in other LEGO themes that make a great addition to a LEGO city layout. Below, we will discuss some of the medium to large LEGO sets with nice buildings that were released this year and you might consider adding to your city.

#10270 LEGO CREATOR BOOKSHOP: LEGO only releases one set per year in the LEGO Modular Building series, and this year we got the #10270 LEGO Creator Bookshop. It’s a lovely set we talked about several times (see links at the end of this post) that includes two buildings on separate baseplates and adds a splash of color to the LEGO Modular Building street view. The bookshop side of the building is a bit sparse (we discussed how to make this better in a previous post), but the apartment is very nicely furnished and decorated inside. The set comes with 2,504 pieces and retails for $180. Totally worth it in my opinion. Available at the LEGO Creator section of the Online LEGO Shop. 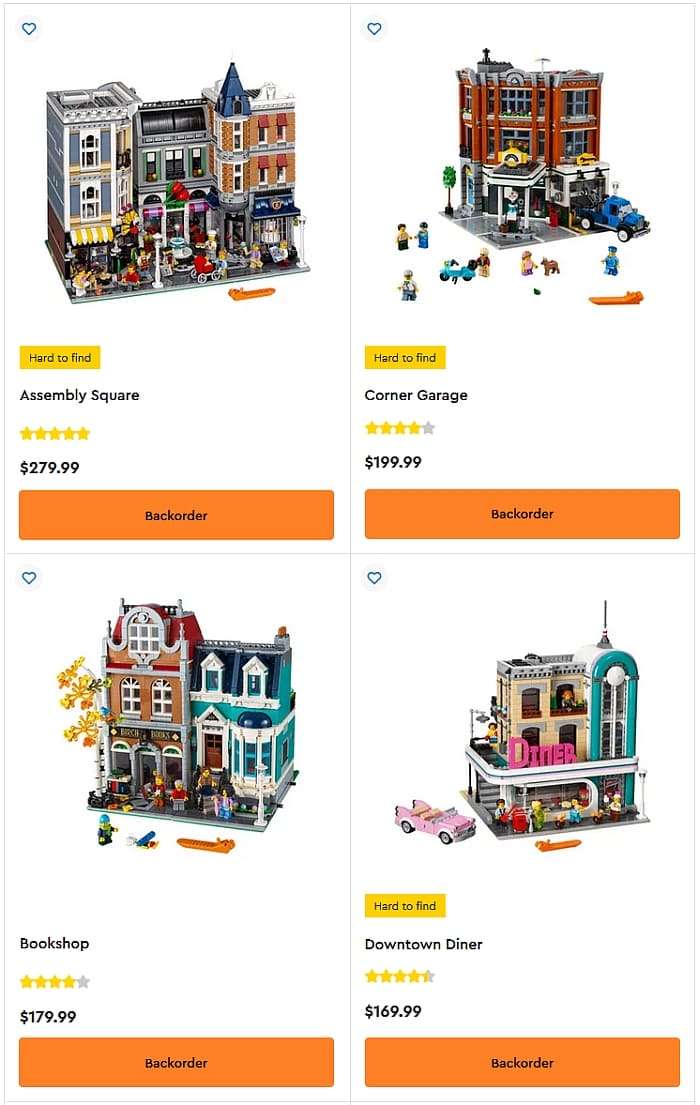 #21324 LEGO IDEAS 123 SESAME STREET: This set is similar in size to the LEGO Modular Buildings, but with an open back for play. It’s pretty easy to turn it into a full Modular by adding back walls, or just use as is. The interior is packed with nice furniture pieces and other decorations, and the exterior – although simple – is very nicely detailed as well. It’s one of my favorite buildings of the year. The set comes with 1,367 pieces, retails for $120, and is available at the LEGO Ideas section of the Online LEGO Shop. 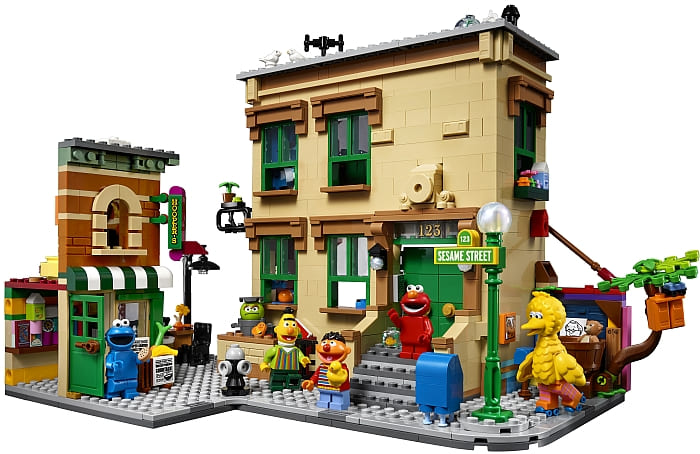 #31105 LEGO CREATOR TOWNHOUSE TOY STORE: LEGO has been releasing one 3-in-1 LEGO Creator set each year with three alternate building options. These are smaller buildings than the LEGO Modulars and have open backs. However, because their designs tend to be similar to the LEGO Modular Buildings, many LEGO fans turn them into Modulars. Other LEGO fans purchase three copies of each set, so they can display all three alternate designs, or combine them into their own custom building. These sets are inexpensive, so they are also great for just getting useful parts in large quantities. This particular set comes with 554 pieces, retails for $40, and available at the LEGO Creator section of the Online LEGO Shop. 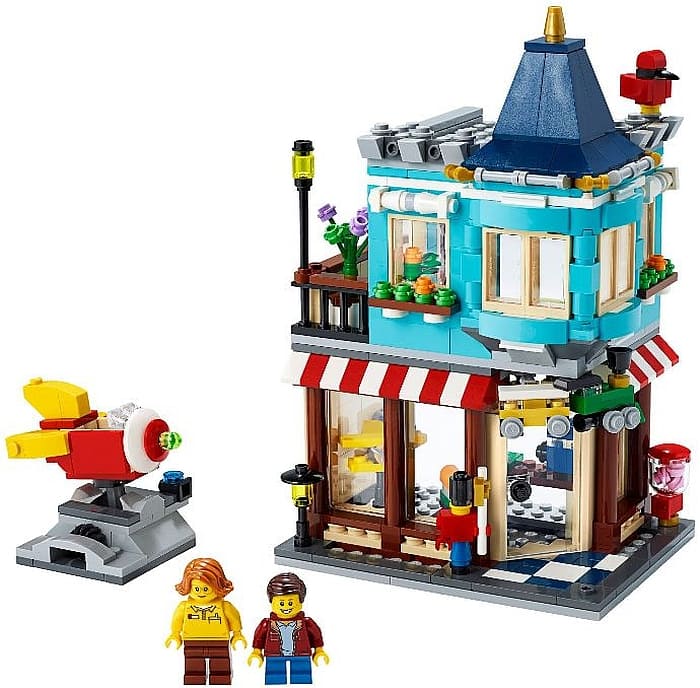 LEGO FRIENDS BUILDINGS: LEGO released three nice LEGO Friends buildings this year. The #41398 LEGO Friends Stephanie’s House is a good basic two-story home with many useful pieces for $40. This is a LEGO Juniors set, so all the decorated pieces you see (including those nice window panes) are printed. The #41428 LEGO Friends Beach House is another one of my favorite sets of the year. We talked about this set in detail previously (see links at the end of this post), but to summarize, it has a beautiful color-scheme with rare colors and pieces and it only costs $50. Another LEGO Friends sets that looks great as is and could also be turned into a Modular is the #41427 LEGO Friends Emma’s Fashion Shop. It already has the tall and narrow façade of the Modular Buildings, and the light-yellow main color is very nice. This set comes with 343 pieces and only costs $30, so it’s also great for getting extra parts. All three sets are available at the LEGO Friends section of the Online LEGO Shop. 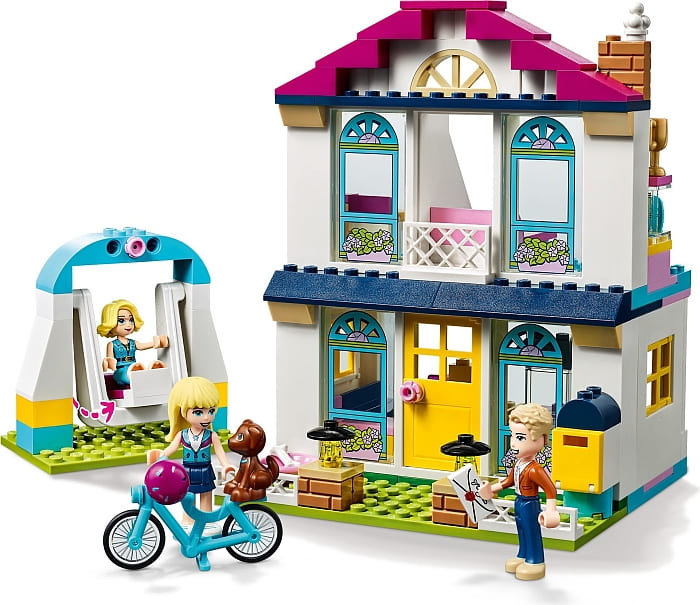 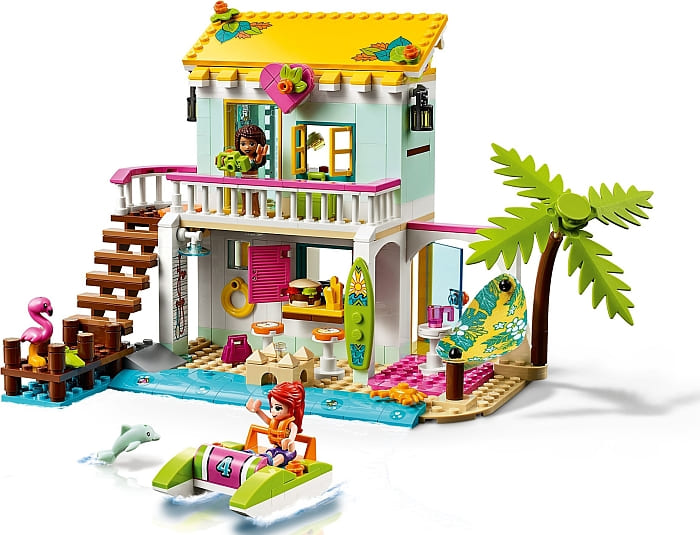 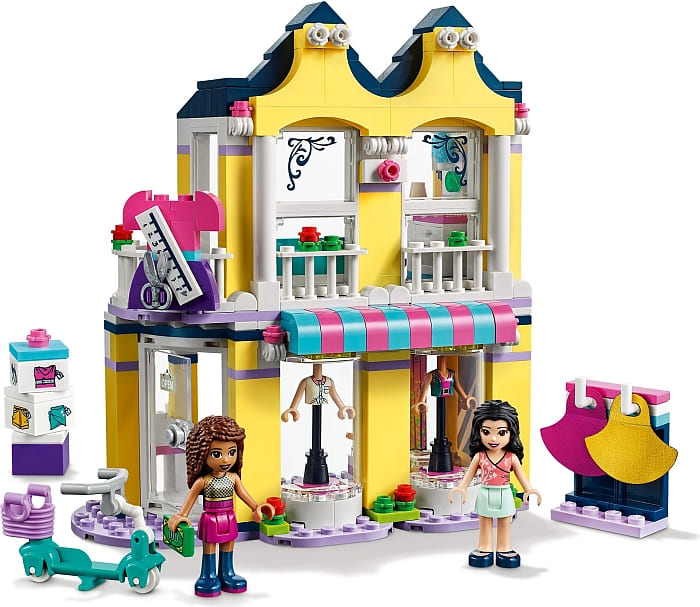 LEGO MONKIE KID BUILDINGS: If you would like to add an Asian neighborhood to your city, the little shop from the #80011 LEGO Monkie Kid Red Son’s Inferno Truck set, and the two-story shop/apartment combo from the #80012 LEGO Monkie Kid Monkey King Warrior Mech are both awesome little buildings with really nice color-schemes and details. Unfortunately, both of these buildings are just small parts of otherwise large and expensive sets, so you will have to consider if the rest of the parts are worth to you. Another option is to just download the building instructions and build the structures from the parts you already have. Both sets are available at the LEGO Monkie Kid section of the Online LEGO Shop. 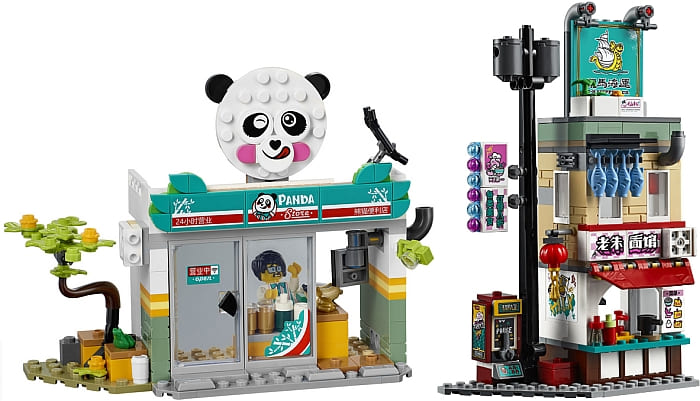 LEGO CHINESE NEW YEAR BUILDINGS: Two other sets that are perfect for adding an Asian flair to your city are the #80104 LEGO Chinese New Year Lion Dance for $80, and the #80105 LEGO Chinese New Year Temple Fair for $120. Although both of these sets are a bit more expensive, every piece is useful, the colors are beautiful, and the minifigs and the various rare and exclusive accessories are excellent as well. I used these two sets to build my own Chinese Modular Building which you can see here: Designing & Building a LEGO Modular Chinatown. Both sets are available at the seasonal items section of the Online LEGO Shop. 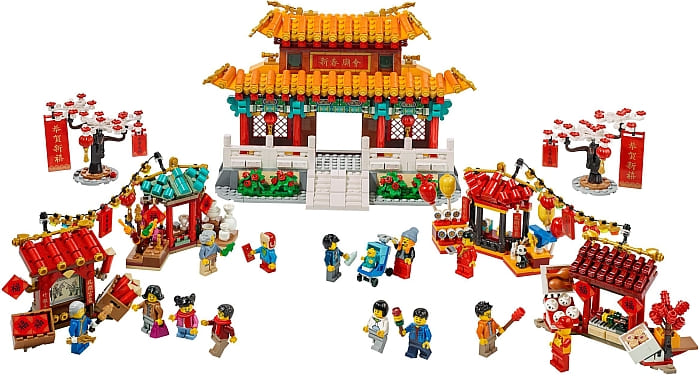 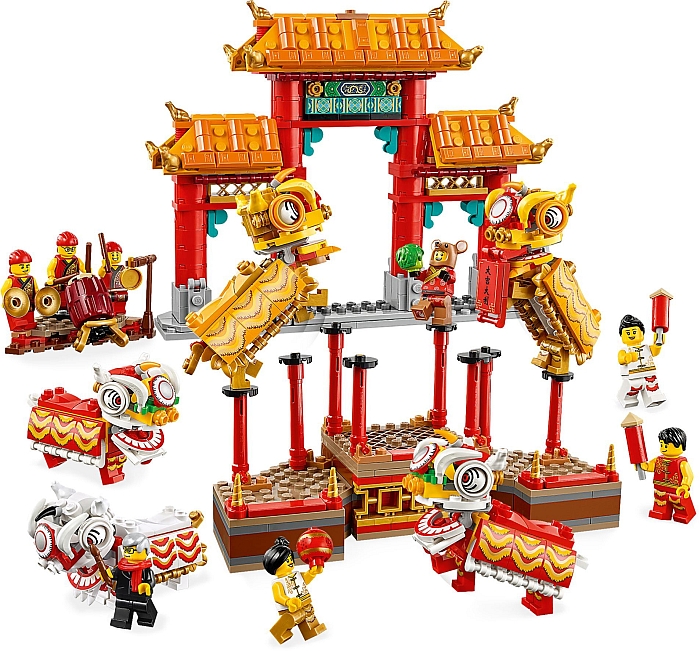 #75968 LEGO HARRY POTTER 4 PRIVET DRIVE: A surprisingly good-looking building that was released this year is the #75968 LEGO Harry Potter 4 Privet Drive. It’s a medium size set with 797 pieces that retails for $70. It’s full of nice detailing both inside and outside. I especially like the exterior colors, the roof placements, and the furniture inside. And the minifigs come with awesome torso prints (some exclusive to this set) that are perfect for generic city minifigs as well. So, even if you’re not a Harry Potter fan, this set is an excellent choice to expand your city. It’s available at the LEGO Harry Potter section of the Online LEGO Shop. 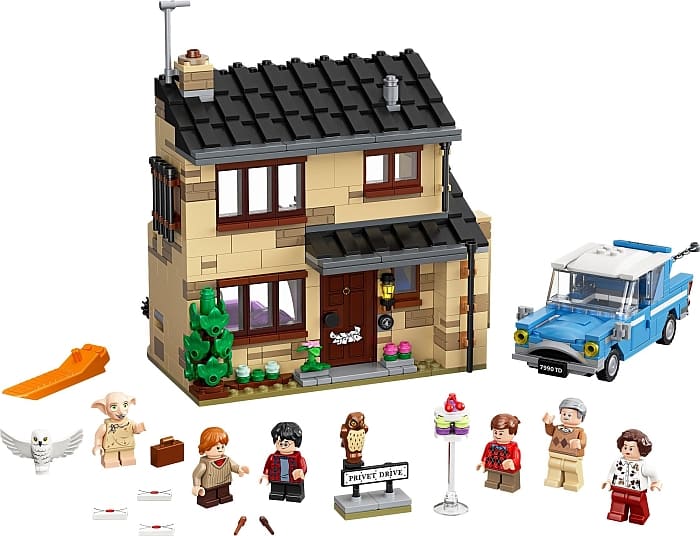 #75978 LEGO HARRY POTTER DIAGON ALLEY: I kept this set for last on our list because it’s the largest (5,544 pieces) and most expensive ($400) and not everyone will be able to afford to add it to their city. And even for those who can afford it, it will take some thinking about how to use it. The original layout with four buildings is a meter long, so it needs a lot of space. The buildings are open at the back, so if you want to turn them into traditional Modulars, you will need a significant quantity of extra pieces. Another option is to place two of the buildings back to back with the other two (this is actually an official configuration, so they fit seamlessly), but this only works well when your city layout is visible from both front and back. Having said all of that, this is a fantastic set for expanding a city, or as a starter template for custom Modulars, or as a resource for an enormous amount of useful parts, rare parts, and nice colors. It’s available at the LEGO Harry Potter section of the Online LEGO Shop.

It’s interesting to note that although we are talking about building and expanding LEGO cities, I haven’t added a single 2020 LEGO City set to the above list. Although the LEGO City theme does have buildings, they tend to be very basic – just large enough and detailed enough to allow action and play. They are great for kids, but adult LEGO fans tend to gravitate towards buildings with nicer facades and interiors.

The bottom line is that if you’re working on building a city, don’t just look at the obviously city-centered themes. There are many gems in other themes as well that could be used as is, or could be modified to fit your layout. I’m looking forward to next year and the pretty buildings we might get!

What do you think? Do you agree with our list of the best buildings in 2020 sets? Which one is your favorite? Do you mix buildings from different LEGO themes? Feel free to share and discuss in the comment section below!