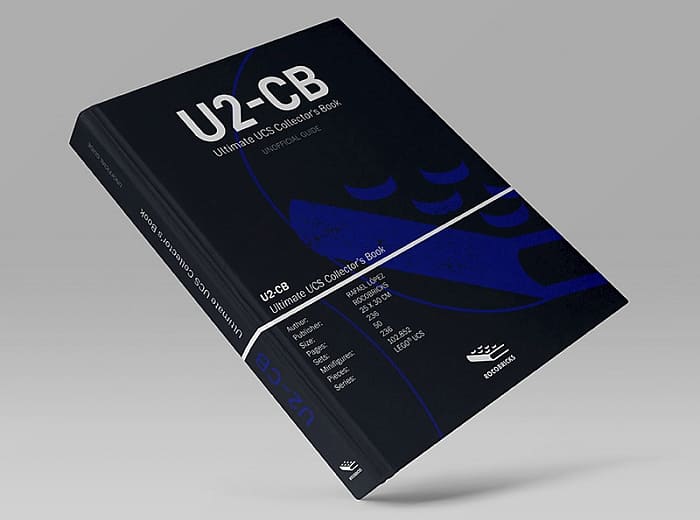 The paragraph above is from the introduction of a very interesting new book I’m reading right now, titled U2-CB Ultimate UCS Collector’s Book – Unofficial Guide by LEGO Star Wars fan Rafael López and published by ROCOBRICKS. The book is a large (about 10 x 12 inches) and heavy (almost 4 pounds) hardcover with 236 pages, and it also includes a very large (about 21 x 31 inches) folded up poster of all the LEGO Star Wars UCS sets ever released. 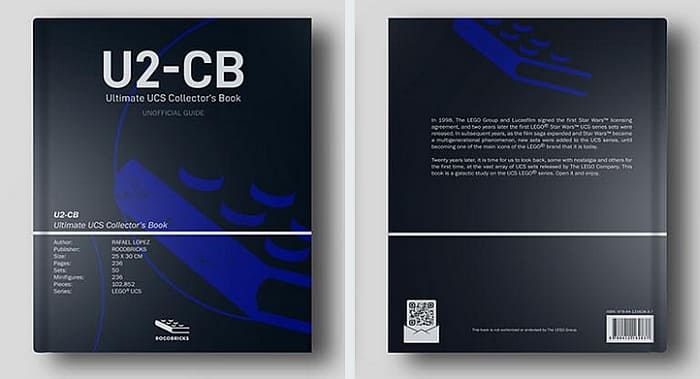 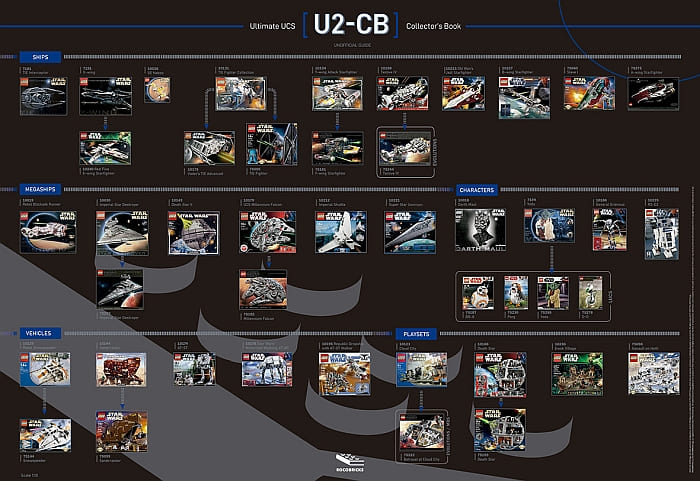 The book is a labor of love by Rafael, who originally compiled the materials in the book as a personal reference. A way to chronicle the always fascinating, sometimes confusing, and even controversial history of LEGO Star Wars UCS sets. At some point, Rafael realized that the material could be interesting for other LEGO Star Wars fans as well, so he decided to publish it as a book. Thus, the Ultimate UCS Collector’s Book was born. 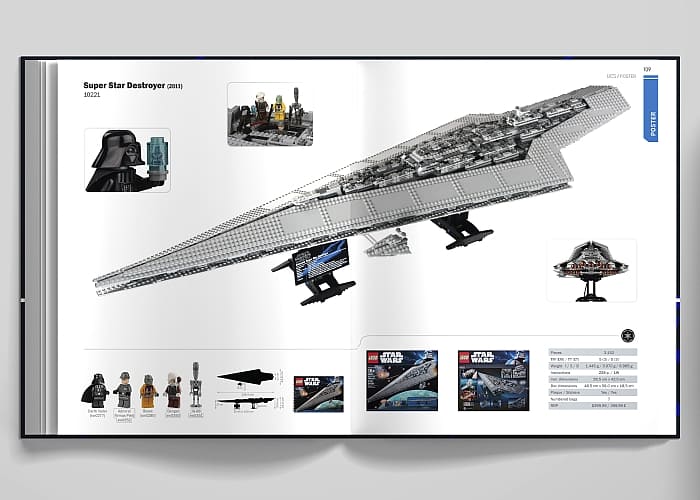 Although it’s not an official LEGO product, U2-CB is a carefully put-together, detailed guide to the thrilling universe of the LEGO Star Wars UCS sets. It offers an overview of the models released in the market since the first sets in this prestigious collectors’ series emerged 20 years ago. Each set is meticulously broken-down and all of the relevant information is provided, including interesting facts, technical specifications, and exclusive photos taken by the author. 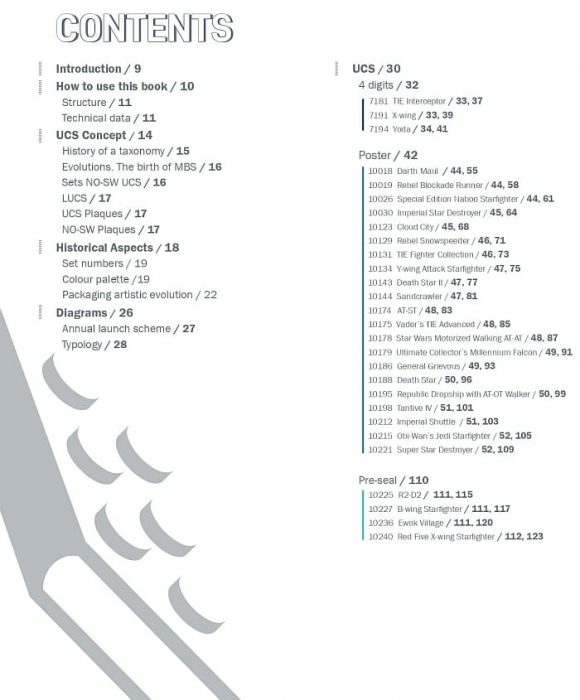 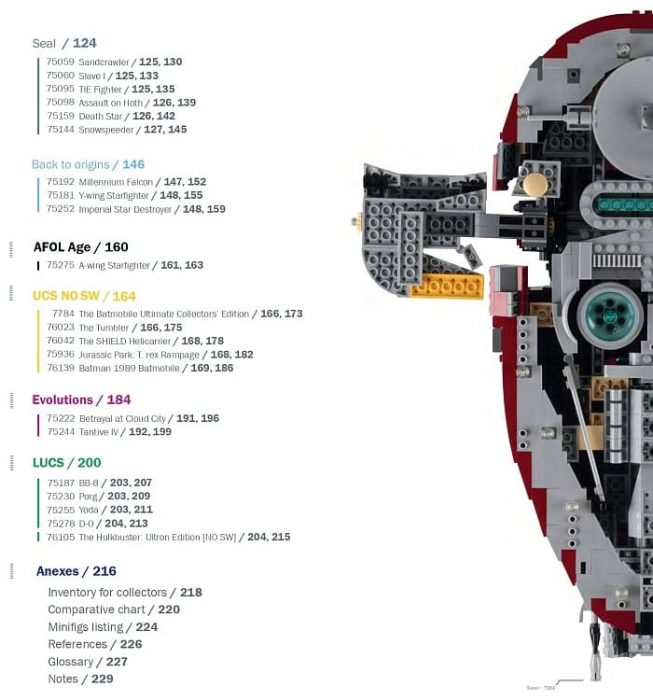 The book is structured in three main sections. In the first, general historical aspects of the UCS and LEGO series are covered, and the evolution of the UCS concept from its beginnings until now is analyzed. I found this section especially interesting as it analyzes all aspects of UCS sets including box design, color palette, naming of the sets, and more. In the second section, the UCS sets are classified according logical categories and subcategories with included information, photos, and more. In the third section, comparison tables of the sets discussed in the book provide an overview and summary. Some downloadable forms are also provided to help UCS collectors to monitor and control their collection. Finally, some notes references, and a brief glossary are included so the interested reader can expand the cited or revealed data. There is even a QR code on the back cover so the reader can access the electronic version of the third section of the book, with the possibility of downloading it for personal use and to facilitate the consultation of the hyperlings referenced throughout the book. 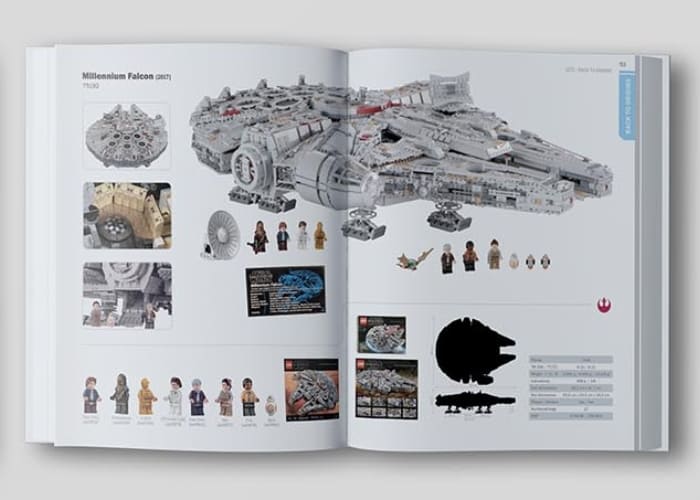 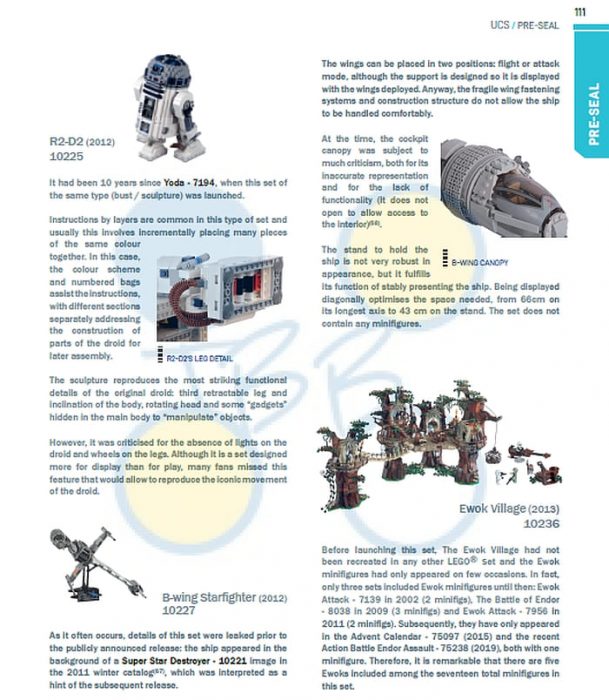 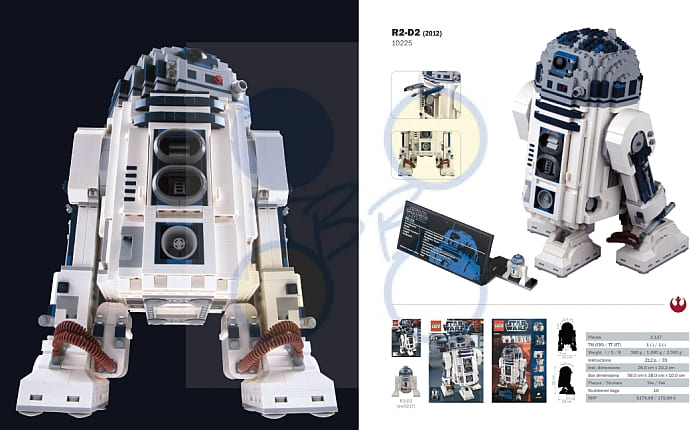 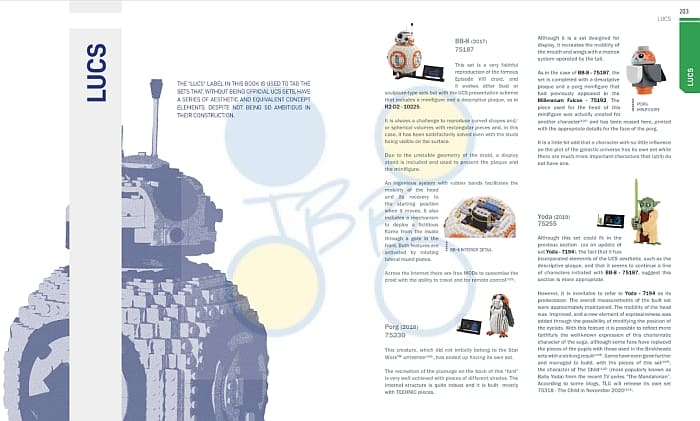 And I would like to highlight the beauty of the photographs the author took for the book. They are especially valuable for older sets for which high quality images are hard to find. Although most of the photos are sharp and beautiful, some of the predominantly black images seem to have a slightly bluish or greenish tint. I’m not sure if this is an issue with the photos themselves, or limitations encountered in editing or perhaps printing.

Another feature of the book I don’t like as much is the cover. The design imitates the informational display panels that come with many of the LEGO Star Wars UCS sets with white and blue ink on black background. Nice idea! However the book’s cover feel a bit weird. It’s hardcover, but it also feels soft. Even padded. And mine already has a tear on the upper left corner. And the black portion of the cover really shows off fingerprints. I’m thinking of making a paper or cloth book cover for it.

Overall, this book truly lives up to its title as the Ultimate UCS Collector’s Book. It’s a large size and beautiful pictures are inviting and attractive with just enough easily digestible information for the casual reader. And for collectors, it provides all the data they would want and need to reference and understand everything about some of the best and largest LEGO sets of all time. 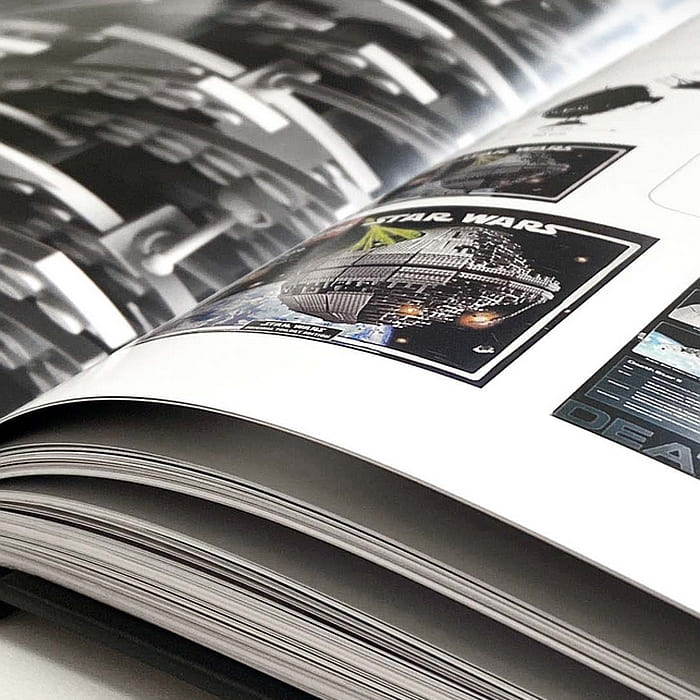 Unfortunately, as this is a niche publication, the price is quite high. The recommended retail price is $54 / £44 / €47, which is high already, and the actual listed price on Amazon is even higher than that. So, if you are interested in the book, you might consider waiting a bit until (hopefully) the price drops. And if you want to get it now, you can purchase it on Amazon at the following link:

What do you think? Do you collect the LEGO Star Wars UCS sets? Would you be interested in a book like this to help organize and catalogue your collection? Feel free to share your thoughts and discuss in the comment section below!