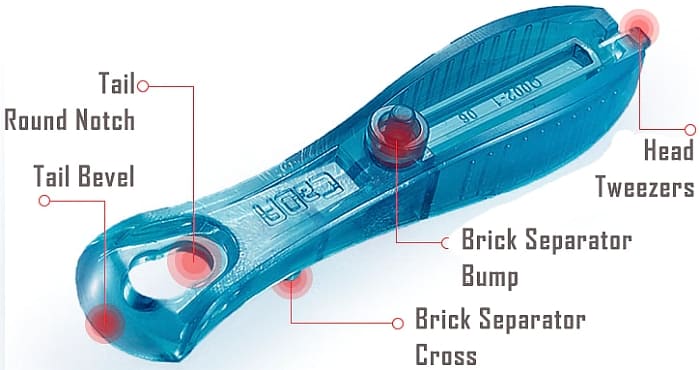 In an article earlier this year, we discussed LEGO’s own brick separators (see: LEGO Brick Separators, Tile Remover Tools & More!). We talked about the original LEGO brick separator that was introduced in 1990, the updated version introduced in 2012, the wider LEGO tile separator introduced with the LEGO Art mosaic sets last year, and a couple of the small LEGO minifig accessories that double as brick separators (crowbar, screwdriver, and the LEGO DOTS tile remover key). And we also discussed the nine-in-one tool by Mega Construx, which, as the name implies, can perform nine different actions (you can read about these in the article linked above) and is a more advanced brick separator than the LEGO version. 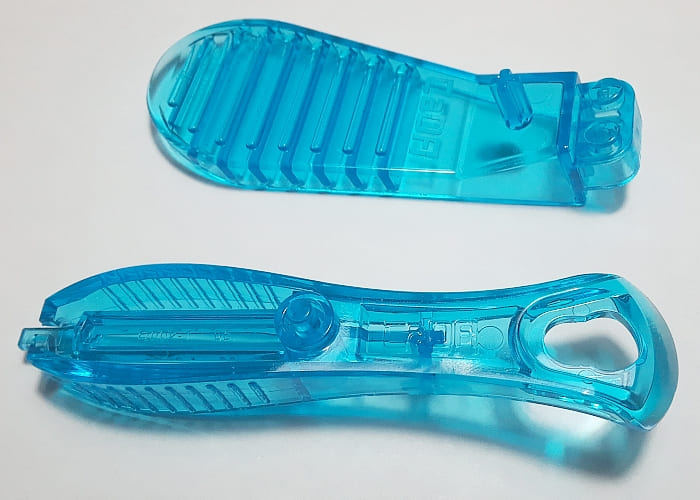 As you will see in the video below, CADA’s brick separator is somewhere between LEGO’s version and the Mega Construx version in terms of functions. It can perform five actions; tile remover, Technic bush puller, Technic half pin puller, Technic axle pusher, and normal Technic pin puller. From these five, the one most interesting one is the Technic pin puller, which is at the back of the tool. You push the small rod into the Technic pin you want to remove, pinch the tool together around the lip of the pin (the handle has a bit of spring action), and pull the pin out.

The CADA brick separator is particularly useful for Technic builders. In addition, it is the only tool that I have seen that’s made of the more rigid transparent plastic. This keeps the tile remover edge sharp even when used repeatedly (unlike the LEGO brick separator’s tile removal edge that tends to get chipped with use). The second, more basic brick separator you see on the image above is also by CADA. I believe that one they include with their non-Technic sets. 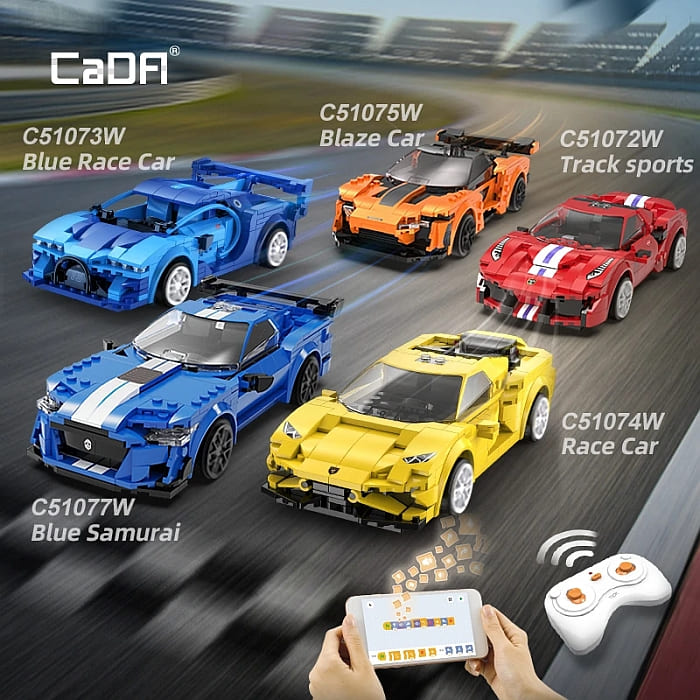 So who or what is CADA? According to their website, CADA is a brand of building bricks created by the Double Eagle Group, located in China. They also state that they have been in operation since 2016, and they have over 66,000 square meters of manufacturing facilities and over 300 employees. Their focus is on Technic-type sets, standard brick-built vehicles, and military vehicles, and apparently, they pay a licensing fee to designers as well as brands. Interestingly, besides mainland China, they are also popular in Germany. So, even though they are a Chinese LEGO knockoff company, they are one of the better ones. 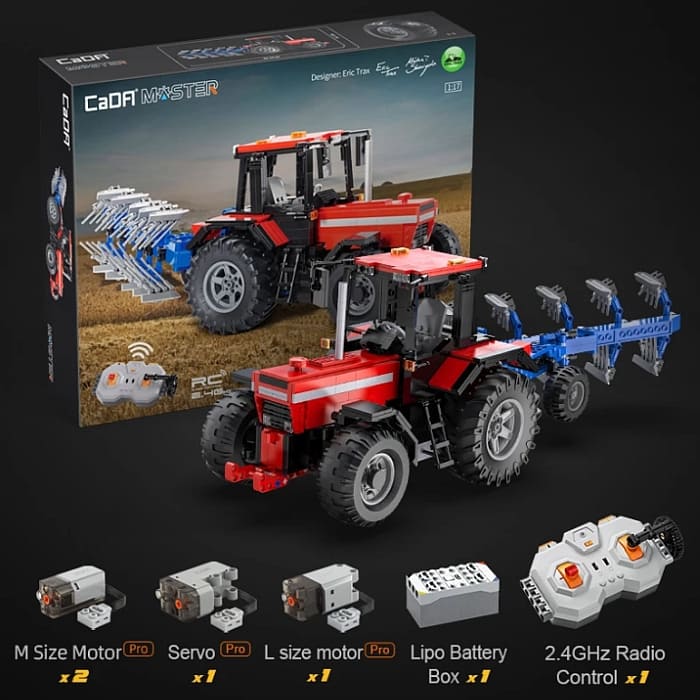 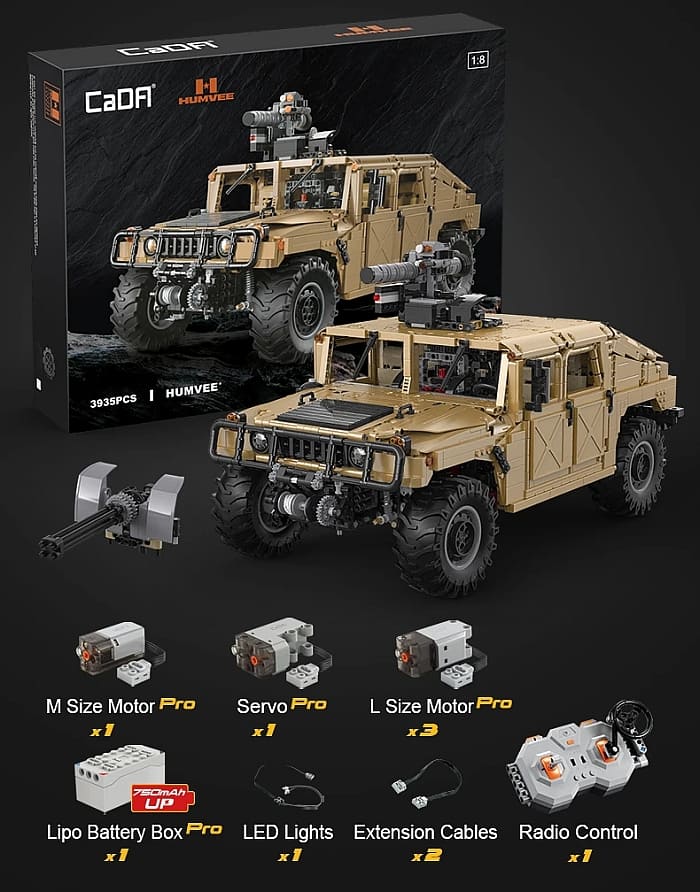 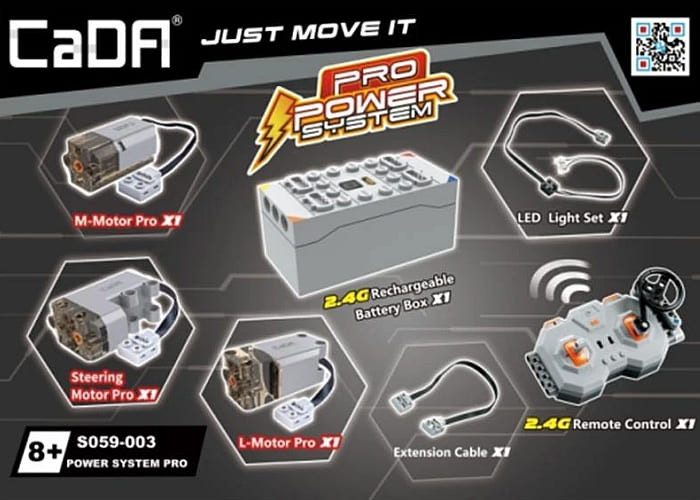 If you do want to check them out, their website is deCADAstore.com. Their selection isn’t big, and their products aren’t cheap, but they do offer free worldwide shipping over $50. 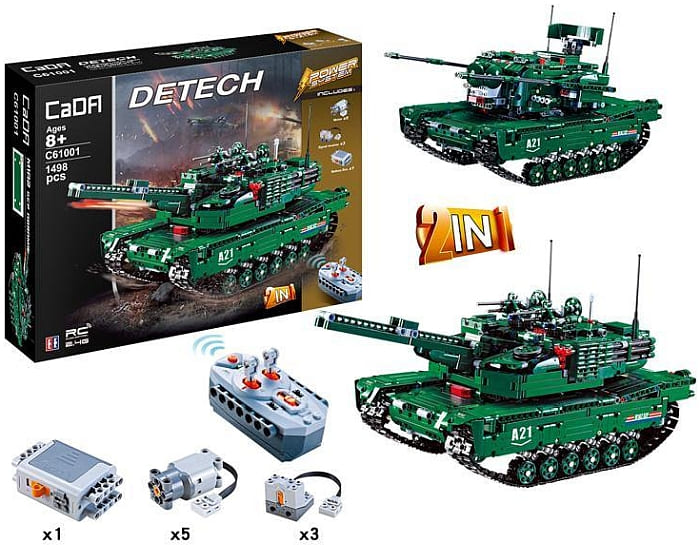 Like the quality of their brick separator, the quality of CADA elements is surprisingly good. I built their small Suzuki Jimmy Off-Road vehicle, and I couldn’t tell the difference between LEGO elements and CADA elements. Everything was the correct color, shine, feel, and clutch-power. Even the transparent pieces are crystal clear, which is very rare amongst Chinese brands. 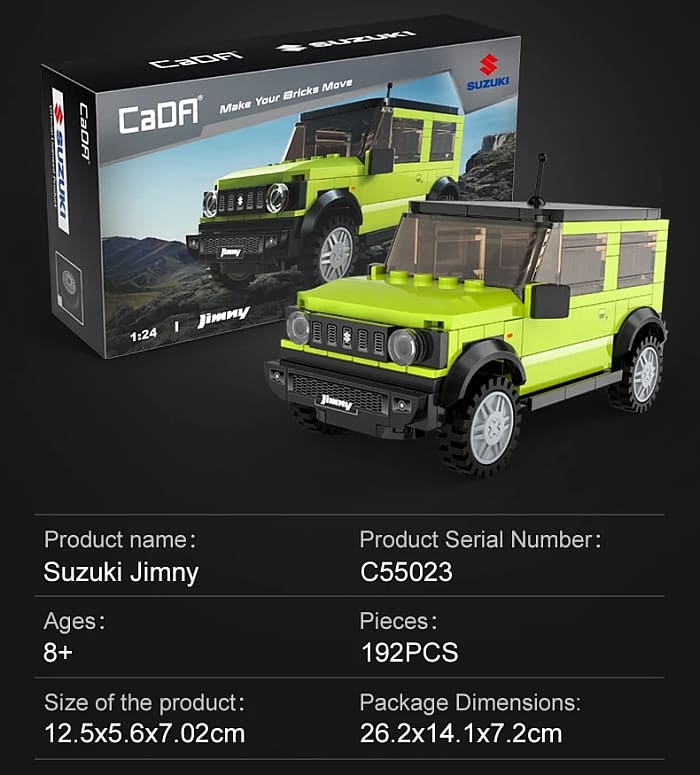 The stickers are nice too, although I don’t like that some of them overlap several elements. The instruction booklet is of exceptionally good quality. Maybe even a bit better than LEGO, as the paper is slightly thicker. The steps are arranged the same way as LEGO instructions, and the pictures are big and bright. They even have a parts-list at the back. 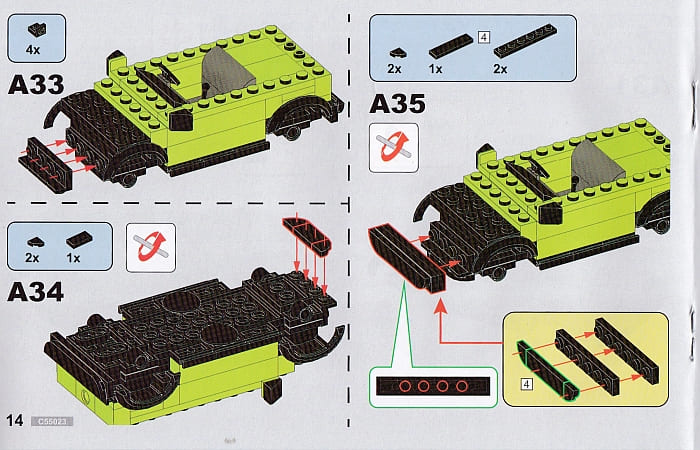 Speaking of the Suzuki Jimmy specifically, although I’m very satisfied with the quality of the parts, the stickers, and the building instructions, I’m not entirely happy with the design itself. It looks good once finished, but it’s a bit finicky until the very end when the roof is placed on top. Also, even though this is a minifig-size vehicle, and there are even a steering wheel and seat for a minifig inside, the roof is not designed to be easily removable, and there are no opening doors, or hatch, or hood. In other words, once you finish building it, there are zero play-functions besides the rolling wheels. 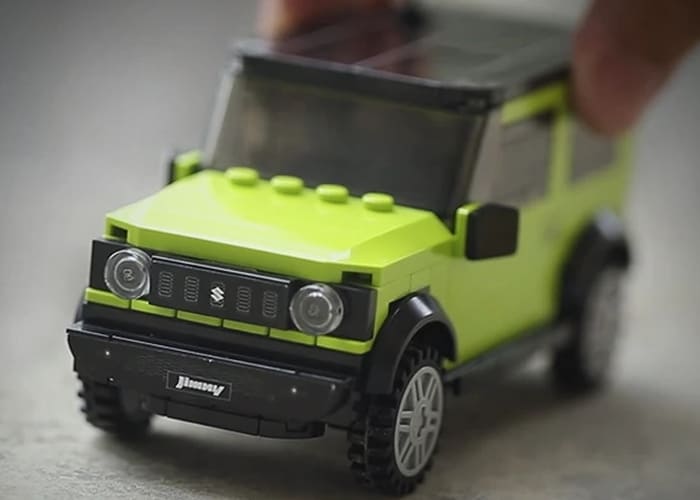 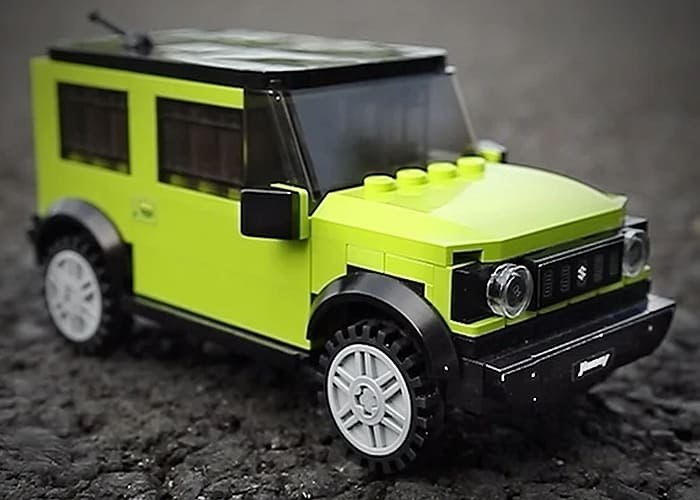 And although I only built one CADA set so far, I suppose this could be a concern with all of their sets. They may just not have the designers who can produce sets with the same quality, care, and thoughtfulness as LEGO. So, if you consider purchasing any of their sets, I would suggest looking at the images and read the descriptions very carefully. Do the sets have the stability and playability you would expect?

Again, I only built one of their sets, so it wouldn’t be fair to judge them on a single lesser quality design. And the good thing is that since CADA already nailed the quality, if they could vet their designers, and they stick with original designs instead of copying LEGO, like other Chinese companies, they would have a great product.

What do you think? Have you tried CADA before? Or have you considered any of their sets? And what do you think of their brick separator? Feel free to share your thoughts and discuss in the comment section below!

Next post: Guide to Feeling for LEGO Marvel Collectible Minifigs