Although the next big wave of new LEGO releases won’t happen until August, there are still plenty of new sets to choose from this month. Let’s take a look at what’s new for some fun summer building! 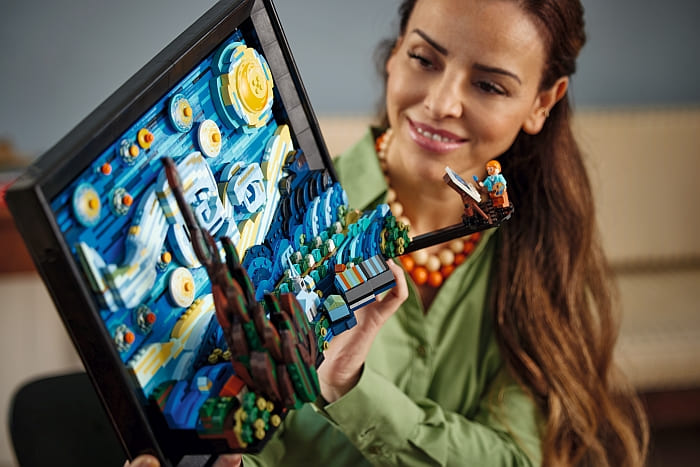 LEGO VINCENT VAN GOGH STARRY NIGHT SET AVAILABLE: The beautiful #21333 LEGO Ideas The Starry Night set is now available for everyone, not just LEGO VIP members. Build your own 3D LEGO brick version of one of Vincent van Gogh’s most celebrated artworks, The Starry Night, which can be seen at The Museum of Modern Art (MoMA) in New York City. Discover innovative building techniques to capture Van Gogh’s swirling brushstrokes, and hang your completed masterpiece by the hook on a wall or display it freestanding. This wonderfully detailed LEGO Ideas model comes with an adjustable display arm on which the Vincent van Gogh minifigure can stand with his paintbrush, palette, and easel. The set comes with 2,316 pieces and retails for $169.99. It is available at the LEGO Ideas section of the Online LEGO Shop. 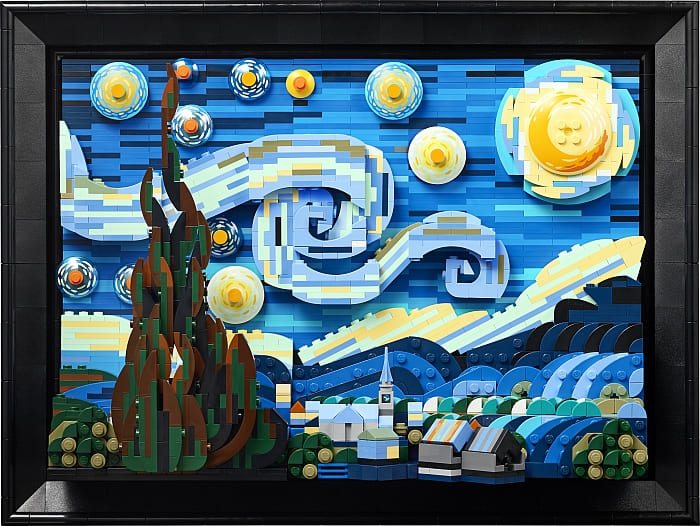 LEGO OPTIMUS PRIME NOW AVAILABLE: The recently announced #10302 LEGO Optimus Prime set is now available. Just like the beloved original, the LEGO model converts from a robot to a truck and back again. Robot mode comes with 19 points of articulation and an opening chest chamber to store the Autobot Matrix of Leadership. You can also attach the jetpack in robot mode and place the ion blaster and Energon ax in the Autobot’s hands. Other authentic accessories include an Energon cube and an optional waist panel. The set comes with 1,508 pieces and retails for $169.99. Available at the LEGO Creator Expert section of the Online LEGO Shop. 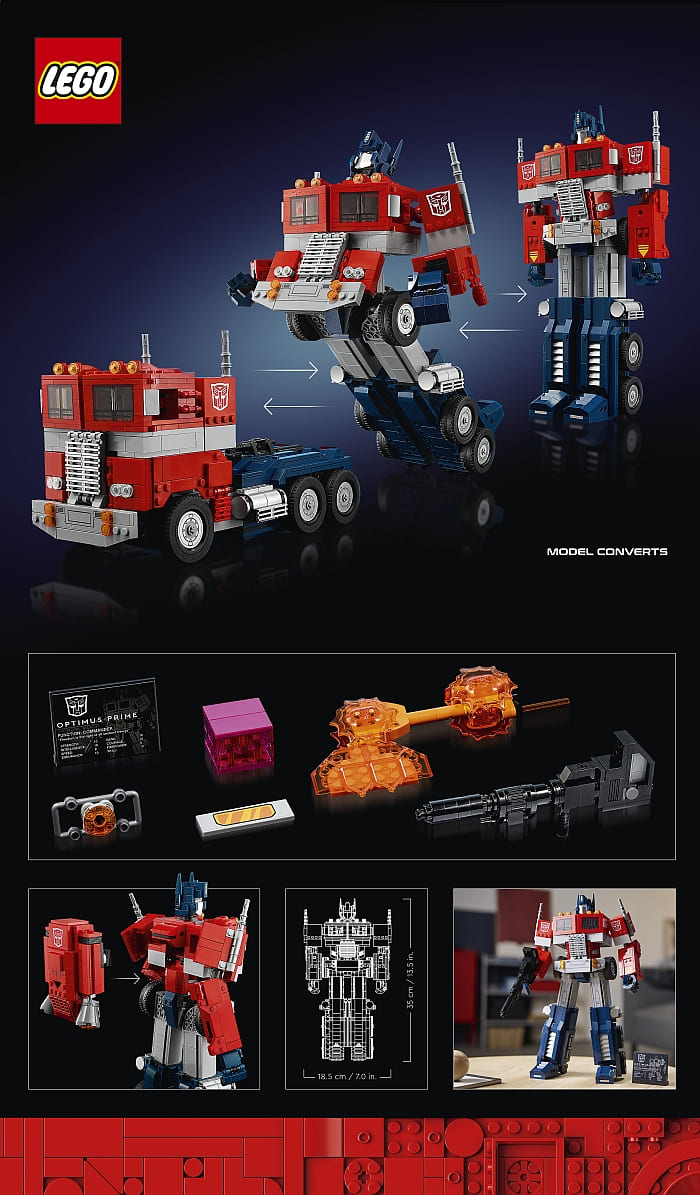 LEGO TECHNIC FERRARI DAYTONA SP3 AVAILABLE: Another recently announced set is the #42143 LEGO Technic Daytona SP3 designed in collaboration with Ferrari. It features steering, a V12 engine, an 8-speed sequential gearbox with paddle shifter, opening butterfly doors, a removable roof, and shock absorbers. The set comes with 3,778 pieces and retails for $399.99. It is available at the LEGO Technic section of the Online LEGO Shop.

LEGO TECHNIC FERRARI DAYTONA SP3 BOOK: Uncover insights into the creation of the #42143 LEGO Technic Ferrari Daytona SP3 set and the collaboration between the LEGO designers and the team at Ferrari. Explore every step of the design journey through exclusive photography and stunning concept artwork. The 240-page hardcover book is presented in a slipcase, making it a perfect gift for LEGO fans. The book measures over 11.5 in. (28 cm) long, and 10.5 in. (26 cm) wide, and retails for $79.99. It is available at the LEGO Technic section of the Online LEGO Shop.

LEGO STAR WARS MANDALORIAN STARFIGHTER AVAILABLE: The #75325 LEGO Star Wars Mandalorian’s N-1 Starfighter is from Star Wars: The Book of Boba Fett. It has a minifigure cockpit, passenger space for Grogu, a cargo compartment, a spring-loaded shooter, and realistic details. The two minifigs are The Mandalorian and Peli Motto, plus LEGO figures of Grogu (affectionately known by fans as ‘Baby Yoda’) and a BD Droid. The set comes with 412 pieces are retails for $59.99. Available at the LEGO Star Wars section of the Online LEGO Shop. 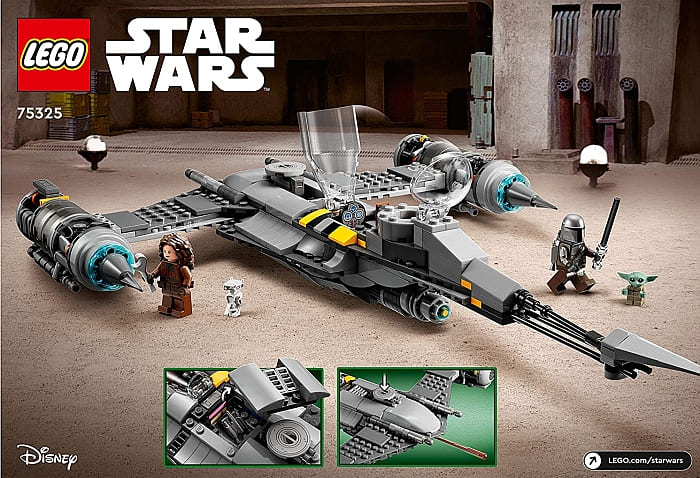 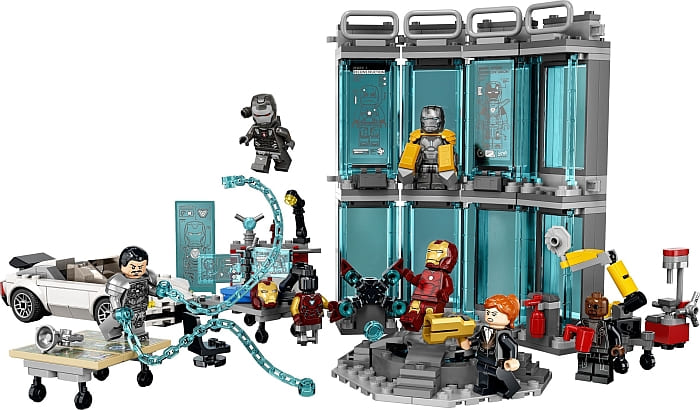 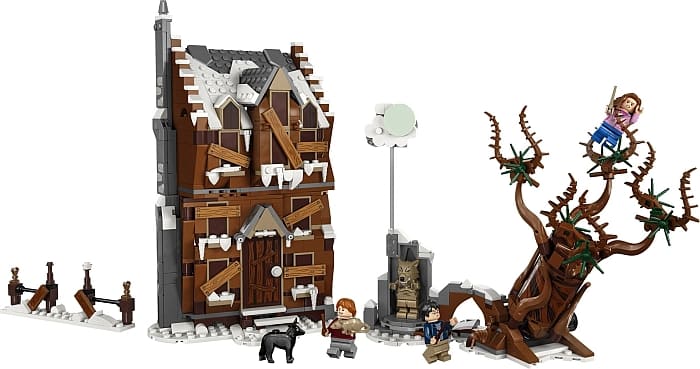 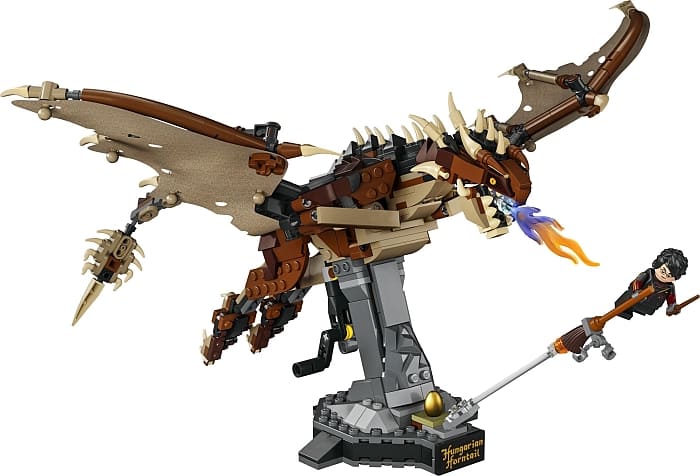 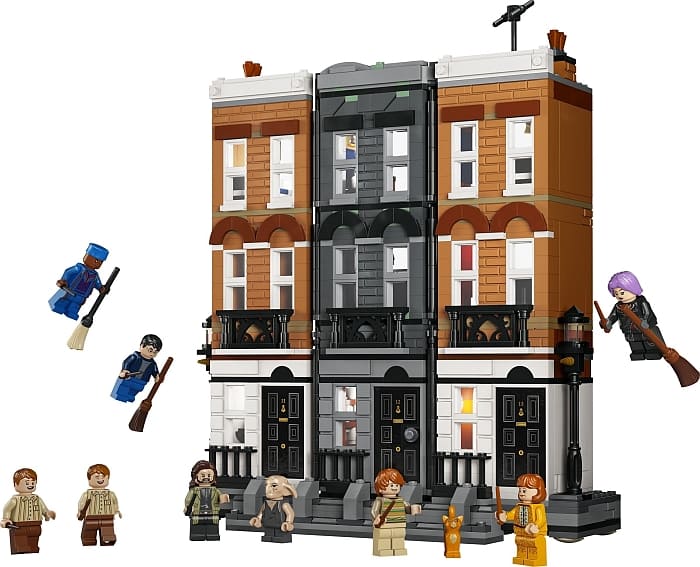 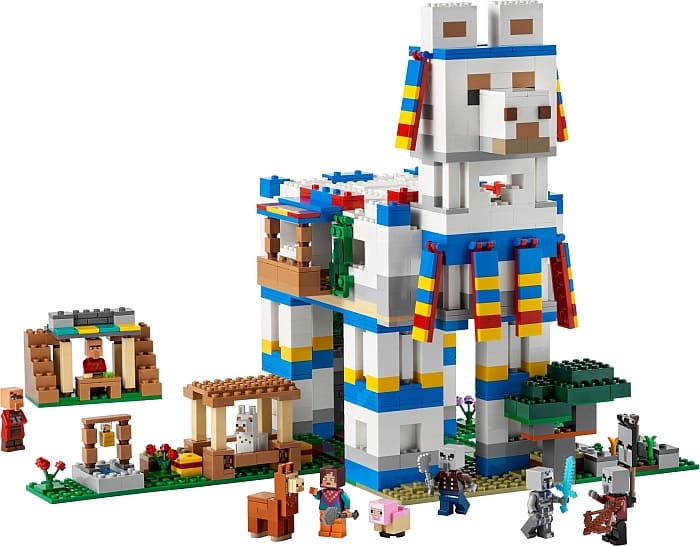 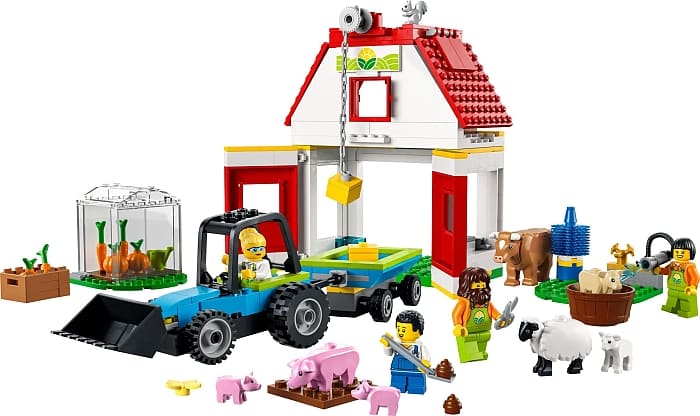 NEW LEGO CITY MISSIONS SETS AVAILABLE: The special LEGO City Mission sets we talked about previously (see links at the end of this post) are also available. This includes the #60353 LEGO City Wild Animal Rescue Missions, the #60354 LEGO City Mars Spacecraft Exploration Missions, and the #60355 LEGO City Water Police Detective Missions, each for $39.99. They are all available at the LEGO City section of the Online LEGO Shop. 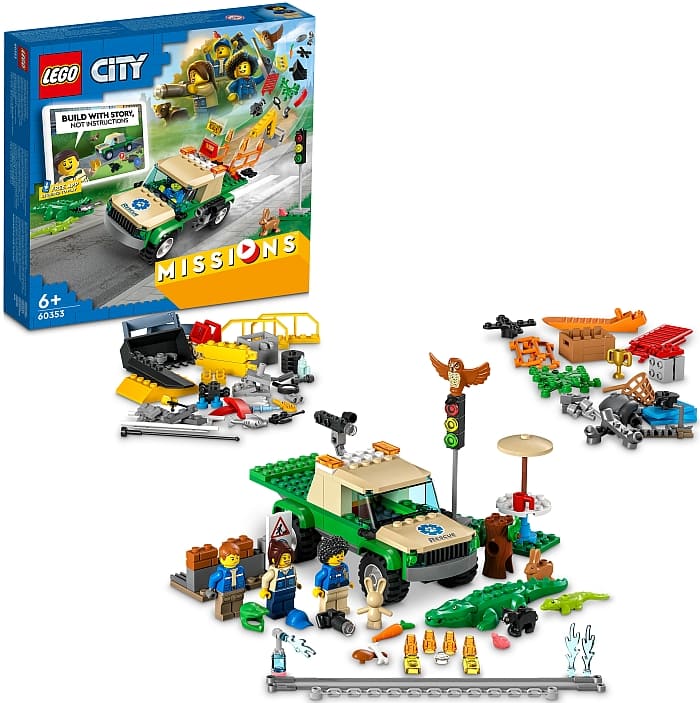 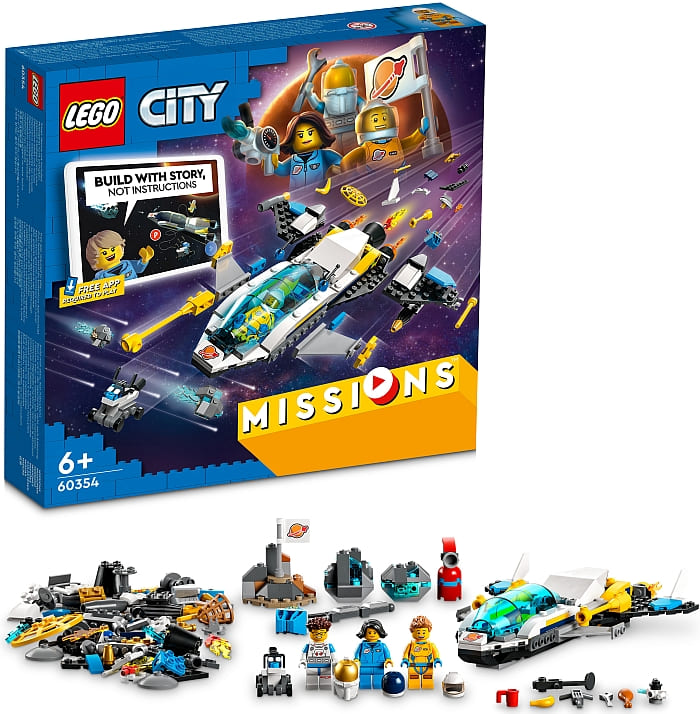 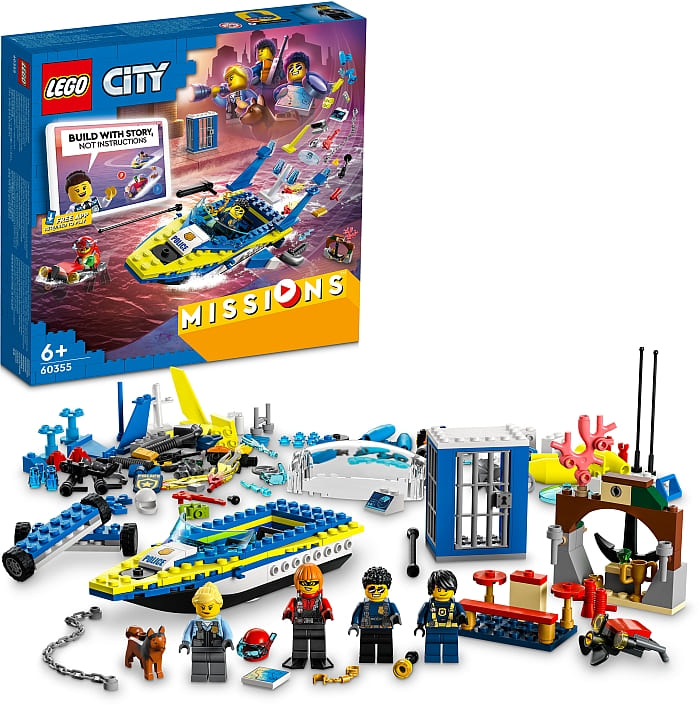 What do you think? Which new LEGO sets are you most excited about? Feel free to share and discuss in the comment section below!