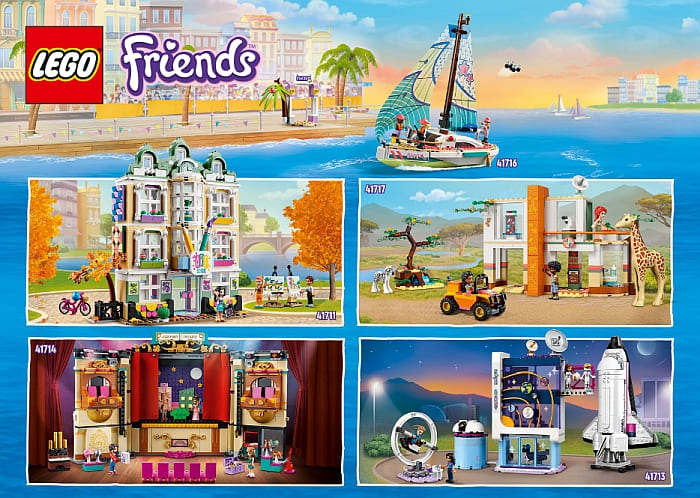 The #41711 LEGO Friends Emma’s Art School comes with 844 pieces and features a three-story French-style building with a pleasing color-scheme and lovely details like the brush and pen over the entrance and the customizable panels with colorful LEGO DOTS tiles. 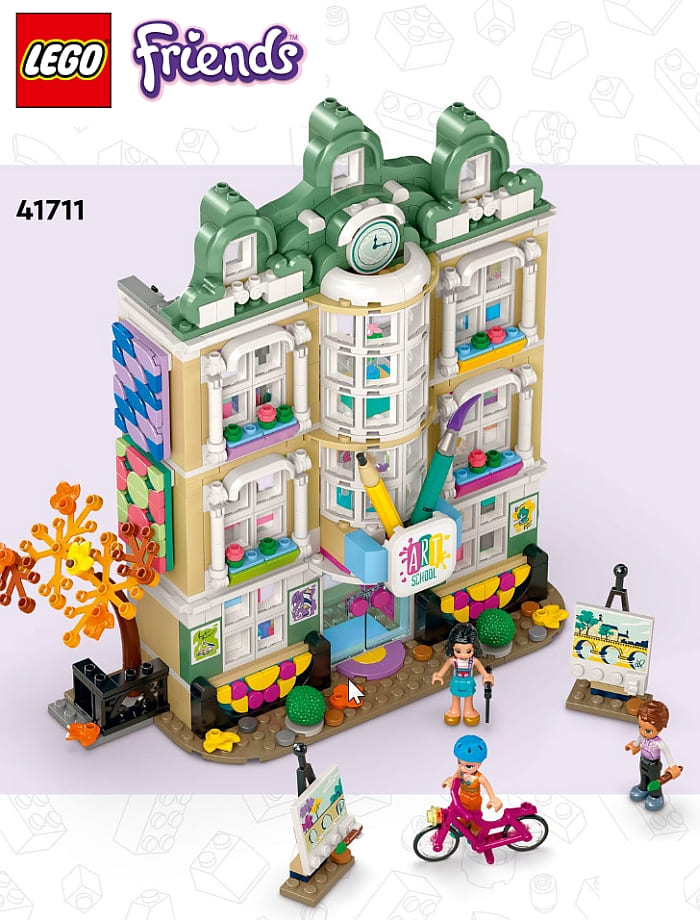 There is a small cafeteria as well as a locker room on the first floor. On the second floor, there is a classroom for practicing ceramics on a spinning pottery wheel, and another classroom for fashion design with a mannequin, sewing machine, and various accessories. The third floor also has two classrooms; one for learning photography, and the other with 3D printing equipment. 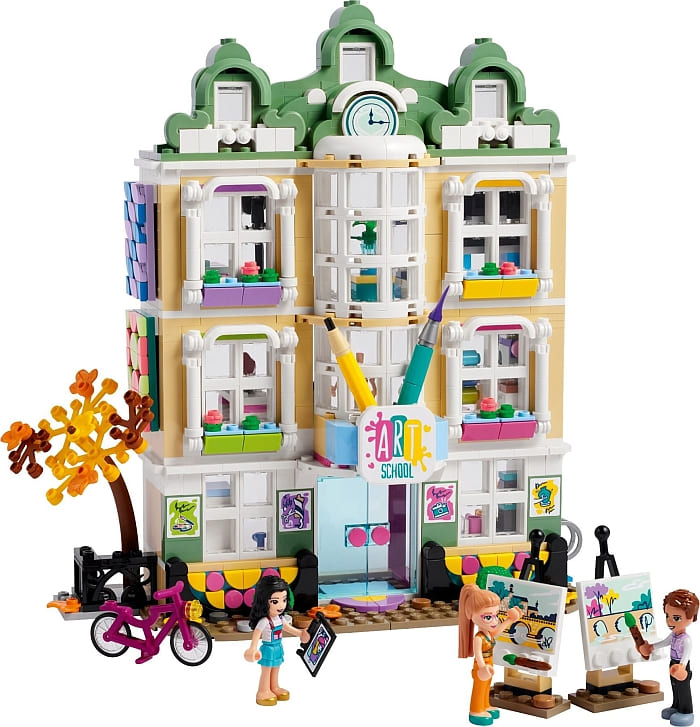 The floors are only six studs wide, so there is only enough room for the most essential modules and play-features. The rest is suggested by strategically placed stickers. Interestingly, the place doesn’t feel too cramped because the back of the building is fully open with dividing walls only suggested with half-arches. This is a method used in many other sets and works well for play. Another way to expand the space is by having additional modules outside of the building. In this case, two paint easels. 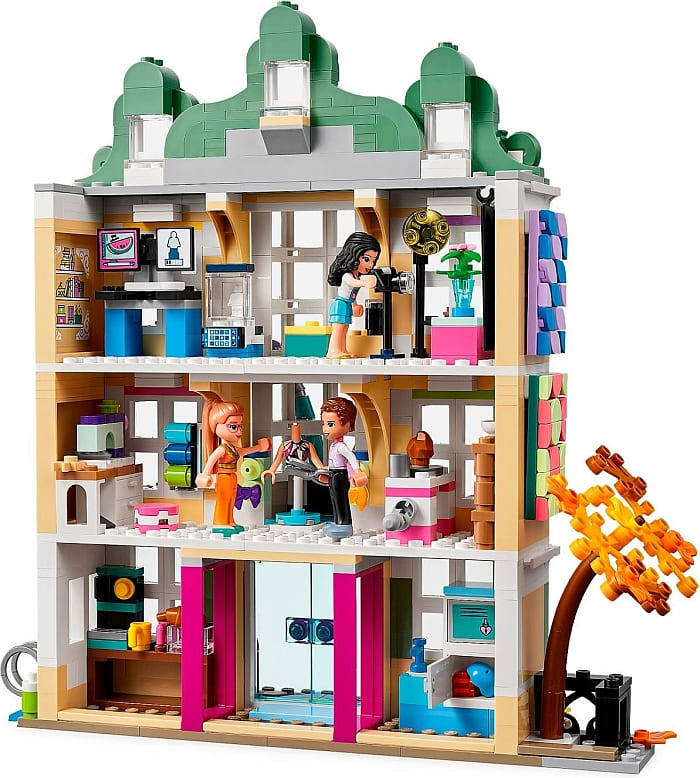 This is a lovely set overall and could be added to other recently released LEGO Friends sets like the #41704 LEGO Friends Main Street Building. Or, because the building is so nice, it could be turned into a LEGO Modular Building by those who prefer more encloses structures. Either way, it’s a wonderful set with lots of potential for play, customization, and display. 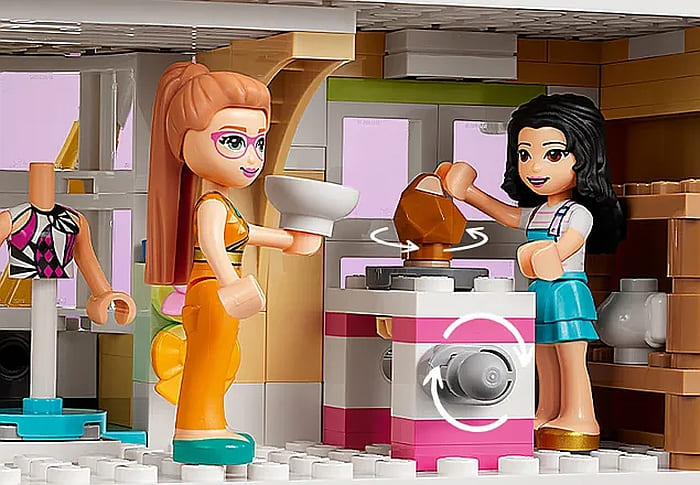 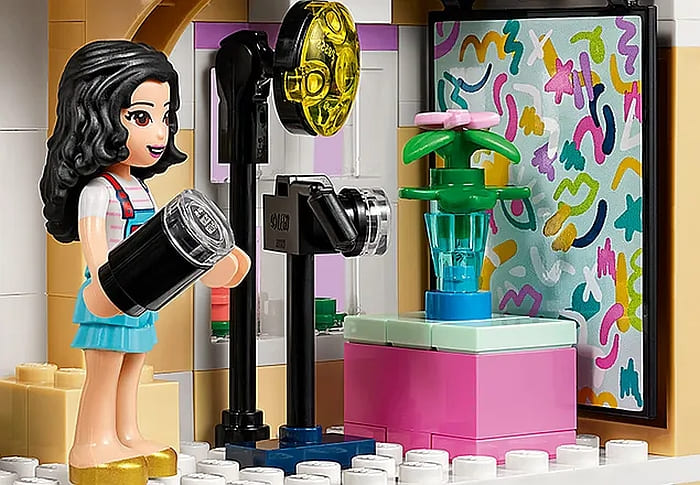 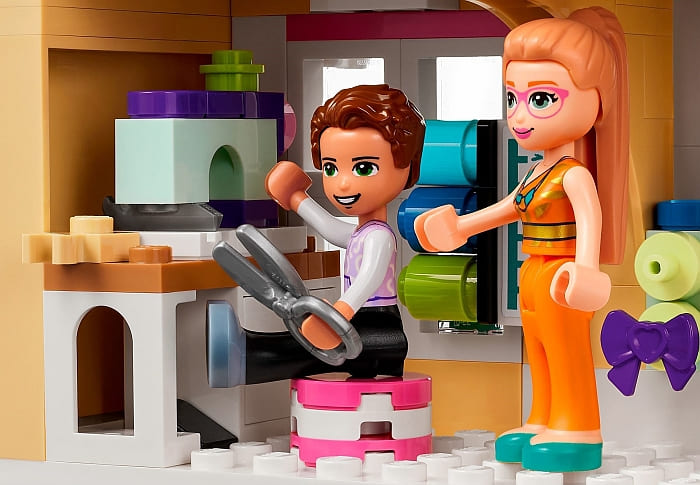 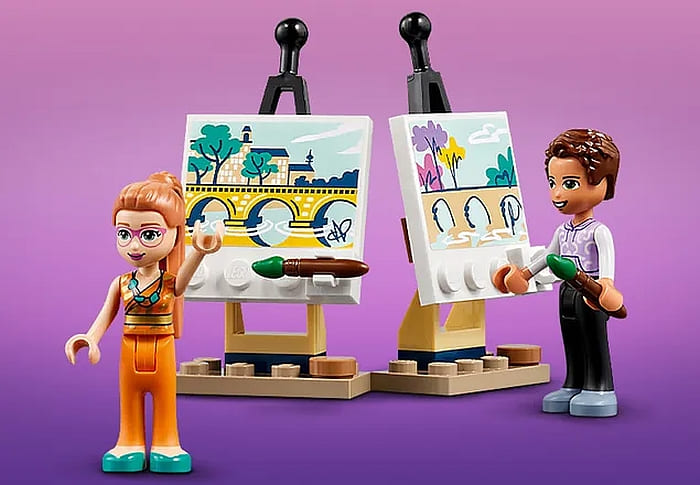 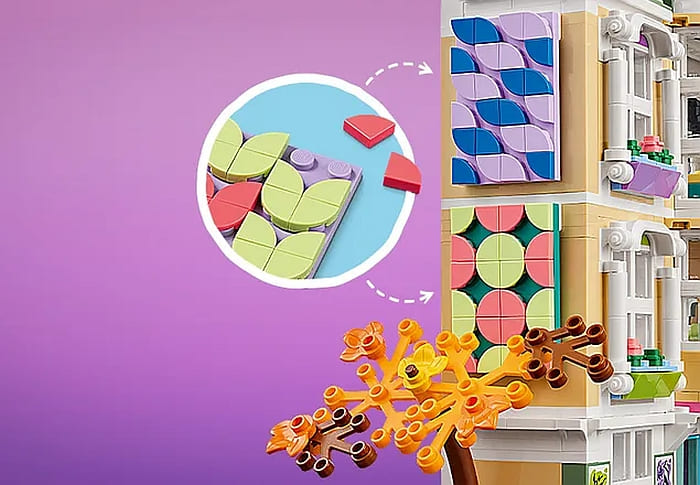 The #41714 LEGO Friends Andrea’s Theater School with 1,154 pieces features a wonderfully detailed Victorian facade that also rivals the LEGO Modular Buildings. In fact, it mimics the look of a London West End theater, but it doesn’t stop there. 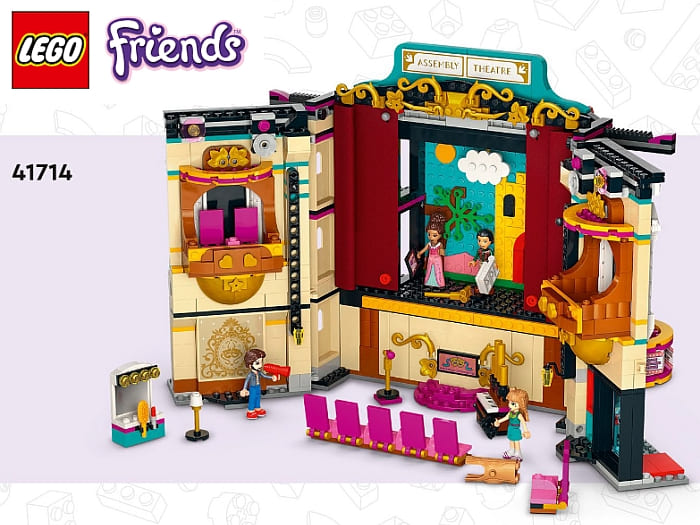 The set can be hinged open to reveal a full theater with orchestra and balcony seats, and opening the textile theater curtains reveals two backdrops; a medieval castle and a nighttime cityscape. 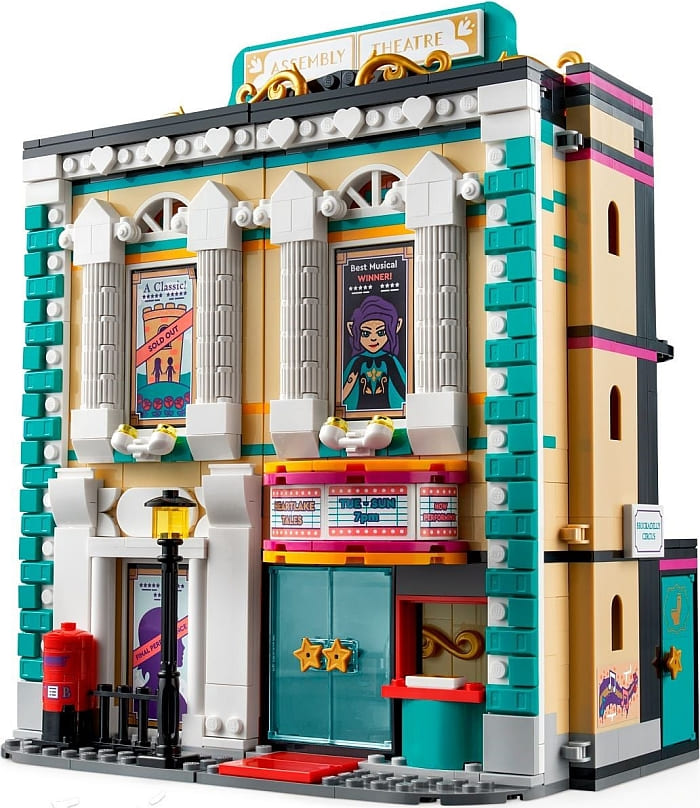 Spin the theater around and there’s rigging for the lights and a dressing room where characters get made up, just like at a real theater. 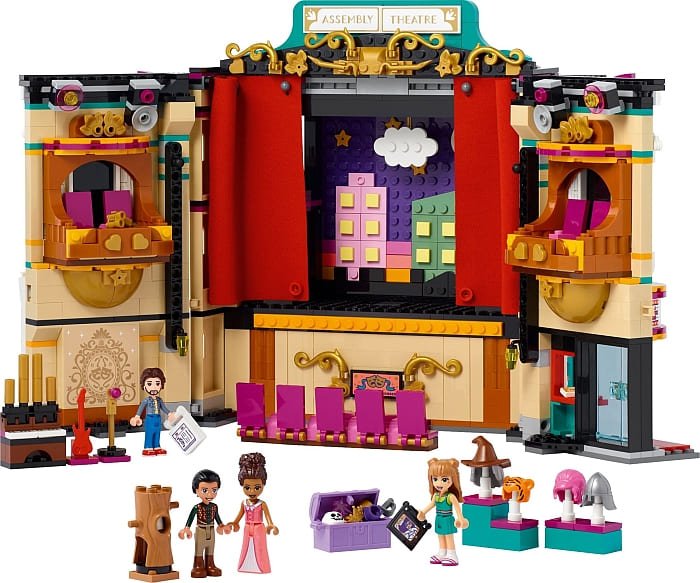 There are also various props so mini-dolls can get dressed for different roles. As the functions of this set are hard to explain just in words, I’m including the video review below so you can see how it works.

This is one of the most engaging LEGO Friends sets I have seen to date. The action-packed and delightful details remind me of some of the surprising features of the Magical Funfair sets released last year. The LEGO Friends design team has been on fire in the past few years releasing some very engaging sets, and this is one of the best amongst them with so many fun details to discover. I should also add that a number of LEGO fans turned this set into a Muppets theater with the recently released Muppets Collectible Minifigures. Another exciting modification that you might consider. 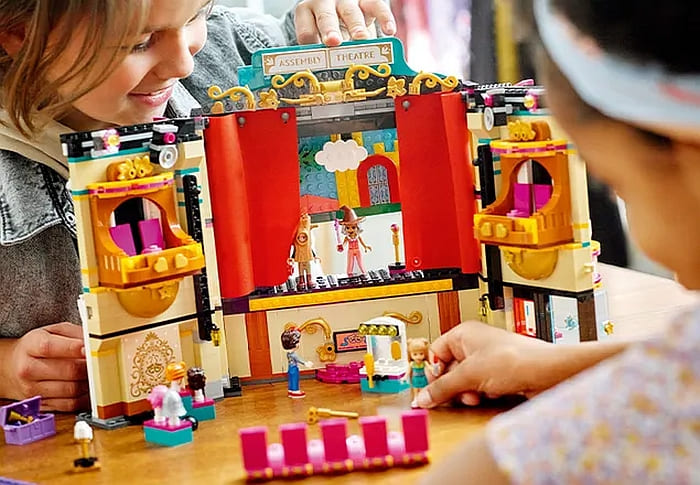 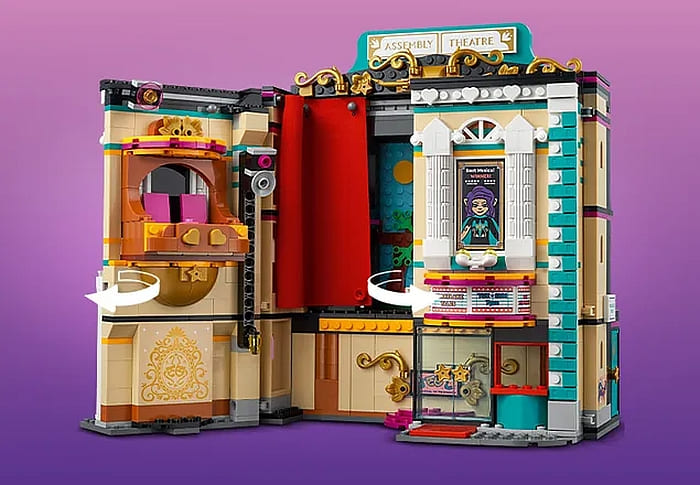 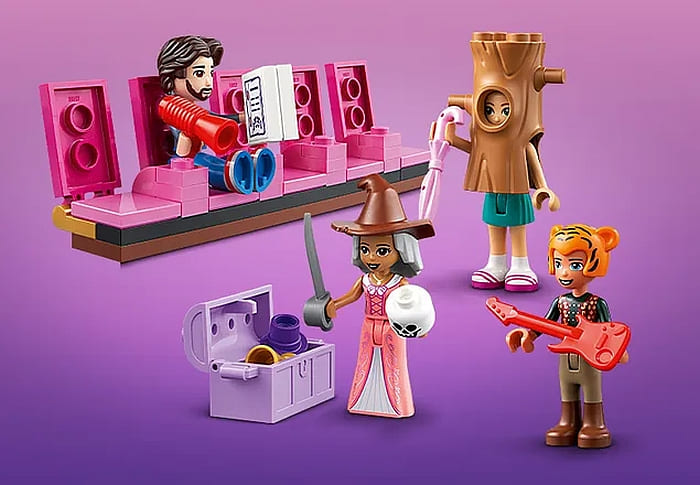 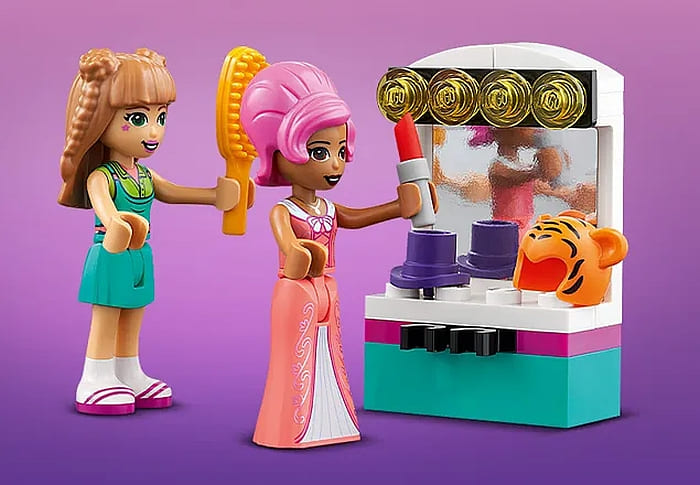 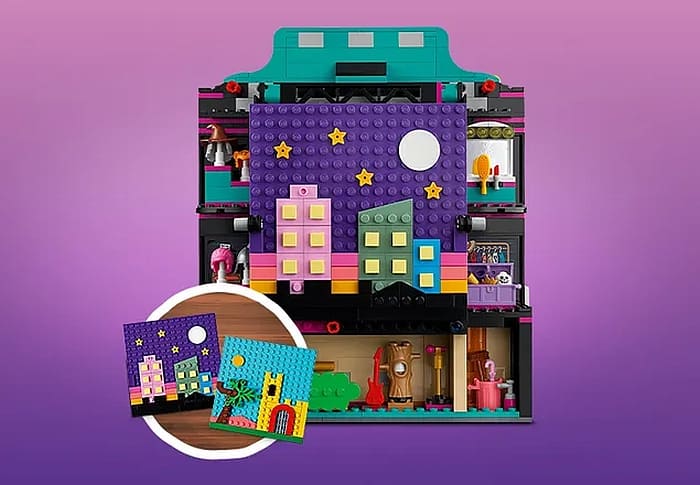 The #41711 LEGO Friends Emma’s Art School is $69.99, and the #41714 LEGO Friends Andrea’s Theater School is $99.99. I would say that if you can only get one of them, go with the theater school because it’s so interesting, but you can’t go wrong with the art school either. Both sets are currently available at the LEGO Friends section of the Online LEGO Shop.

What do you think? Do you have any of the LEGO Friends schools? Which one is your favorite so far? Feel free to share your thoughts and own reviews in the comment section below!