by Thita (admin) on September 20, 2022
in Featured LEGO Creations

I ran into a unique new project on LEGO Ideas that I thought to share; a life-size LED lamp. The reason I found it interesting is because I didn’t think it was LEGO at all! Looking at it closer, I thought maybe the lampshade was LEGO, but not the base, then when I realized the base was LEGO too, I thought the lights surely must be third-party. But in fact, the entire project is built out of genuine LEGO elements. 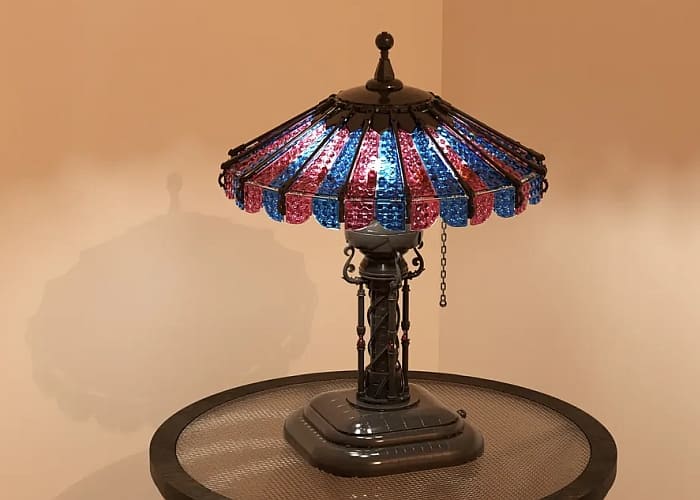 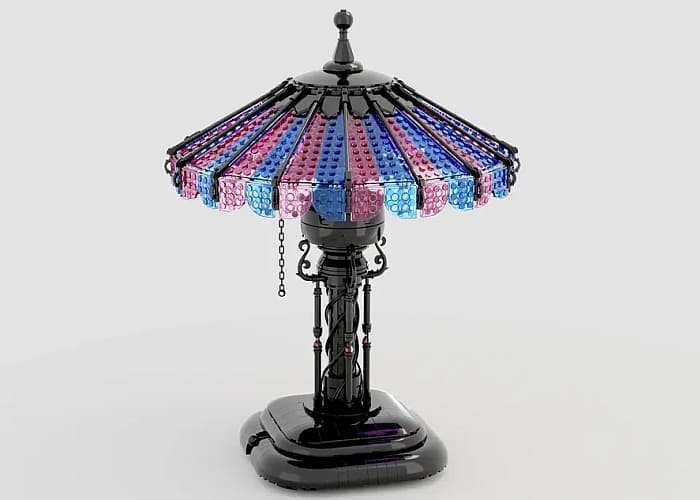 The LEGO LED Lamp was made in collaboration between LEGO Ideas members Castor-Troy and Max Brich. It was inspired by Art Deco-style lamps from the beginning of the 20th century, like the famous Tiffany lamps. But the lamp also has a modern twist as it uses LED lights. The project creators suggest that the fully functional lamp can be combined with other official LEGO display sets like the beautiful LEGO Botanical collection, or presented alone as a decorative item. 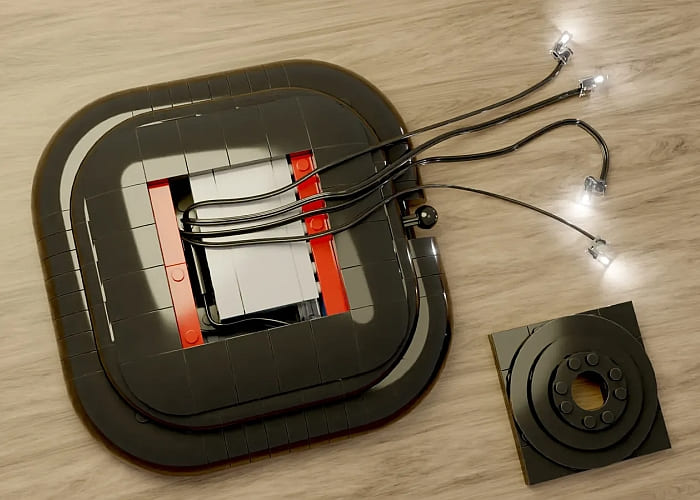 The lamp has a battery hidden in the base, and a switch on the side to turn on/off the LED lights. As I mentioned above, the lights are also genuine LEGO elements; two #88005 LEGO Powered Up Lights with a total of four LEDs to give the lamp a nice glow. The lampshade is made of translucent elements to allow the light to shine through. Customizing the lampshade colors could be a feature of the set, as suggested by the creators. 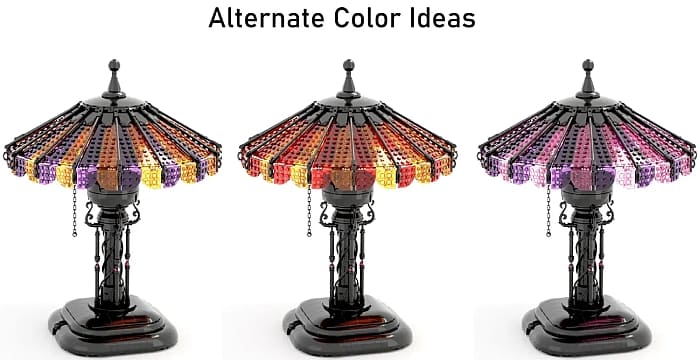 I’m very impressed by the sculpting of the base as well, using curved slopes and various decorative elements. Because all the pieces are black, the shapes blend together nicely, giving the lamp a realistic look. 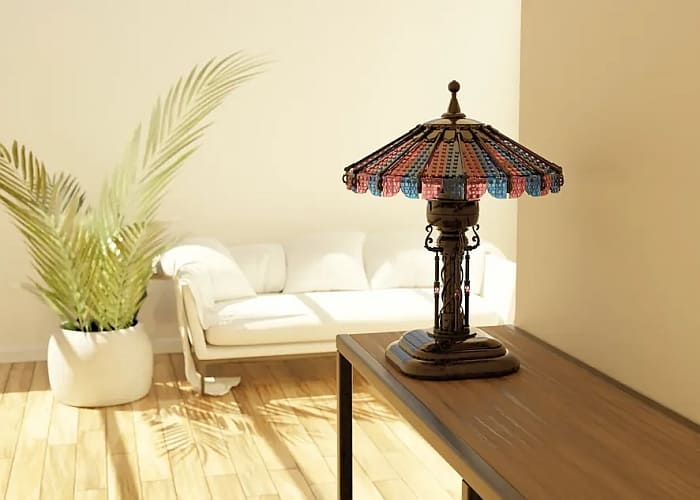 Another surprising feature of this set that it only contains about 800 parts. This means that if selected to be an official LEGO set, it shouldn’t be too expensive. Please note that it takes 10,000 votes for the LEGO Ideas team to consider this project as a potential LEGO set in the future. If you like it and would like to support it with your vote, go here: GIVE YOUR VOTE TO LEGO IDEAS LED LAMP 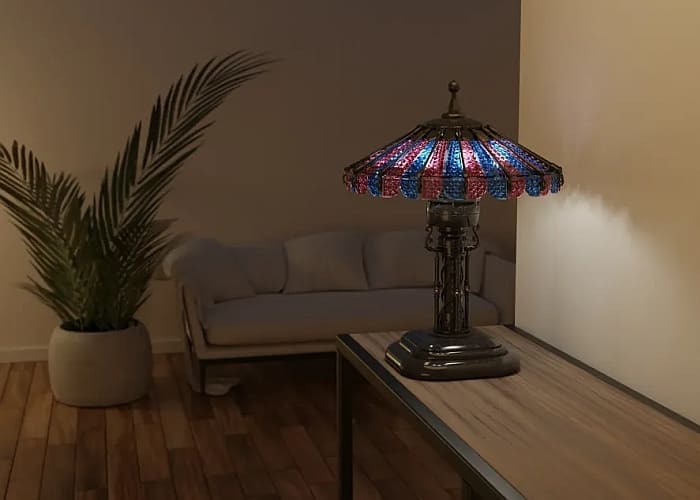 And you may also want to take a look at the currently available LEGO Ideas sets originally designed by LEGO fans at the LEGO Ideas section of the Online LEGO Shop.

What do you think? How do you like the LEGO LED Lamp? Would you like it to become an official LEGO set? Feel free to share your thoughts and discuss in the comment section below!

Next post: From Sketch to Final LEGO Creation Workshop