We have been discussing LEGO Legends of Chima extensively at the LEGO Legends of Chima section. Today I would like to share with you a couple of new videos that sheds more light into the story of Chima, the characters, the sets and the Speedorz game. These teaser-trailers are better quality and longer then the ones we have seen before. I have to say that the world of Chima is quite beautiful! 😛

“Welcome to the world of Chima, a magical kingdom of animal warrior tribes co-existing in peaceful harmony. Meet Laval the Lion, Eris the Eagle, Worriz the Wolf, and Cragger the Crocodile. Sadly, the long-lasting peace is threatened and conflict is inevitable. The animal tribes turn against each other fighting for the control of the magical Chi; the energy source that gives the animal warriors and their vehicles special speed, strength and power. Join the legend and find out who will win the fight for Chi and ultimately become the ruler of the amazing world of LEGO Chima.”

In this second video we get a good look of how the Speedorz game is played. As we have discussed before, the small animal vehicles are powered by ripcords and have to face various challenges to win Chi-balls. There are also cards involved in the game but how they will be used is not clear from the video. But they will probably add extra challenges or powers like in the Ninjago game. What do you think? 😉

There is also this beautiful LEGO Chima display. I wish we could buy this as a whole set! Notice the animal faces on the floating rock! (You can click on the image for a larger view.) 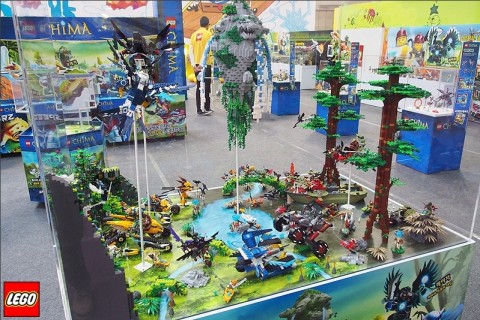 LEGO Legends of Chima will be officially released in January, however they are already listed at the Online LEGO Shop. You can’t buy them yet, but you can check out high-resolution detailed images of all of the upcoming sets. There are ten sets, and 6 Speedorz game sets to look forward to. Click on the image below to check them out. 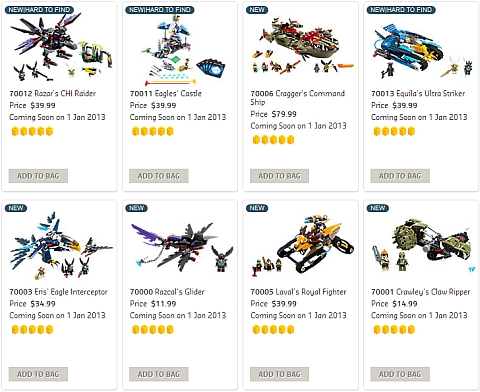 What do you think of LEGO Legends of Chima after seeing the new video? And what about the Speedorz game? Are you interested? Share your thoughts and discuss in the comment section below! 🙂

Previous post: How did you discover your LEGO passion?