by Thita (admin) on February 21, 2013
in Featured LEGO Creations

One of the most interesting LEGO contests is called Iron Builder. We talked about this LEGO contest in a previous post already (see: LEGO Contest to Awe & Inspire: Iron Builder), and today I would like to show you the entries to the January 2013 LEGO Iron Builder contest, as it was particularly interesting. Check it out below! 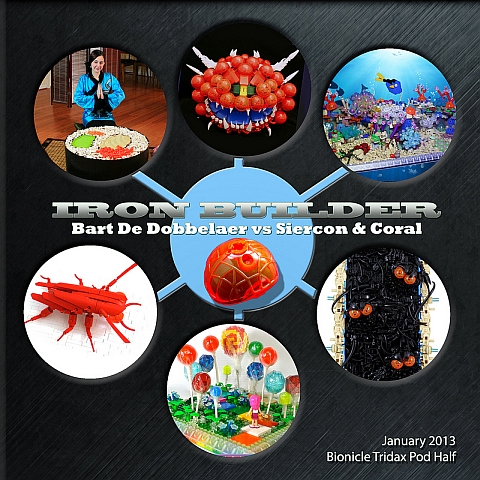 The current Iron Builder challenged in this last round was Bart De Dobbelaer, an incredible LEGO builder with a great sense of color and texture. The challenger was Siercon & Coral, the LEGO fan couple who’s out-of-the-box and unusual LEGO creations we featured here several times.

The “secret ingredient” – the part that both contestants had to use in their LEGO creations – was a translucent orange Bionicle half-sphere.

The first entry to the LEGO contest was by Bart using two of the Bionicle parts. As Bart has a knack for story-telling in LEGO, it was no surprise that his first entry also told a story:  “Zoid’s parents were confident that sending their son to the prestigious Intergalactic Elementary School would benefit his education and improve the interaction with his classmates. However, after the unfortunate incident with little Timmy and the phaser, the I.E.S had to revise their Student Code of Conduct regarding toys brought from home. Zoid was expelled and had to take his further education at the infamous Institute for Juvenile Misfits.” 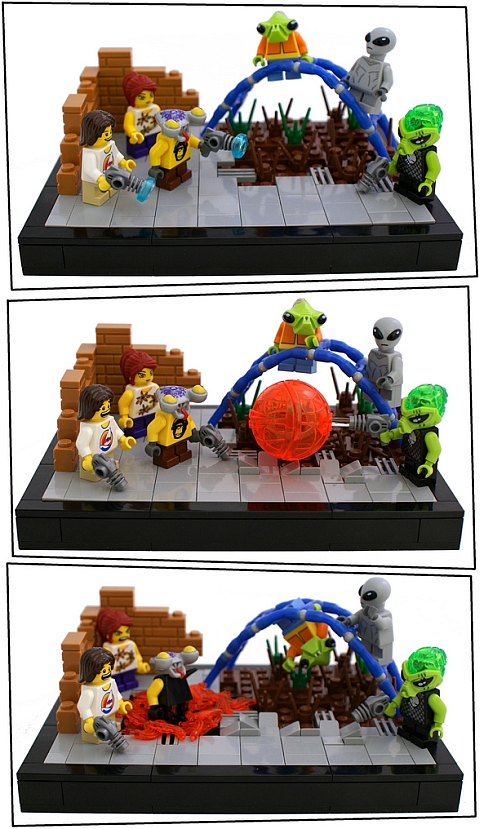 Siercon & Coral responded by building this lovely Lollypop Forest including six of the Bionicle half-spheres. Please note that even the candy-wrappers are from official LEGO sets! 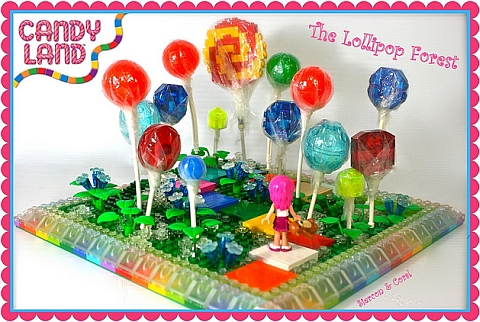 Bart shot back by creating the Gloom Marshes, also using six of the Bionicle parts, and again telling a story: “Not many ventured into the gloom marshes and those that did, were never seen nor heard from again. Folk would tell of strange shapes slithering through the mist and of the howling noises they heard during the night. Some would say the sounds came from the horrifying creatures that roamed the land. Others claimed it were the trapped souls lamenting out in despair.” 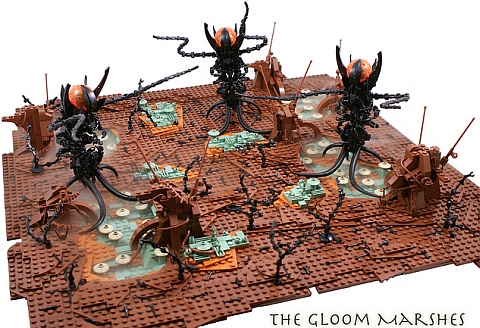 And for good measure he also sent these fiery lips taunting Sean that he received them from Coral. Now the contest was getting personal. 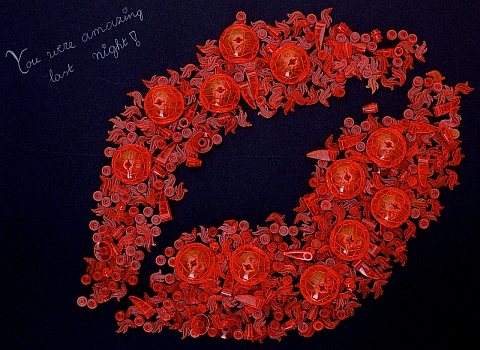 Siercon & Coral weren’t ready to give up and wrote back: “Oh look, you’ve posted a burnt spaghetti monster. Bart, little by little we promise to drag you through the gates of oblivion. We’ll begin with this Ember Beast from the Lava Lakes. Bring on your spaghetti. And thanks for the kisses… we stand undivided – framing tends to unite multiple enemies.” 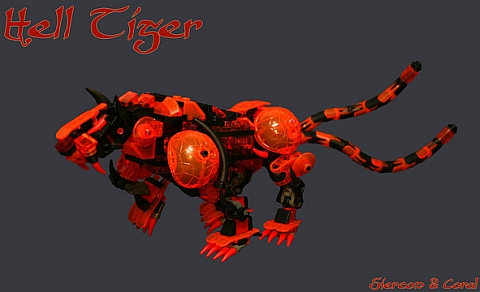 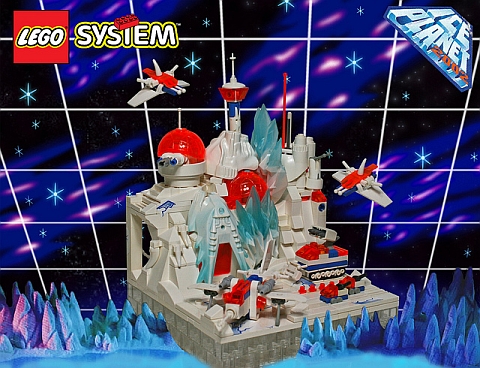 There were several more wonderful entries by Bart, including the excellent creations featured below. You can see the rest of his contest entries at his flickr gallery. 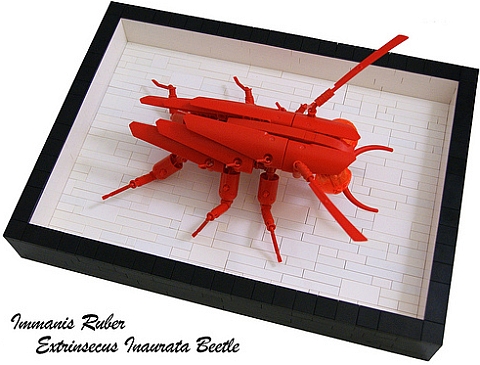 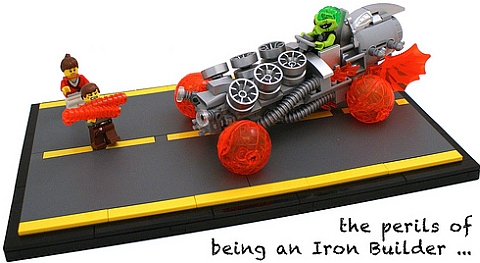 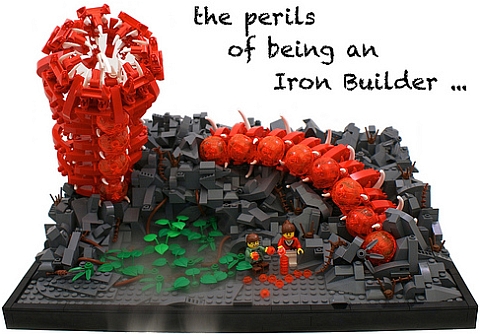 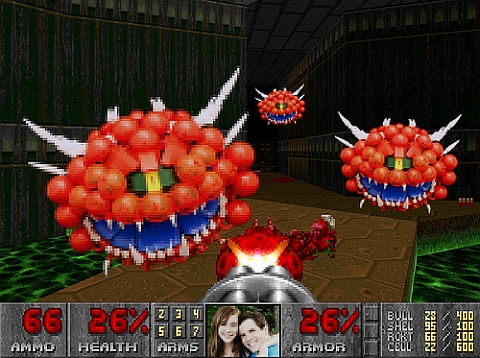 And also there were more contest entries by Siercon & Coral, including the coral reef where the whole scene is actually under water in a real aquarium, the giant sushi completely made of LEGO, and the huge sword called Armageddon’s Blade that is also fully LEGO and not glued! You can see all pictures and videos at their flickr gallery. 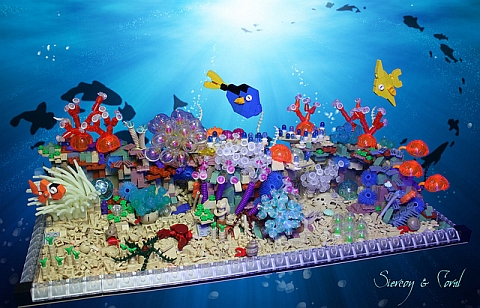 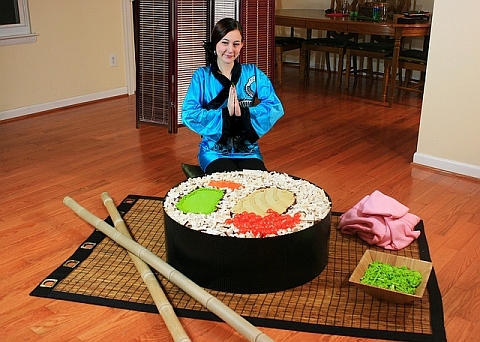 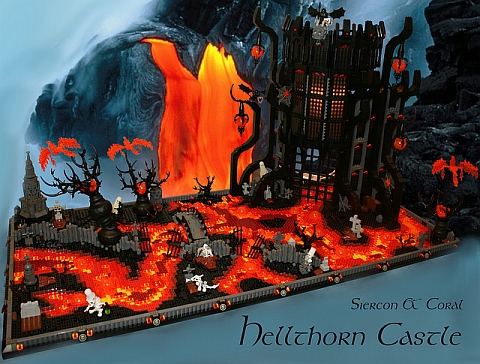 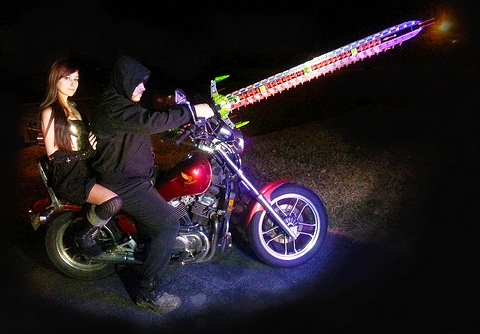 This was probably one of the most exciting LEGO contests I have seen for a long time. I don’t envy the judges who had to make a decision about the winner! Contest entries were evaluated on LEGO building skill, presentation, and the use of the mystery part. The final scores were very close, but ultimately Siercon & Coral dethroned Bart De Dobbelaer as Iron Builder. Now the question is who is going to go against and be able to defeat Siercon & Coral? What do you think? Share your thoughts below!