Brickworld – have fun in the world of LEGO!

Whether you are new to the LEGO hobby or a seasoned pro, LEGO conventions are a great way to get inspired, meet new friends, and even show off your own LEGO creations. These LEGO events are usually put together by local LEGO User Groups and include displays of some of the most amazing LEGO creations from the community, as well as workshops, games, contests and a host of other fun activities. 🙂

In the USA one of the largest LEGO event is Brickworld. Brickworld began with a single convention/expo in the Chicago area in 2007. Since then Brickworld expanded to several locations and have become the premier family of LEGO fan expos – with people coming to the event not just from the local LEGO fan community, but from all over the globe. 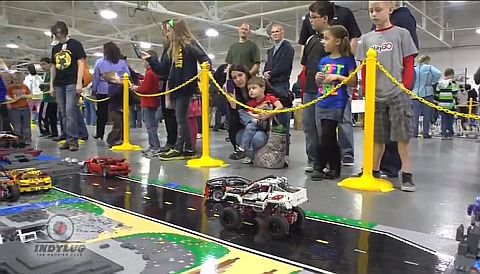 Brickworld was founded under the principles of getting together with existing friends and making new friends. Their motto, Share – Learn – Explore – Discover, reflects the organizers’ intent to create not only a fun event, but also make it educational; LEGO artists and engineers have a chance to learn from each other via seminars, workshops, and impromptu discussions. In fact, Brickworld has become so large that people travel from all over the globe just to attend it.

Brickworld is open to the general public to see how LEGO enthusiasts from around the world use LEGO as a medium of art, science and technology, and create awesome LEGO trains, robots, cityscapes, space stations, mosaics, architecture, etc. Visitors can also make their own creations in the LEGO & DUPLO play areas, buy minifigures, LEGO sets, t-shirts, stickers, and other LEGO accessories. It is really a fun event for the entire family! 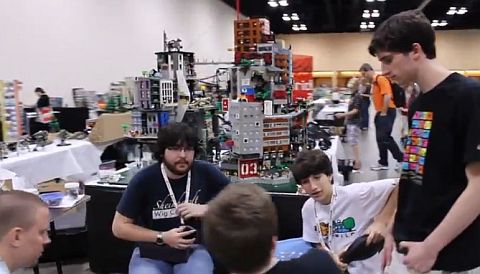 In addition, Brickworld Chicago also provides Adult Fans of LEGO (AFOLs) an opportunity to gather with like-minded LEGO enthusiasts and participate in a 5-day convention featuring workshops, presentations, games, etc. These sessions are designed to give registered attendees the chance to share with each other, learn from each other, and discover new aspects of the LEGO hobby.

Above I’m including a couple of videos; the first one from Brickworld Indiana earlier this year, and the second one from Brickworld Chicago just a couple of weeks ago. They should give you a good idea of what to expect at a LEGO convention this size. And if you are interested in participating in any of the Brickworld events, below is the upcoming schedule. If you would like to register visit Brickworld.us.

Have you ever been to Brickworld or other LEGO conventions? How did you like it? What was your favorite activity? And if you haven’t been, are you planning to go? Do you have any questions? Feel free to share in the comment section below! 😉