Each year LEGO fans –  especially LEGO Star Wars fans – look forward to the month of May with great anticipation. May the 4th is official Star Wars Day (“May The 4th Be With You”), and LEGO joins the fun by offering new sets and promotions for LEGO Star Wars fans. And there is more than just Star Wars! See details below! 🙂 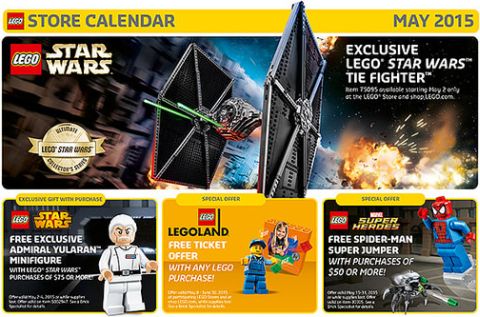 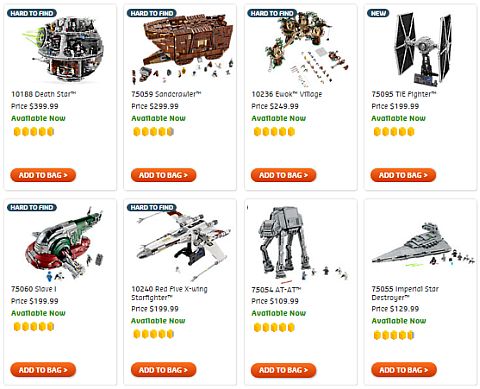 ➡ LEGO MARVEL SUPER HEROES FREE POLYBAG: During the second half of May you will be able to get a free LEGO Super Heroes Spider-Man Super Jumper with purchases of $50 or more. This offer will last between May 15th and 31st. You can find all the new LEGO Marvel sets under the LEGO Marvel Super Heroes section of the Online LEGO Shop.

➡ LEGO THE SIMPSONS NEW SETS: The #71016 LEGO The Simpsons Kwik-E-Mart is now available for non-LEGO VIP members. We have talked abut this set several times (see links at the end of this post), so all I will say here is that it’s a winner that you should seriously consider getting, if you haven’t done so already. The second series of LEGO The Simpsons Collectible Minifigures is also available now. You can find them all under the LEGO The Simpsons section of the Online LEGO Shop.

➡ LEGO JURASSIC WORLD: While the new Jurassic World film won’t be released until mid-June, the LEGO sets related to the movie are already out! There are six sets in this theme, each including some awesome new dinos! We will talk about these sets more in detail shortly. You can find them all under the LEGO Jurassic World section of the Online LEGO Shop. 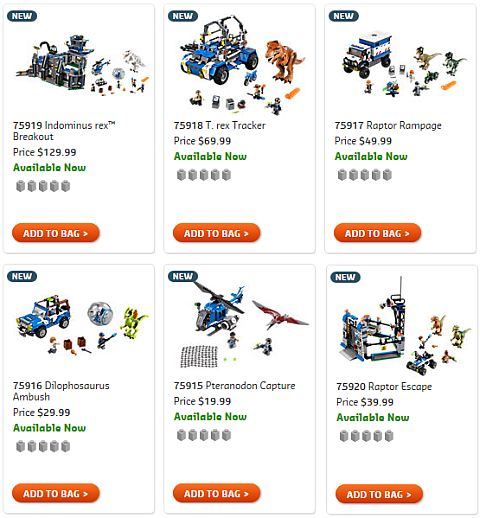 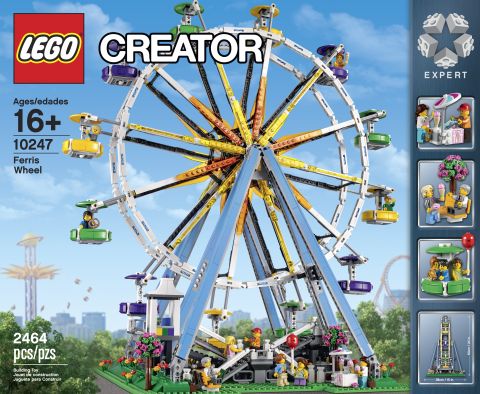 To recap, the first few days of the month are focusing on LEGO Star Wars with special promotions and sales, as well as the new LEGO The Simpsons set and minifigures. Then from mid-month the LEGO Creator Ferris Wheel is going to be the cause of excitement. Also, in addition to the above mentioned promotions, don’t forget about all the exciting new sets that were released recently, including LEGO Pirates, LEGO Ultra Agents, LEGO Speed Champions and LEGO Marvel Super Heroes. And if you are shopping online, it is worth taking a look at the Sales & Deals section of the Online LEGO Shop before you check out. There are some nice sets there with a good discount, and likely more will be added as they get retired. If you live near an official LEGO store, there are other events you can participate in during the month. You can see the LEGO Store Calendar below for more details. 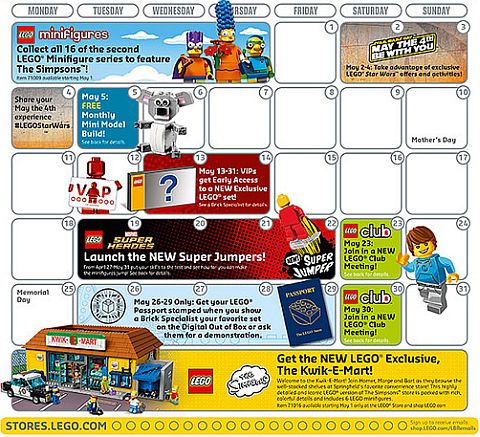 So what do you think? Are you excited about all the LEGO Star Wars offers? And what about the other new sets and promotions? Also, if you are a LEGO VIP member, don’t forget to enter the drawing for the LEGO Star Wars TIE Fighter! Feel free to share what are you planning to get this month in the comment section below! 😉