As we have discussed previously (see: LEGO Ninjago – Season 5 DVD Coming!), Season 5 of the LEGO Ninjago saga, LEGO Ninjago: Masters of Spinjitzu – Possession got released today on DVD and Digital HD! In an epic quest to save Lloyd, the Ninja travel to uncharted lands, meet new allies and gain powerful weapons, unlock unknown powers, all while battling the supernatural Cursed Spirits in an effort to stop a monstrous deity from cursing all of Ninjago. Details below. 🙂 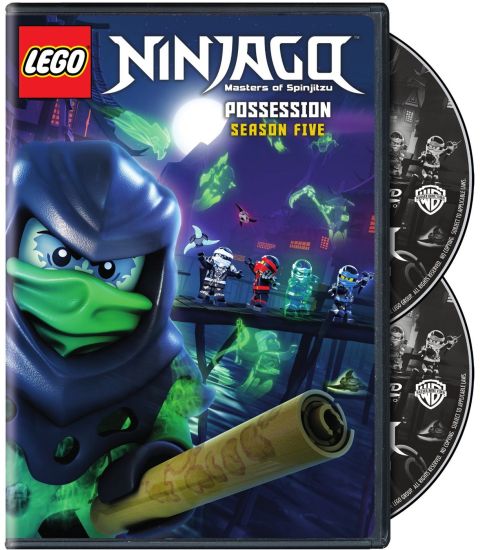 After peace was restored at the end of Season 4, Season 5 introduces new evil enemies and new adventures for the Ninja. In an epic quest to save Lloyd from Morro, the Elemental Master of Wind, the powerless Ninja will travel to the city of Stiix. The Ninja need to decipher three clues in order to find the Realm Crystal before Morro releases his master, the Preeminent, a monstrous deity from the Cursed Realm seeking to curse all of Ninjago. Will the Ninja find the Realm Crystal before Morro and save Lloyd? Or will the Preeminent be unleashed? 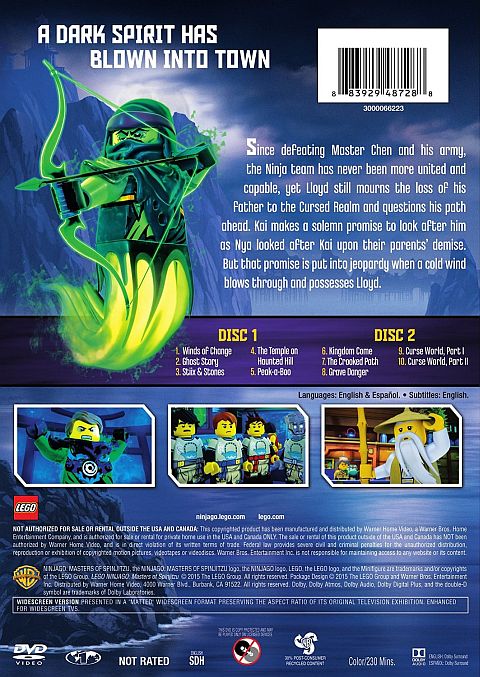 LEGO Ninjago: Masters of Spinjitzu – Season 5 on DVD includes ten 22-minute episodes with a total run-time of 230 minutes – that’s almost four hours of Ninjago goodness! Trailers to some of the episodes are in the video-player above, and the list of included episodes is below:

The manufacturer’s suggested retail price for the LEGO Ninjago: Masters of Spinjitzu – Season 5 DVD is $19.97, but it is currently listed on Amazon for $13.99 for a 30% saving (please keep in mind that Amazon prices can fluctuate frequently). You can find it here: BUY LEGO NINJAGO – SEASON 5 ON AMAZON. I’m also listing previous seasons here for your convenience, in case you are missing any of them:

The LEGO Ninjago: Masters of Spinjitzu series is enjoyable and good quality entertainment for kids and Ninjago fans of all ages, so it is worth picking up the entire collection. What about you? Have you been following the LEGO Ninjago saga? Do you watch the episodes as they get released on Cartoon Network, or catch up with them later on DVD? Do you collect the series? Which one is your favorite episode so far? Feel free to share in the comment section below! 😉