Save LEGO Lord of the Rings – a petition 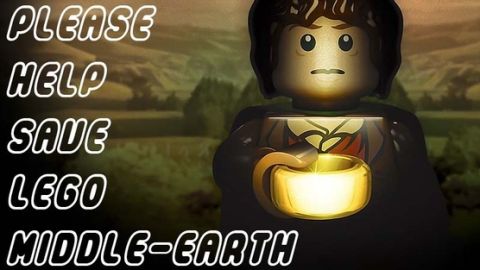 There is a petition to “Save LEGO the Lord of the Rings!” by the “LEGO the Lord of the Rings Rescue Team” posted on change.org. At this point they are basically just collecting signatures to be able to prove to LEGO that there is indeed enough interest to continue the theme. Below is the actual petition, and if you would like to add your signature and your comment on why you feel the theme should continue you can visit the petition here: Save LEGO Lord of the Rings! and you can also follow the petition on Facebook and share it with your friends.

Back in 2011 the LEGO Group (TLG) announced the multi-year agreement with Warner Bros. Consumer Products to turn the characters and locations of the Lord of the Rings into the plastic toy we all know and love. Finally this popular franchise would be made into LEGO construction sets. This was, according to LEGO.com: “…not only because we know they will foster collectability and creative play, but also because these are two properties that our fans have been asking us to create for years.”

These fans have been getting fantastic LEGO Lord of the Rings sets from the summer of 2012 until June 2013, depicting scenes from all three movies: The Fellowship of the Ring, The Two Towers and The Return of the King. Aside from being popular among children, the introduction of this theme has also drawn many AFOL’s (Adult-Fan-of-LEGO) back to their favorite childhood toy, commonly referred to as “returning from their Dark Ages”.

But now the future of LEGO Lord of the Rings looks rather dark itself. With no new sets for over a year and the LEGO The Hobbit theme ending in October 2014, closely followed by the last Hobbit movie (The Battle of the Five Armies) this December, chances for LEGO Lord of the Rings sets are close to non-existent.

To many of us the LEGO Lord of the Rings theme feels incomplete. This is due to the lack of several major characters, creatures, buildings and locations. Some of the most striking oversights are LEGO versions of the complete Gondor faction, the city of Minas Tirith, the Balrog of Moria, the Witch King with his iconic helmet and several important characters like Éowyn and Faramir. Even Sauron, the main villain of the story, doesn’t have his own depiction in LEGO form.

Many fans would love this theme to continue forever, but a lot of us feel that most of the gaps could be filled with just one last wave. Only one last batch of sets could deal with the most important characters, settings and stories that are now left out. In this manner TLG could complete this theme in a proper way to honor the Lord of the Rings franchise and satisfy fans of both LEGO and the Lord of the Rings.

If you love LEGO and if you like the Lord of the Rings, please take your time to sign this petition. It only takes a minute. Let the world now what LEGO Lord of the Rings meant for you and why you want it to continue. Which crucial sets are still missing? Let your voices be heard!

To be honest, I’m not sure if this campaign will work. There is no harm in adding our signatures, but most likely LEGO has already made up their mind about the future of the theme. Like any business, LEGO looks at facts and numbers to decide which theme to continue. They listen to what we say with our wallets not our words. My understanding is that the LEGO Lord of the Rings and LEGO The Hobbit lines aren’t doing that well. I believe this has to do with the books mostly appealing to older kids than LEGO’s general clientele, and also, most of the sets being disappointingly small. 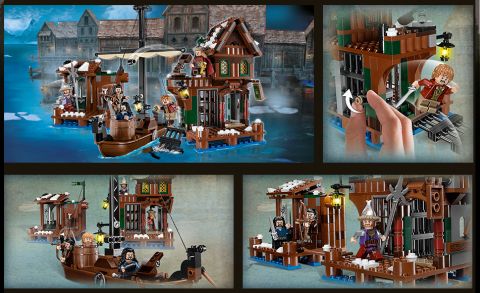 One of the most memorable aspect of the books and the movies are the scenes of huge battles, great forts, amazing cities and sweeping vistas. Then you look at the LEGO sets for some of those scenes, and the first thing that comes to mind is that they are puny compared to what they supposed to represent. Sure, the LEGO Lord of the Rings and LEGO The Hobbit lines gave us a lot of the important characters – so we can definitely be grateful for that. If someone really wants to, they could now build up some of the iconic scenes, and in fact many people have done so (see: The Best LEGO Lord of the Rings Dioramas Part 1, Part 2, Part 3). 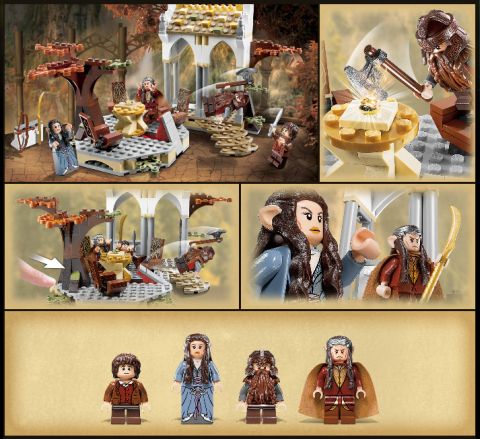 However I do find it a bit odd that LEGO decided to introduce intricate brick-built castles with these lines. You may or may not know this, but LEGO fans have been complaining for some time about the use of large pre-made pieces like castle and rock walls that you can often see in official LEGO Castle sets. These pieces basically allow to build much bigger structures with less parts and time involved to build them, and they also cost less. The downside is that they can make the structure a bit boring and repetitive. But most buildings do have repetitive sections, don’t they? 😕 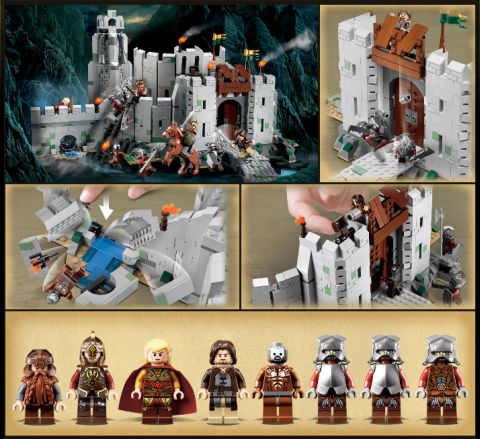 While I agree that some LEGO sets could benefit from using smaller pieces and interesting building techniques, I don’t thing that should have been the LEGO Lord of the Rings or LEGO The Hobbit lines where size is really important. Some well-placed large pieces would have made the structures so much more impressive without having to raise the price. LEGO can make very impressive castles and forts – it is unfortunate that the LEGO Lord of the Rings and LEGO The Hobbit lines are not going to be known for that. And while LEGO gave us many of the important characters in minifigure form, there are so many more missing – like it is mentioned in the petition. 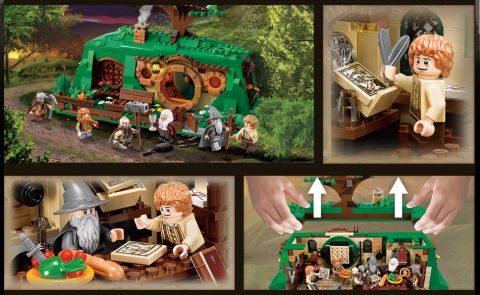 So while it may be true that we are not be buying enough of the sets for LEGO to feel inspired to continue the line, I also feel that LEGO didn’t give us enough to be inspired about either. I’m a huge Lord of the Rings fan who grew up with the books and love the movies, and I was one of those people who couldn’t wait for the sets to come out – it was a dream come true. However I ended up buying just the minifigures on the secondary market and a couple of the smaller sets. The so-called large sets simply do not inspire me. They are nothing like what I remember from the books and movies, and this mainly has to do with their small size. The only sets I feel LEGO did a great job with are the #79003 LEGO The Hobbit The Unexpected Gathering (nice size, reasonable price, great details), and the #10237 LEGO Lord of the Rings The Tower of Orthanc (but this set is out of a lot of people’s price-range). 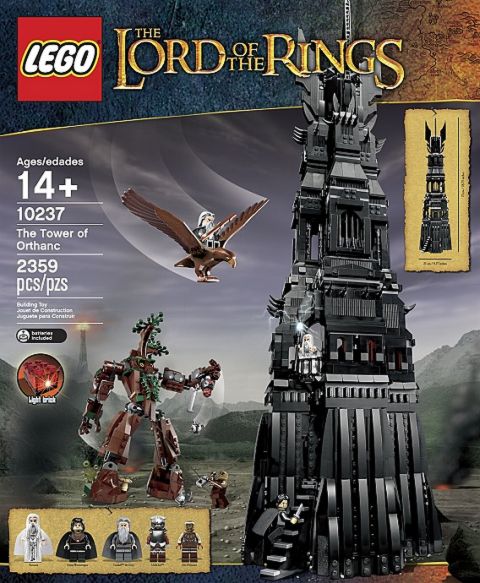 What do you think? Should LEGO continue the LEGO Lord of the Rings line? Do you like what they have offered so far or feel disappointed? What sets and minifigs would you like LEGO to make? And do you think signing the petition would help? Feel free to share and discuss in the comment section below! Would love to hear your opinion on this! 😉

And you might also like to check out the LEGO Lord of the Rings/The Hobbit section for more news, reviews and discussions, or select from these posts: