by Thita (admin) on January 5, 2021
in LEGO Modular Buildings

The latest in the LEGO Modular Building series, the #10278 LEGO Creator Police Station was designed by LEGO fan-turned-LEGO-designer Chris McVeigh. Chris was well known for his Christmas-themed LEGO creations and books even before joining the company a couple of years ago. As a LEGO designer, Chris worked on the four LEGO Brick Sketches sets (which was a series he started working on before he was hired by LEGO), the #10275 LEGO Creator Elf Clubhouse (the latest in the LEGO Winter Village series), and the just-released #10278 LEGO Creator Police Station. In other words, Chris has been on a roll! In the designer-video included below, he will talk about the police station in detail, including some of the special building techniques, hidden Easter eggs, and more. 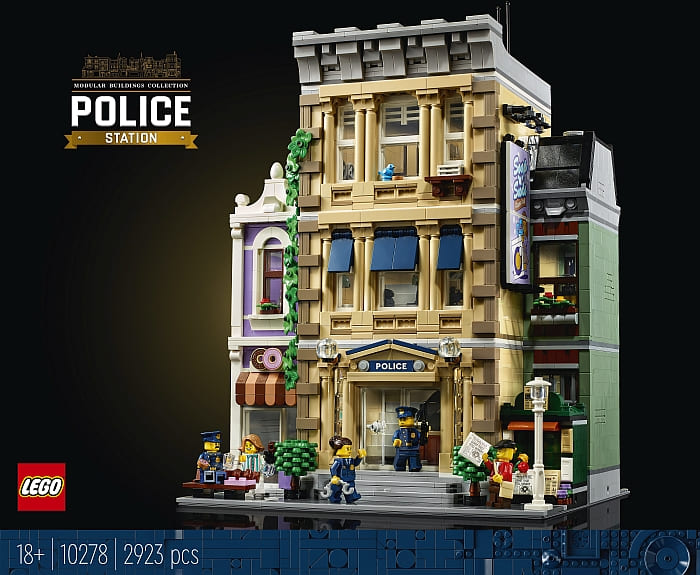 Just to recap, the the #10278 LEGO Creator Police Station features a three-story building with a police station featuring awesome little details like an evidence locker, jail cell, interrogation room, and case board (complete with red lines connecting the clues). Next door to the police station is a donut shop brimming with sweet treats, and on the other side of the police station there is a newspaper kiosk. 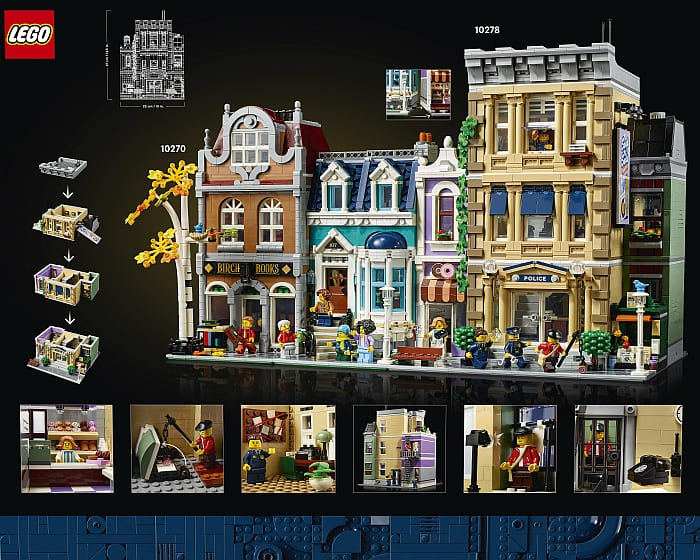 In the video below, Chris will explain how these building are connected to each other (as well as to other sets in the series) by a fun storyline. And just like other LEGO Modular Buildings, the police station is full of intricate architectural details achieved with clever building techniques and the unique use of elements. Once built, the set measures over 14.5 in. (37 cm) high (including antennae), 10 in. (25 cm) wide and 10 in. (25 cm) deep. It includes 2,923 pieces and 5 minifigures, including a new 1940s-era police officer. The price is $199.99. Available at the LEGO Creator Expert section of the Online LEGO Shop.

The #10278 LEGO Creator Police Station is a solid addition to the LEGO Modular Buildings series. I particularly like the color-scheme of the donut shop and the architectural details of the center building. It works well as a small urban police station, but it could also be utilized as a post office, library, museum, etc. – depending on what you need in your city.

What do you think? How do you like the police station? Is this a set you’re planning to add to your city? And what do you think of the play-features and hidden references? Feel free to share your thoughts and discuss in the comment section below!