Ever since LEGO dove heavily into sets for adults, we’ve seen more and more sets that are primarily meant for display or could even be considered decorative art pieces. LEGO Star Wars has been doing this a bit longer than most lines produced by LEGO, but now other lines like LEGO Super Heroes also offer artsy display sets. The #76206 LEGO Marvel Iron Man figure and the #76217 LEGO Marvel Super Heroes I am Groot set are a couple of such examples. 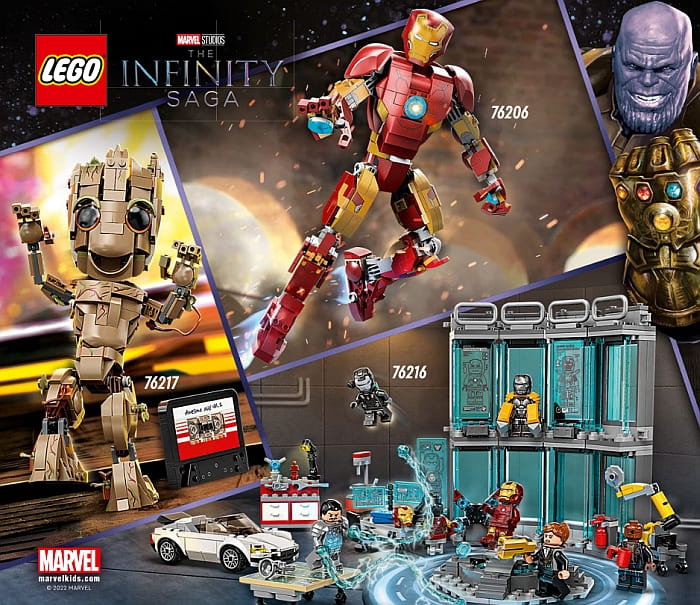 These sets are definitely not for everyone as not everybody likes brick-built characters, and the sets are often lacking minifigures (which is usually a major draw for enthusiasts and collectors). The #76217 LEGO Marvel Super Heroes I am Groot set also doesn’t include a minifig, but the brick-built character is very posable, and it features several cute and humorous elements that most LEGO statue sets lack. 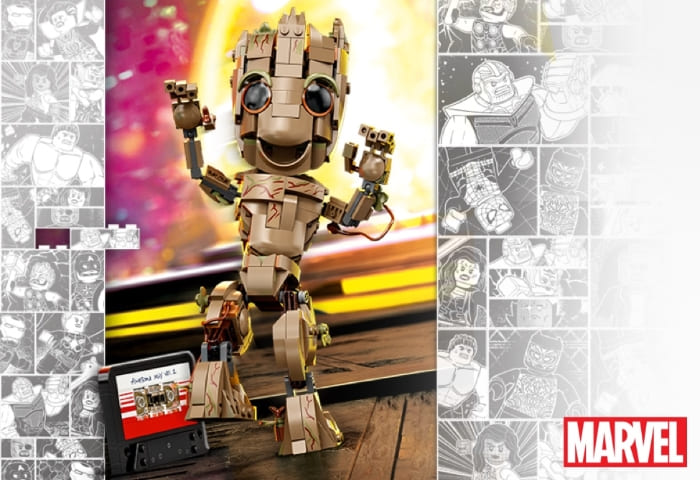 The plaque, for instance, gives you all the details you need to know about Groot. And everything listed simply says, “I am Groot”, which is technically correct. Plus, the brick-built cassette is a nice throwback for the older builders out there who remember the technology.

One thing I’ve noticed, though, is that these statues have an emphasis on looking good rather than being playable. This means many of the details on the figure are a bit more delicate. Additionally, LEGO designers are not afraid to reduce the available motion of a joint in order to have a more seamless appearance. It is this technique I want to focus on today.

Standard LEGO joints have a ton of functionality. They have the widest range of motion but often don’t look that great. Groot has joints like this in his arms and legs. The most you can do to disguise them is by either matching the colors so the joints don’t stand out as much, or making covers for the joints. 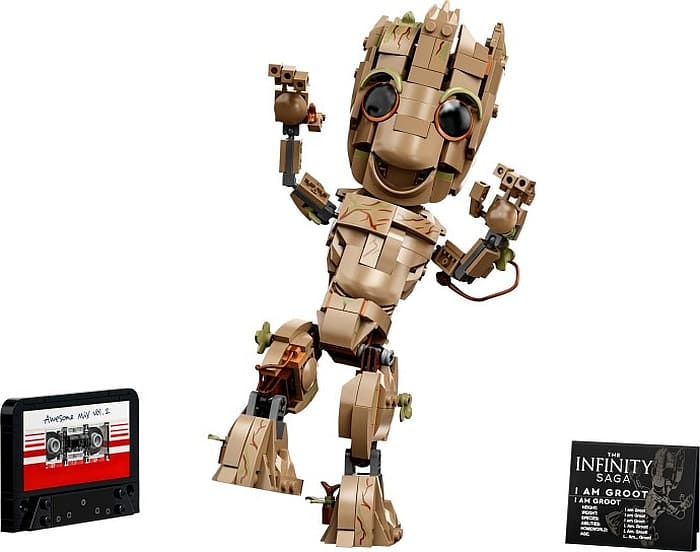 In the first case of just matching colors, it is more of a camouflage than an actual solution. The joints are still visible and out in the open, they just don’t attract as much attention. As for the second case, the covers themselves often need to be movable, which tends to make them fragile designs. However, this model gives another option…

Let’s say you aren’t afraid to sacrifice some motion. In this case, you may want to utilize collaring. This is where you build up a section around a joint in order to hide the joint. Groot features two collared sections. One is his waist while the other is the underside of his head.

Both of these sections use ball-joints for the joints that are being collared. This is not a requirement of the technique. However, ball-joints often are the most versatile when it comes to collaring.

The only rule of thumb with this technique seems to be how thick the collar is and how much space you can afford to give it before encountering problems. Thinner collars are going to be more brittle but can offer more mobility in a joint. However, if you can make one side of the joint thinner than the collar and give little to nothing for the collar to run into then you can salvage most, if not all, of the mobility. Stalks and necks are good examples of where this might be possible.

When we build as LEGO fans, we often just consider functionality and aesthetics as two elements we always want to have. For the most part, they serve us well. However, for the truly artistic, there are ways to upset this balance.

The upside of doing this is to gain a more detailed appearance and a more refined model. The opposite is also true. The entire LEGO Technic line is an example of pure functionality without worrying about how a model looks. It’s your choice on how you build and what your style is. Hopefully collaring is something that can give you the inspiration for your next masterpiece!

If you would like to take a look at the interesting building techniques in the #76206 LEGO Marvel Iron Man figure and the #76217 LEGO Marvel Super Heroes I am Groot set, visit the LEGO Marvel section of the Online LEGO Shop. 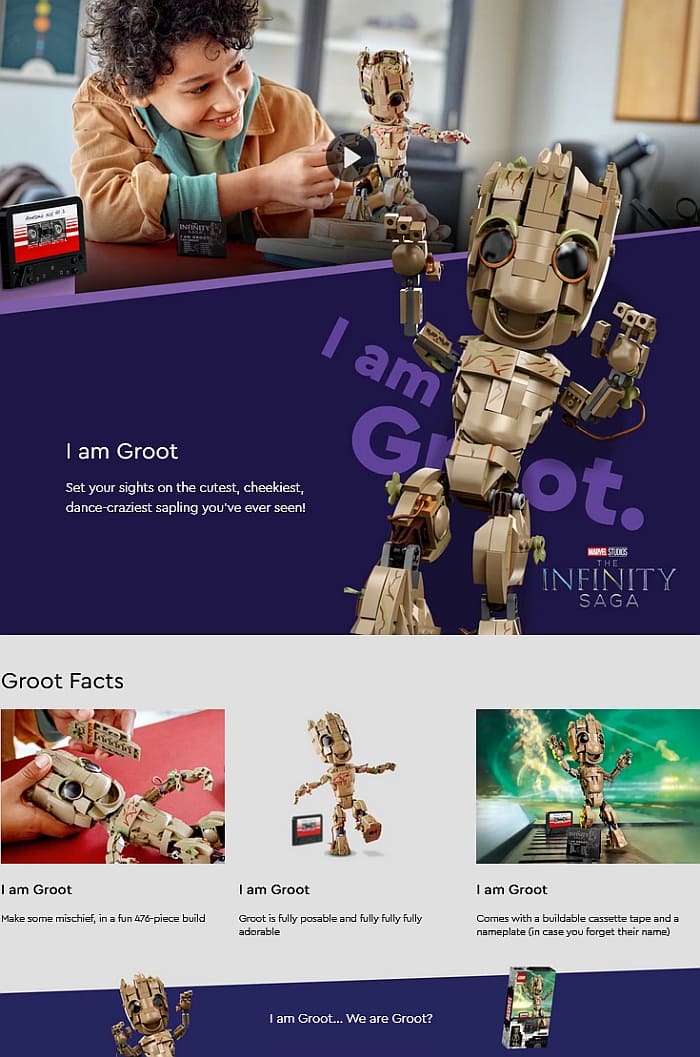 What do you think? Do you have any of the statue-type display sets? What’s your experience with them? And how do you like the building techniques? Feel free to share and discuss in the comment section below!