A couple of days ago, an interesting article caught my eye on the LEGO Ideas blog. Brothers Thomas and Nicolas Carlier (a.k.a. BRICK PROJECT and CARLIERTI) were interviewed about their LEGO Ideas project featuring scenes and characters from the beloved Disney/Pixar animation titled Ratatouille. 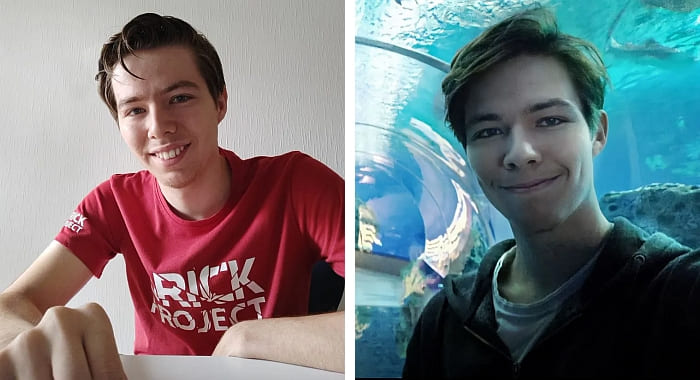 Thomas and Nicolas are from Switzerland, and they are both 24 years old. Thomas is a medical student and Nicolas studies architecture. And besides their studies and hobbies, they also managed to submit a large number of projects to LEGO Ideas, including several that reached 10,000 votes and made it to the review stage such as the LEGO Medieval Market, LEGO Night at the Museum (two versions), LEGO Escape Game, three versions of the LEGO Ratatouille project, and many more. 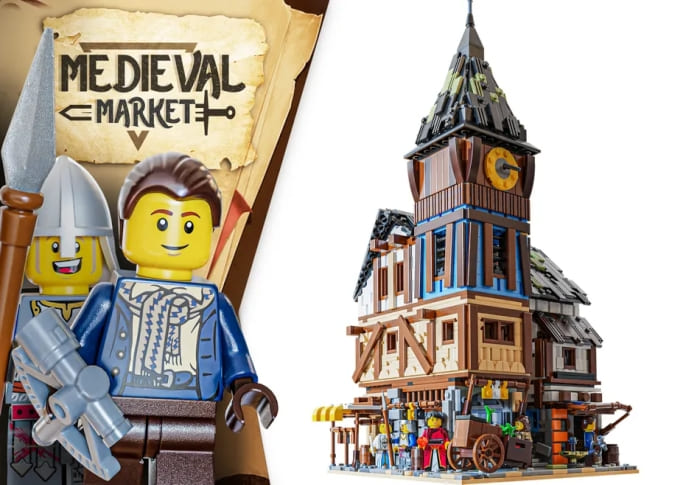 Thomas shared in the interview: “Since the release of Ratatouille in theatres, I immediately fell in love with the story, the cinematography, the sound work, and the characters. It’s rare to have a film that mixes so many emotions (joy, sadness, fear, and hope) while keeping a fairly homogeneous and coherent plot. I must say that even if I am still a big Pixar fan, I find that none of their recent films have managed to surpass Ratatouille, despite the fact that the animation techniques were much less advanced in 2004. Even though Pixar movies gather a certain audience, surprisingly I see very few LEGO sets derived from them, and it’s a shame. That’s why I decided to submit a LEGO Ideas project based on Ratatouille, in the hope of making things happen. Seeing one day a set based on this masterpiece would be a dream come true for me!”

Just like the brothers, I’m a big fan of Ratatouille, so I have voted for all three versions of the project and have been watching their progress with interest. The first version from 2019 featured a highly detailed interior of the restaurant’s kitchen, a small dining area, a mini rat restaurant on the rooftop, as well as minifig versions of Linguini Alfredo, Colette Tatou, Skinner, Anton Ego, and a micro-figure of Rémy! The project quickly reached 10k votes and went under review with other projects, but was ultimately rejected by the LEGO Ideas team. 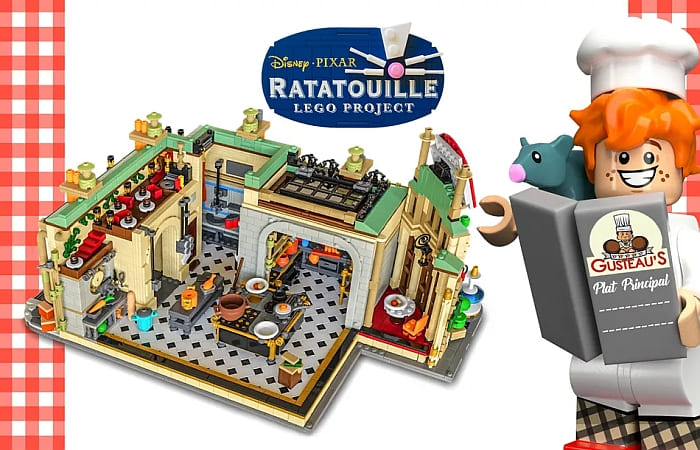 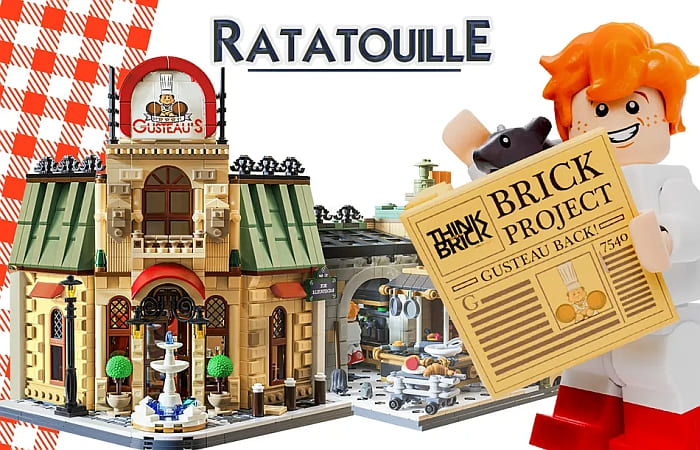 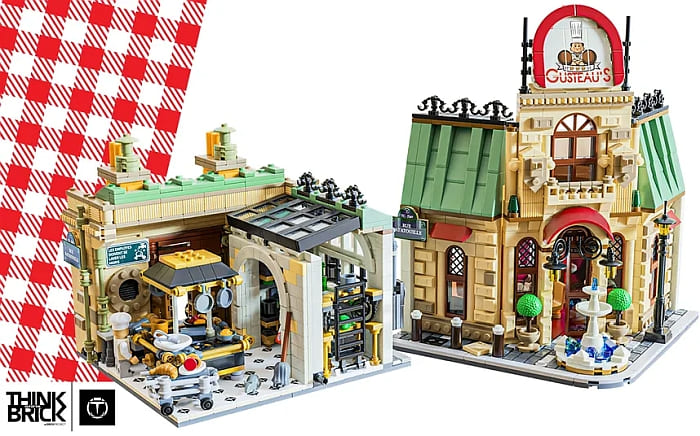 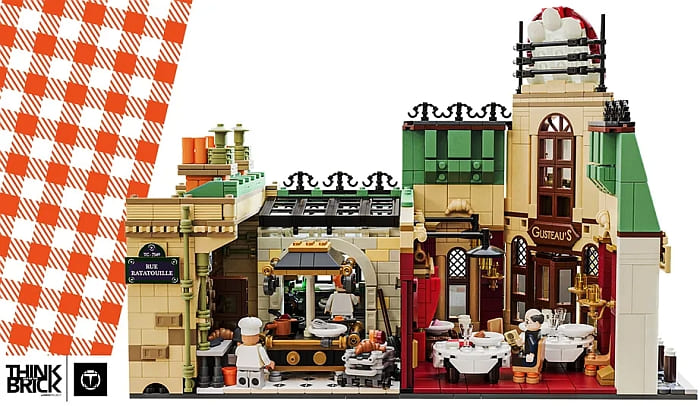 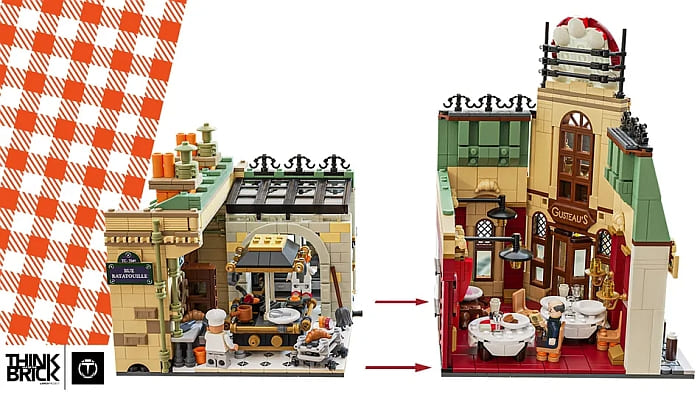 The brothers also released this fun video of the second version of the project.

Then, in 2022, the brothers tried again with a third version of the project. They brought back the rat restaurant from the first version, and also added Linguini’s apartment. The new layout is not exactly like in the film, but the compact design allows fans to recreate almost all the scenes from the movie like the backyard of the restaurant where Linguini and Colette shared their first kiss, Linguini’s kitchen where the latter met Rémy for the premiere, the restaurant itself where Ego tasted the succulent Ratatouille, the rat restaurant which welcomes the most gourmet rats, and Linguini’s apartment where Rémy and Linguini learned to coordinate their movements. Just like the brothers, fans of the project remained dedicated and voted again to bring Ratatouille under review. We don’t know if it will be accepted this time, but I do believe this project has great potential as a LEGO set. 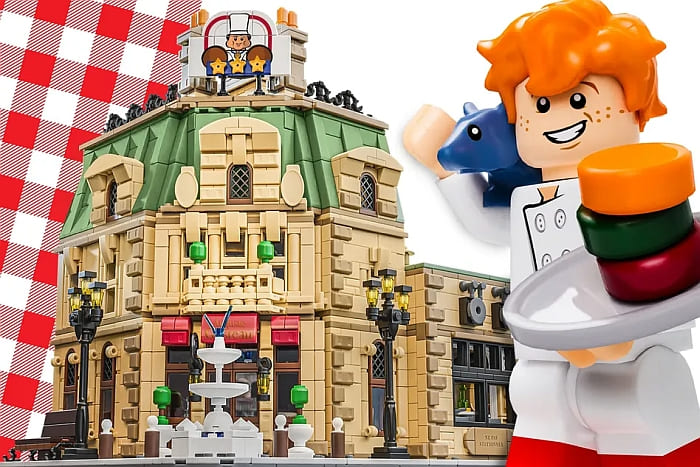 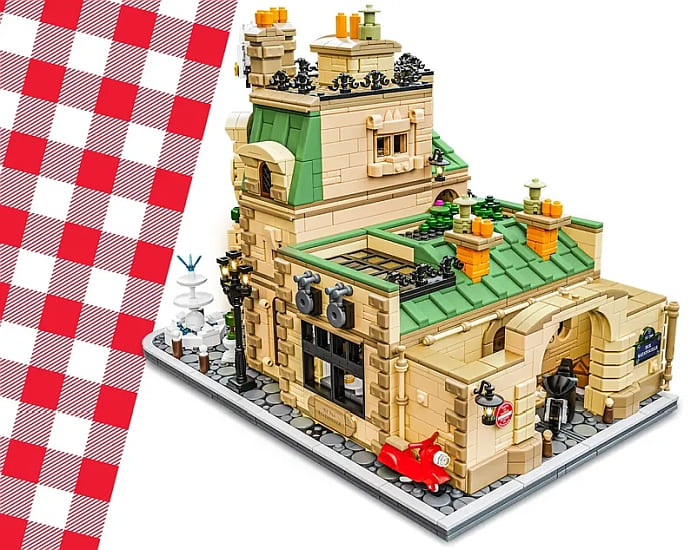 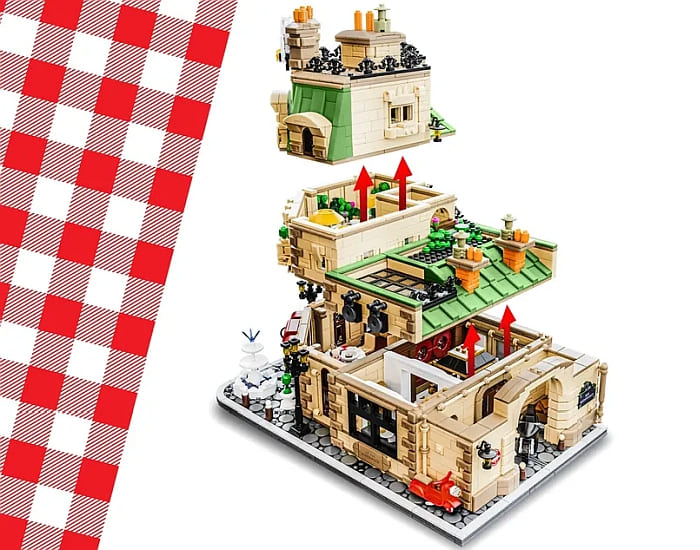 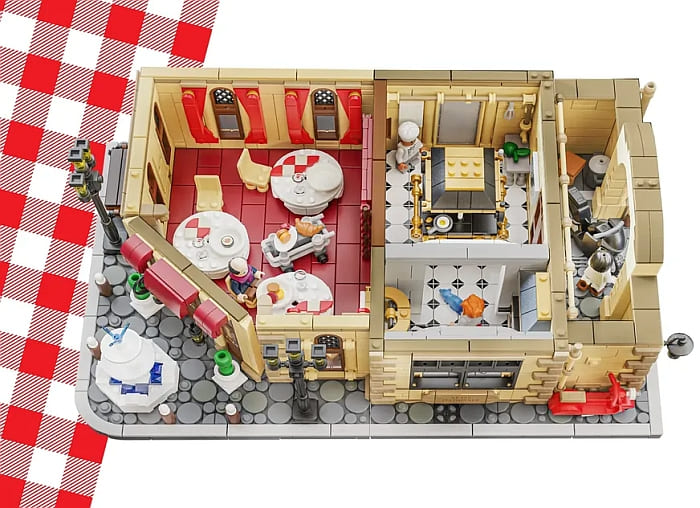 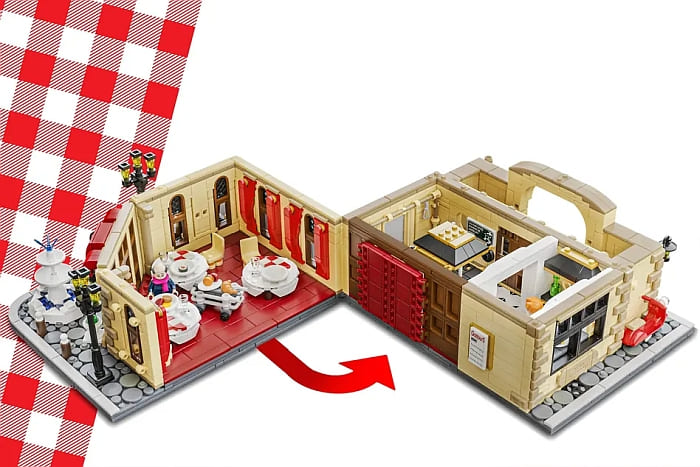 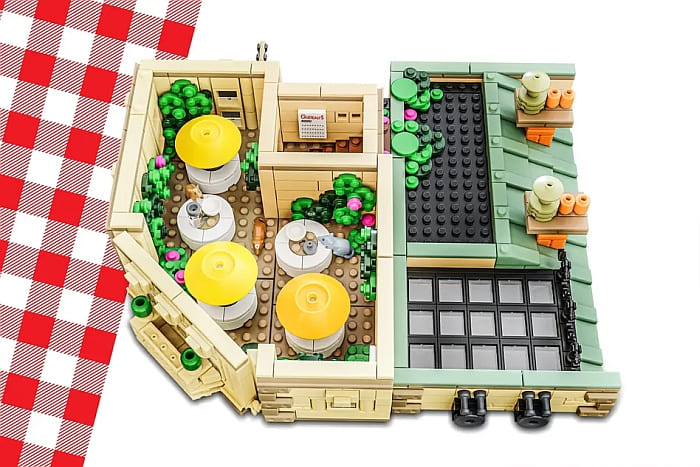 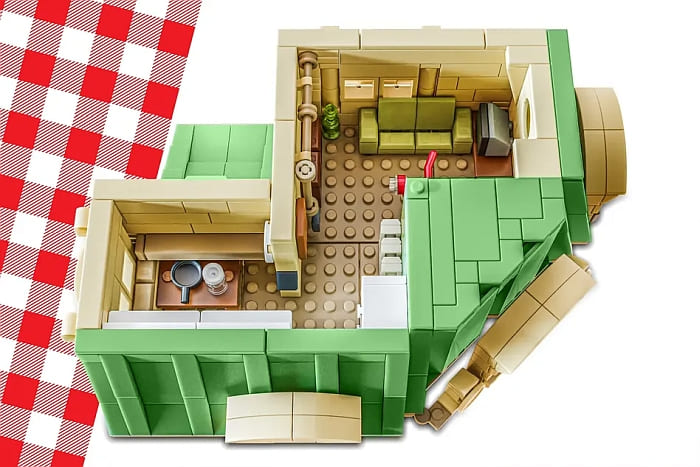 It’s interesting to note that the LEGO Escape Game and the Night at the Museum project also reached 10k votes and are currently under review along with Ratatouille. I’m rooting for Ratatouille, but I also really like the other two. I do hope that the brothers will be successful with at least one of them. If you would like to follow the brothers, Thomas is under @brickproject_lego on Instagram, and Nicolas @nicolas_builds. 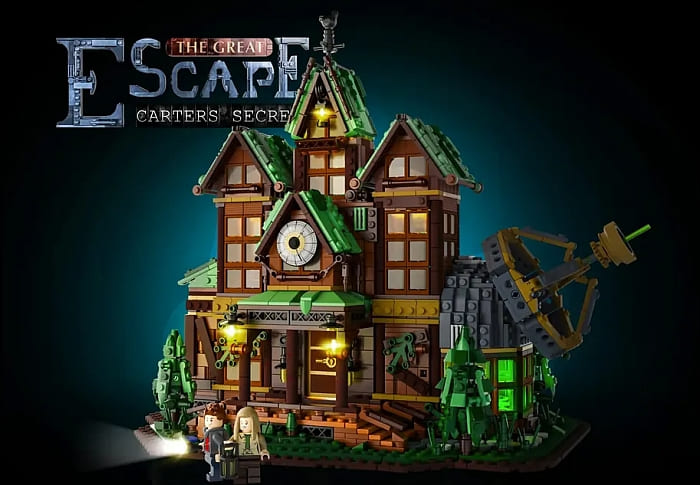 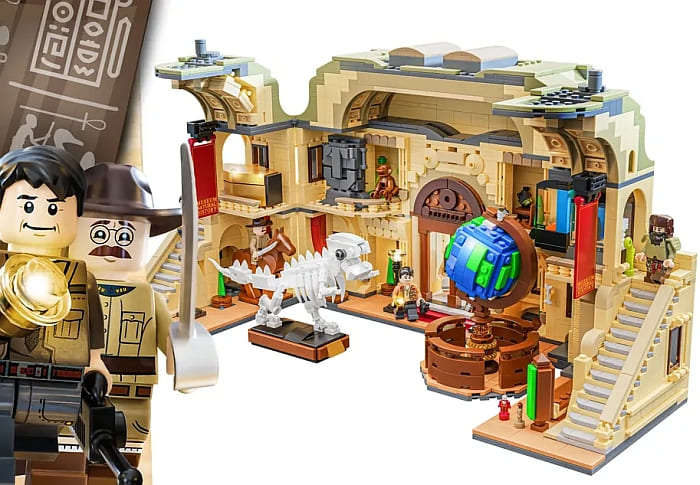 What do you think? Did you vote for any of the projects submitted to LEGO Ideas by Thomas and Nicolas? And what do you think of their rendition of Ratatouille? Would you like the project to become an official LEGO set? Feel free to share and discuss in the comment section below!

Next post: LEGO to Celebrate 100 Years of LEGO Disney