Here is another great behind-the-scenes LEGO video from LEGO brickfilms creator the BrotherhoodWorkshop. In this video Kevin Ulrich invites his brother David Ulrich to share some of his secrets. 😉 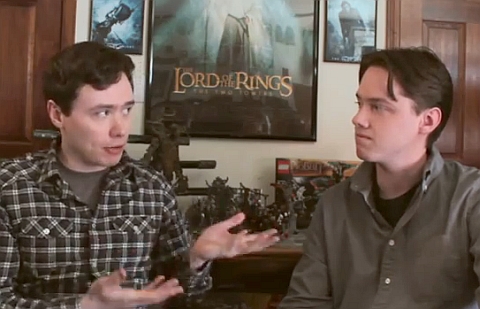 In today’s video David talks about how he built that great looking LEGO Treebeard in their Christmas special video. (You can see the original video here: LEGO Christmas the Orcs Way…)

As you can see in the video, David is a true LEGO customizer, not afraid to use mixed media methods, unconventional LEGO building styles, and other tricks to make his LEGO Treebeard as realistic as possible.

So did you learn something? Are you inspired by any of David’s methods to create your own LEGO custom creations, or even take up making LEGO brickfilms? Feel free to share your thought in the comment section below! 🙂

To see the BrotherhoodWorkshop’s videos check below, and you can also visit their YouTube Channel directly for more: