There have been rumors and low quality pictures circulating of the 2013 LEGO Lord of the Rings sets for quite some time now, but with the Toy Fairs behind us we can finally see what’s coming in their full glory. So let’s take a closer look. (Click images for larger view.) 🙂

➡ #79005 LEGO Lord of the Rings The Wizard Battle  – small set featuring Saruman and Gandalf the Grey in their great battle. Price: $12.99 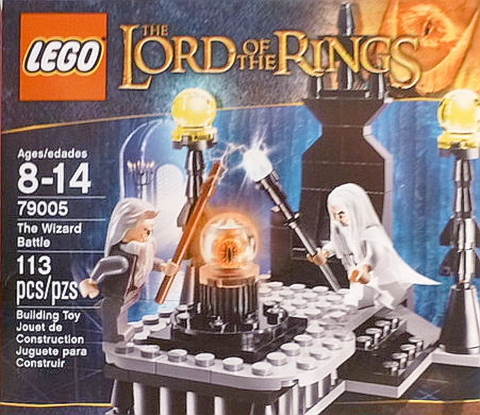 Here are the details of the set – nothing fancy, but it does include both of the great wizards as well as the Eye of Sauron. 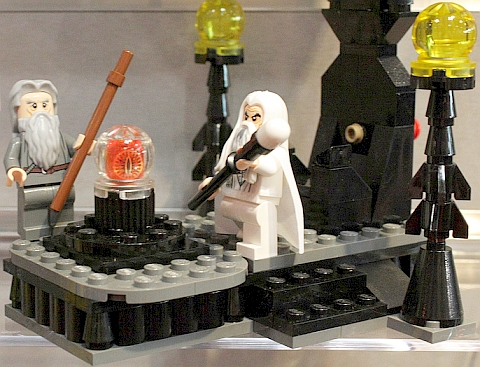 ➡ #79006 LEGO Lord of the Rings The Council of Elrond – Nice small set with some wonderful minifigures, two being exclusive to this set. Includes 4 minifigures: Elrond, Arwen, Frodo, and Gimli. Price: $29.99 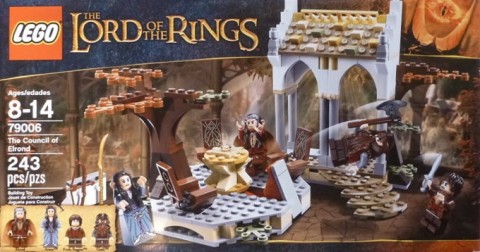 Below is a close-up of the Council of Elrond. I believe the high white arches are new, as well as the leaves in dark orange. It will be worth picking up several of these for the parts and minifigs. 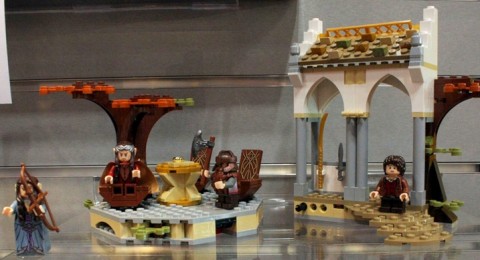 And here are two of the loveliest minifigures in this series: Elrond and Arwen Evenstar. Frodo is the same as before but with a new face and no cape.

➡ #79007 LEGO Lord of the Rings Battle at the Black Gate – Fly the Great Eagle high above the Black Gate of Mordor where Aragorn and Gandalf the White must distract the Eye of Sauron. Use them to stage a scene while Frodo Baggins and his friend Sam throw the One Ring into the fiery depths of Mount Doom and destroy it forever. To reach the Ring’s final destination, you must defeat the Mouth of Sauron and the Mordor Orcs positioned high in the spiked gate walls. Then breach the gate and lead the attack on the enemy! Includes a Great Eagle and 5 minifigures: Aragorn, Gandalf the White, Mouth of Sauron, and 2 Mordor Orcs. Price: $59.99 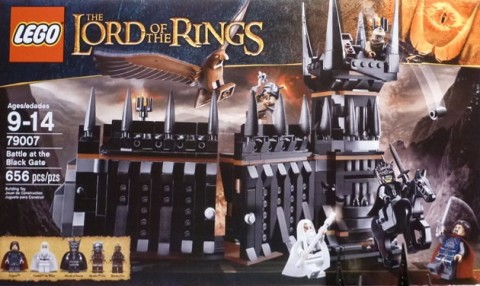 Here is a close-up of the Black Gate along with the awesome eagle and the minifigures. This will be another set worth buying a couple. 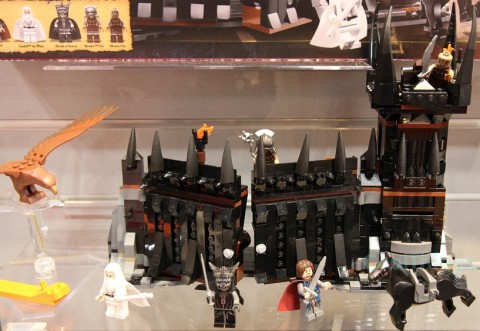 Unique to this set is the Mouth of Sauron, and here is also a picture of Gandalf the White, and Aragorn in Gondor armor.

➡ #79008 LEGO Lord of the Rings Pirate Ship Ambush – Aragorn gained the help of the King of the Dead and his army of dead soldiers. With their assistance he was able to take over the corsairs of Umbar and used their ships to help Gondor and Rohan. Includes 9 minifigures: Aragorn, Legolas, Gimli, King of the Dead, two Soldiers of the Dead, Pirate of Umbar, and two Mordor Orcs. Price: $99.99 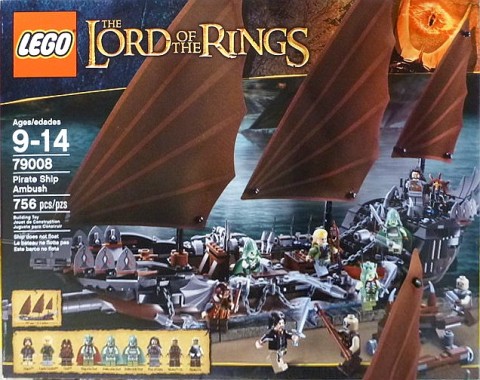 Here is a close-up of the ship – well it is a big ship, so it is hard to get all the awesome details in one picture, but it gives you an idea. 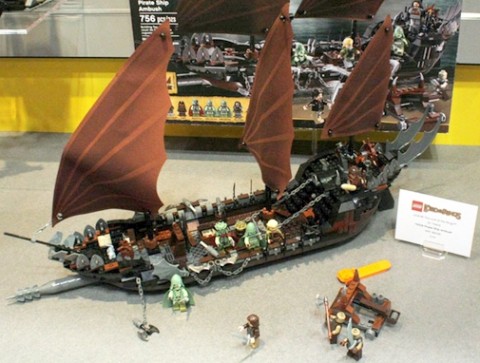 And here are some of the unique minifigures to this set; the King of the Dead, a couple of Soldiers of the Dead, and a Pirate of Umbar.

LEGO has done it again with this wave of Lord of the Rings sets. All of them are really outstanding. The only thing I would have wished for is that Soldiers of the Dead to have glow-in-the-dark helmets and armor as they were kind of glow-ish in the movie. But that is just a very minor detail. Otherwise I’m very happy with these sets. How about you? What do you think of the new Lord of the Rings sets? Feel free to share your thoughts and discuss in the comment section below. 😉

Next post: The ideal LEGO room: build a LEGO wall!