At the beginning of this month Series 3 of the LEGO Mixels characters were officially released. I got them immediately as I really enjoy LEGO Mixels; funny characters, great colors, excellent parts-selection – what is there not to like? So let’s talk about these little buggers! 🙂 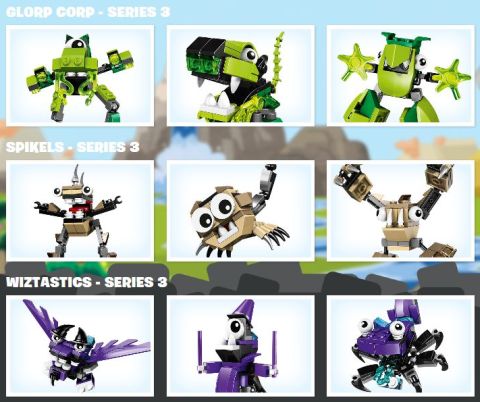 As you probably know already, the characters are actually connected with a TV show on Cartoon Network, but the show is so mind-numbingly lame (like most things on Cartoon Network these days – poor kids!) I won’t talk about it here, however here is a picture of how the Series 3 LEGO Mixels actually look like in the show. 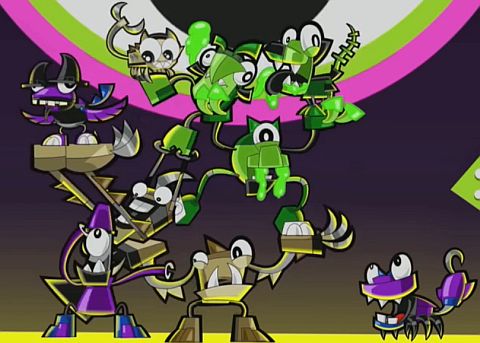 Just like in the previous two series, LEGO Mixels Series 3 includes three tribes. The first of all there is the Glorp Corp. These are the lime-green/green LEGO Mixels. Here is their official description: “The green, gooey Glorp Corp is a swamp-dwelling tribe of outrageous thrill-seekers.”

The tribe includes Glomp, who is “always hatching crazy schemes, but the real thing to look out for is his runny nose”, Glurt who is “a slobbering slime hound is an avid garbage collector, gobbling up all the trash he can find”, and Torts – “everything sticks to this slow-moving guy because his hands are covered with gloopy slime”. And of course like with previous series, you can combine the three characters into one, called a LEGO Mixels Max. Below is the LEGO Mixels Glorp Corp Max. You can download instructions to build it at the official LEGO Mixels website.

The second tribe in Series 3 of LEGO Mixels is the Spikels. These are the tan/brown LEGO Mixels. Here is their official description: “The fun-loving Spikels think of themselves as cute and cuddly, often forgetting they’re covered with dangerous spikes.”

The tribe includes Footi, “a lanky livewire who lives to skip, jump and dance with huge spiky feet”, then there is Scorpi, “a bug-eyed guy who loves to snuggle, which is difficult with that pointy tail”, and Hoogi who “loves to give hugs, even though that can be tricky with his spiky claw hands”. (I don’t know who comes up with these goofy descriptions, but nonetheless the characters are cute.) And there is the LEGO Mixels Spikels combined character called LEGO Mixels Spikels Max. You can download instructions to build it at the official LEGO Mixels website.

The third tribe in Series 3 of LEGO Mixels is the Wiztastics – an interesting name. These are the purple/black LEGO Mixels. Here is their official description: “The Wiztastics are a traveling troupe of magicians known for putting on the most spectacular shows in the land.”

The tribe includes Mesmo an assistant magician, “who makes up for his lack of showmanship with a magic tail that drops spells”, Magnifo, “who may be cheesy, but this super-confident magician puts loads of energy into every show”, and Wizwuz – “whether burping magic spells or hanging around, this goofy assistant loves to perform”. And there is the LEGO Mixels Wiztastics combined character called LEGO Mixels Wiztastics Max. You can download instructions to build it at the official LEGO Mixels website.

As I have mentioned, as an adult LEGO fan I really don’t care for all these descriptions and the TV show (although little kids may enjoy those too), however the characters themselves are greatly enjoyable for teen and adult builders as well. The parts-selection is fantastic with lots of those new small ball-joints, printed eyes and more, and also the building techniques are very interesting. Below you can watch the review on each of the LEGO Mixels Series 3 sets by JANGBRiCKS:

Also, remember when we talked about the pastime of building LEGO sets inside their original packaging? (See: The LEGO Build-In-The-Bag Challenge…) LEGO Mixels are perfect for this! Next time you get a LEGO Mixels package give it a try! Open the outside packet, but do not tear open the inside clear packaging – try to build the character inside the bag! 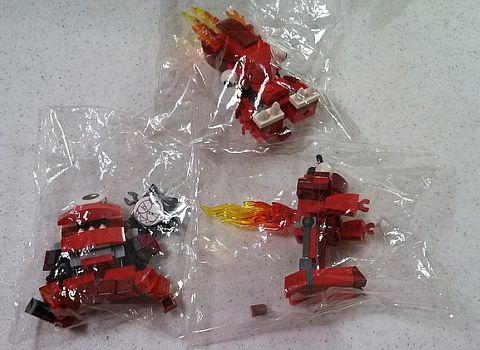 In addition, LEGO Mixels inspired many fun competitions at LEGO club meetings, conventions and online. The crazy contraptions people have been building with these little sets are quite amazing and very creative. For example check out these LEGO Mixels Mega Mix characters Andrew Lee, who actually combine into one giant character that was built for the LEGO Iron Builder Mixel Party competition. 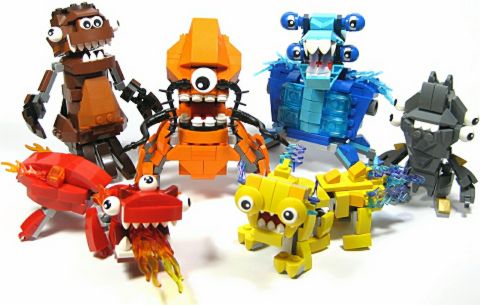 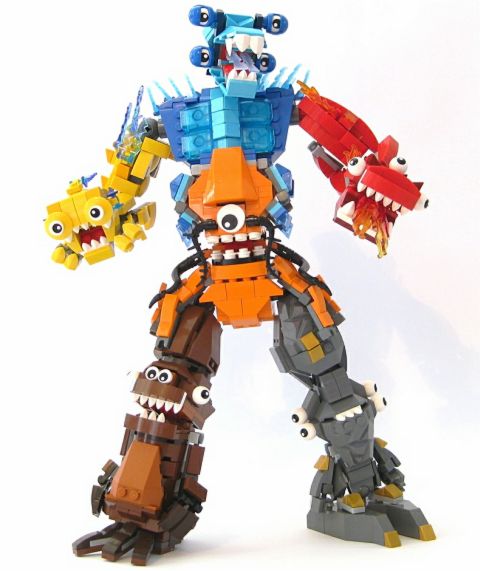 If you haven’t gotten yourself any LEGO Mixels yet, I encourage you to try them out. They are cheap little sets (only $5) each, but with so much potential both individually and mixed up. They should be available at LEGO retailers by now, and you can also find them at the Online LEGO Shop. 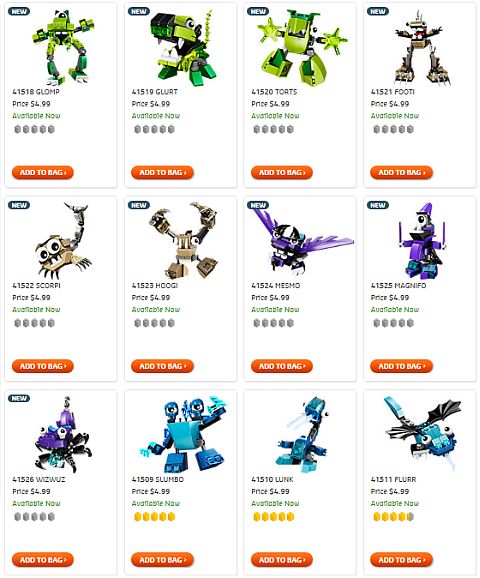 As far as the future of LEGO Mixels, interesting piece of news that came out of the recent San Diego Comic Con is that LEGO is in fact planning to continue LEGO Mixels with at least one other series. Only three characters were shown from Series 4 of LEGO Mixels at the event: the fiery Burnard (either another member of the Infernites or perhaps from a new fiery tribe), Globert who looks like a bat, and Nurp-Naut who appears to be from an astronaut tribe. LEGO Mixels Series 4 should be available next February. 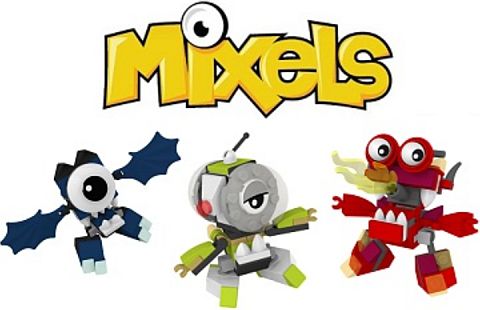 So what do you think? How do you like the LEGO Mixels characters? Do you own some of them or collect them all? And what do you think of Series 3? What about Series 4? Are you looking forward to more sets in the future? Feel free to share and discuss in the comment section below! 😉

Next post: Save LEGO Lord of the Rings – a petition