Today’s post will look at a recent change on the LEGO CUUSOO website as well as feature a few LEGO fantasy/historical projects that I really like and hope you will too. 🙂

I’m happy to announce that there is now an approval step before a project goes live. I’m happy because it’s a good change and one that will hopefully move the site towards higher quality LEGO projects. Below is a quick run-down of what this change means:

CUUSOO staff will now actively approve or deny projects before they go live. They will review a LEGO project against the CUUSOO Guidelines & House Rules. If everything looks okay, they will approve it. If not, they will reject it and include comments as to why it can’t be approved in its current state. (Click image for larger view and better readability.)

A key thing to note here is that they are not endorsing the LEGO projects at this phase. They are only checking to make sure it doesn’t violate the rules. They will check for plagiarism, but they can’t guarantee they’ll catch everything so the community can still report projects.

They are also going to start going through existing LEGO projects and do the same review process. This will take time and, as above, they encourage people to flag anything suspicious. But be polite about it; don’t flame in the comment sections of projects.

One last thing; for LEGO projects that may have something just a little off, CUUSOO staff is providing guiding comments for changes rather than completely rejecting the project. One of the biggest issues is poor quality of photos or using copyright photos.

Here is CUUSOO’s blog entry on this topic. There are some interesting comments and responses below the post. You can read it here: Approval Process for New Projects on LEGO CUUSOO.

One of my biggest loves in LEGO is the fantasy and historical creations. I ran across a few cool projects the other day and wanted to share them with you. (You can click on any of the images to see details and vote for the project.)

💡LEGO SCORPION’S SOUL PIRATE SHIP:I know this would be freaking expensive, but if Star Wars can have their ultimate ships, why can’t pirates? I’ve always loved the LEGO Pirates series and their ships. I was so happy when my husband bought me the #10210 LEGO Imperial Flagship for my birthday last year. It’s such an amazing and detailed ship. This Scorpion’s Soul is even more amazing. I would love to see this produced. I’d be hard pressed to come up with the money for it, but I would find a way! 😀 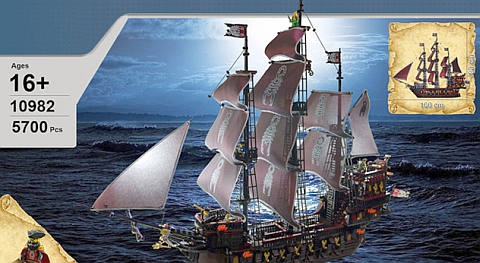 💡 LEGO THEME – THE GLORY OF ROME: I’ve been trying to support as many of the historical LEGO projects as I can, but I must admit that many of them are not very good. This one, on the other hand, has real potential. The project creator mminnitt is putting a lot of effort into creating actual LEGO sets for this theme with some very cool minifigures. No full LEGO theme project proposal has reached 10,000 votes yet, so it’s unsure how this will go, but I’d be happy with even one set from this LEGO project, hopefully the one with Queen Boudicca. 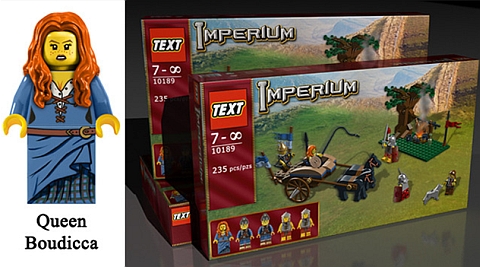 💡 LEGO GAME – ENCHANTERS OF LEGAMORIA: As many of you probably know by now, I am a huge fan of Matthew Copel’s LEGO projects. He’s made quite a few high-quality LEGO projects and he’s done it again. Enchanters of Legamoria is a game quite like chess, but with a wide variety of playing-pieces that have different abilities. I love the different pieces he’s created – I’d love just to buy those as sets – but I really think this LEGO game has potential. It has a lot more strategy to it than any of the LEGO games released so far. I definitely recommend checking out legamoria.com for the full rules and printable versions so you can try it out. 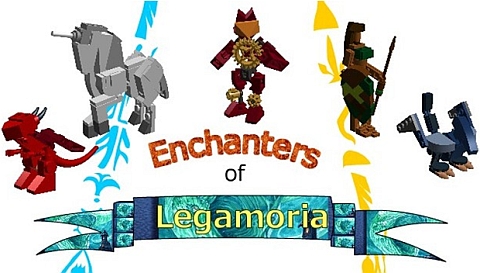 So what do you think of the new CUUSOO approval process? Do you like any of the LEGO projects I’ve featured here? Are there any that you want to share? Please post in the comment section below. I’d love to know what you think! Also, you may want to check out these other posts on LEGO CUUSOO: