There has been lots of LEGO news popping up during the past few weeks: new LEGO Star Wars, and LEGO Hobbit sets, 2013 Super Heroes minifigures, Series 8 Minifigures, etc. Ninjago hasn’t been completely left out either; however it has been mostly random bits and pieces of information floating around – not enough to write a full post about. But I thought to at least write a brief recap of the Ninjago news surfacing these days. 🙂 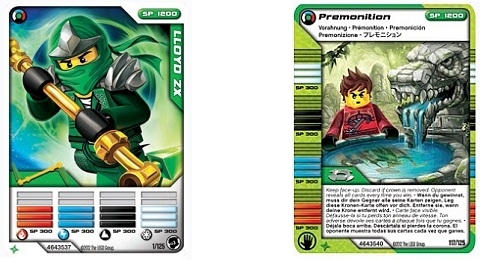 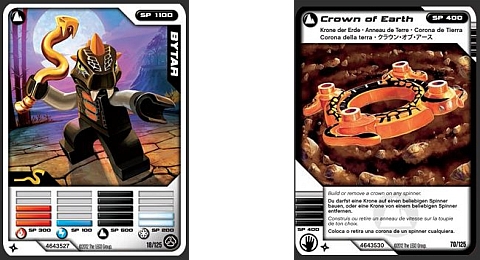 ➡ LEGO NINJAGO – #44 Poison Whips Battle Card:  included in Lizaru’s booster-pack. 100 Fire SP. Add the above on spinner until a player wins, then remove.

➡ LEGO NINJAGO – #99 Spirit Guard Crown Card: included in Slithraa’s spinner-set. 400 ice SP. Keep face-up; discard if Crown is removed. Build one of the above on spinner every spin, then remove. 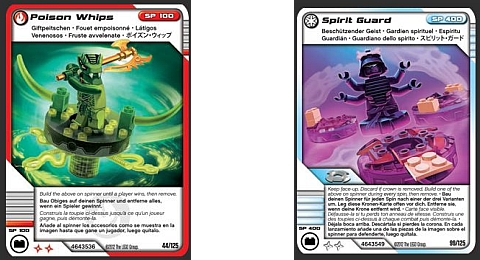 None of these Spinjitzu cards seem especially great, but Poison Whips in particular has remarkably low SP. Spirit Guard is a nice card if you enjoy adding things to your spinner. On the other hand Premonition is not so good as very few characters have 1200 SP! 🙁

Another interesting bit of Ninjago news is the image below; the cover of a new Ninjago comic-book by the publisher PaperCutz that is supposed to be released in February. In this image, the four ninja appear to be outfitted in something like a traditional Japanese Kimono, although they do still have the ninja-emblem on their head-wraps. And check out those stone warriors the ninja are facing! 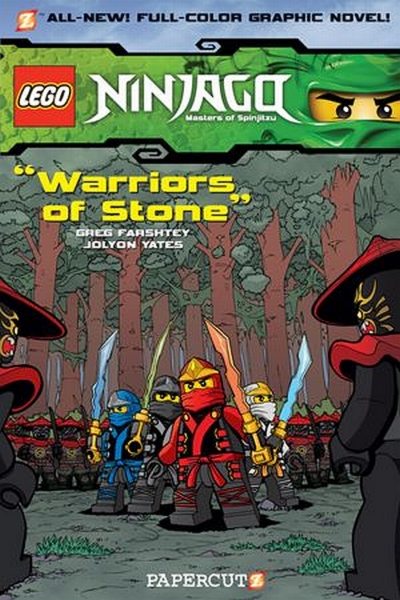 Also, there is going to be a LEGO Ninjago Character Encyclopedia including a “special edition” Lloyd minifigure, with an outfit that looks very similar to the Kimono on the front of the book by PaperCutz. My guess is that the ninja will continue to have the shoulder-armor piece even if their outfits change, as the special edition Lloyd also has the shoulder-armor. It’s also interesting that the ninja are using something like the light-sabers in the TV-show, Ninjago Masters of Spinjitzu Episode 18 – Child’s Play. 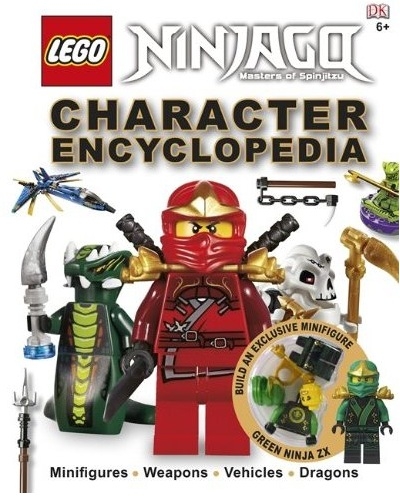 It doesn’t quite make sense for Lloyd to be “special edition” though if the rest of the ninja will also look like him eventually. But the PaperCutz stories and images don’t always follow closely the story-line of the TV-show. I also think he looks a bit odd with golden shoulder-armor. Maybe I’m just used to him more with the darker armor-piece. 🙄 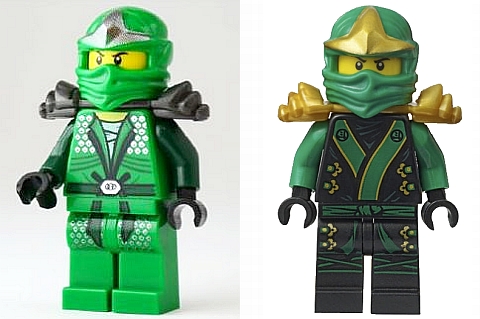 So, what do you think about the new Spinjitzu cards? And how do you like the new ninja outfits? And what about the stone warriors? Feel free to share your thoughts in the comment section below! 😉

For more Ninjago news and discussions, head over to the LEGO Ninjago Section, or check out some of these related posts:

Next post: LEGO Lord of the Rings The Hobbit characters